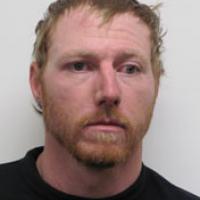 When and where did you begin this sport?
He got into skiing at a young age in Hidden Valley, a small hill near his hometown of St. Louis, MO, United States. He later moved to Winter Park in Colorado at age 16 and began to take the sport more seriously.
Why this sport?
He took up the sport after a visit to the National Sports Center for the Disabled in Colorado, United States, which led to his ambition to become a ski racer.
Name of coach
Kevin Jardine [national]
Coach from which country?
United States

Nicknames
Crazy Train, E-Train (Facebook profile, 24 Jan 2014)
Hobbies
Spending time with his friends, playing golf, cycling, fishing. (teamusa.org, 21 Feb 2014)
Injuries
He fell during his first European World Cup event and broke his wrist, ruling him out of the rest of the series. (disaboom.com, 2011)
Impairment
He was born with cerebral palsy. (Vancouver, 21 Mar 2010)
Other information
GOLFER
He is an avid golfer, and during the summer he works at a local golf club in Colorado, United States. (Facebook profile, 24 Jan 2014)

FAMILY SUPPORT
As a teenager he visited the National Sports Center for the Disabled in Colorado, United States, where he decided he wanted to become an elite skier. He felt so accepted, and enjoyed it so much, he persuaded his family to move from Ohio to Winter Park, CO, United States, so he could begin training. He was so keen that he finished his studies early to start training full-time. (disaboom.com, 2011)