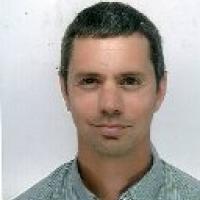 When and where did you begin this sport?
He began alpine skiing in 1990 in Mont-Saxonnex, France, two years after his train accident. Prior to this he had never skied, having lived in Africa for 17 years. However, he says he has always loved the mountains.
Why this sport?
Skiing is one of the few sports he discovered after his accident that allowed him to go fast. He initially got started by chance after finding a chair that had been modified to fit onto a set of skis. "That's how I started. It was very much a home-made contraption." He loves being in nature and wide open spaces, and the speed and sensations of the sport.
Club / Team
Faucigny Handisport: France
Name of coach
Michael Charriere [national], FRA

He broke his wrist in 2002, and underwent several shoulder operations before the 2006 Paralympic Winter Games in Turin. (canalctv.fr, 21 Mar 2010)

He has also fractured his femur during his career. (Athlete, 08 Mar 2014)
Other sports
He has competed in the Geneve-Montreux-Geneve 24-hour sailing race on numerous occasions. He has also competed in elite para-swimming events. (VANOC, 12 Feb 2010)
Impairment
A train accident resulted in the loss of his left foot and his right leg at age 19. (canalctv.fr, 21 Mar 2010; Athlete, 08 Mar 2014)
Other information
OCCUPATION
He is an engineer at the European Organisation for Nuclear Research [CERN]. CERN is the organisation responsible for the Large Hadron Collider, a particle accelerator that runs through a 27-kilometre tunnel under the Swiss-French border. (france-paralympique.fr, 22 Feb 2014; Linkedin profile, 12 Jul 2014)

AUTHOR
He is the author of the book 'Faux Pas' which recounts his first ascent of Europe's highest mountain, Mont Blanc, in 2003 on two crutches and an artificial leg. The book is also part autobiographical. (jeanyves.web.cern.ch, 01 May 2009)

AFRICAN CHILDHOOD
He was born in Africa and spent his first 17 years there. He had never skied before moving to France. (canalctv.fr, 21 Mar 2010)