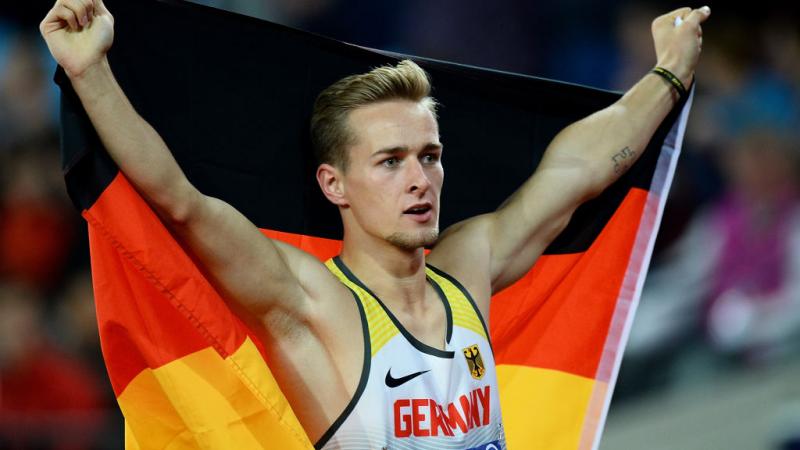 New to the Ones to Watch list for 2018, Floors cemented his place as a key contender in Para athletics after winning three gold medals at the London 2017 World Championships.

The German double-amputee sprinter had already shown great potential in 2016, just one year after making his senior international debut.

Floors, a former Para swimmer, won three gold medals at the Grosseto 2016 European Championships in Italy, finishing first in the 200m T44, 400m T44 and as part of the formidable German 4x100m T42-47 relay quartet, with which he also won gold at the 2015 World Championships.

Injury struck at Rio 2016 however, as Floors celebrated anchoring the German relay team home to gold, hurting his leg in the process. He was unable to compete in the 400m T44, the event he had won world bronze at in Qatar the previous year. Over-exuberant celebrations are consequently a thing of the past.

At London 2017 he was back in terrific form, winning 200m and 400m T43 gold as well as silver in the men’s 100m T44 behind Great Britain’s Jonnie Peacock. Relay gold once again went Germany’s way as Floors brought home the baton behind the US team who were subsequently disqualified for a lane infringement.

Floors was born with no fibulae, shortened shins and underdeveloped feet. At age 16 he chose to have his lower legs amputated. 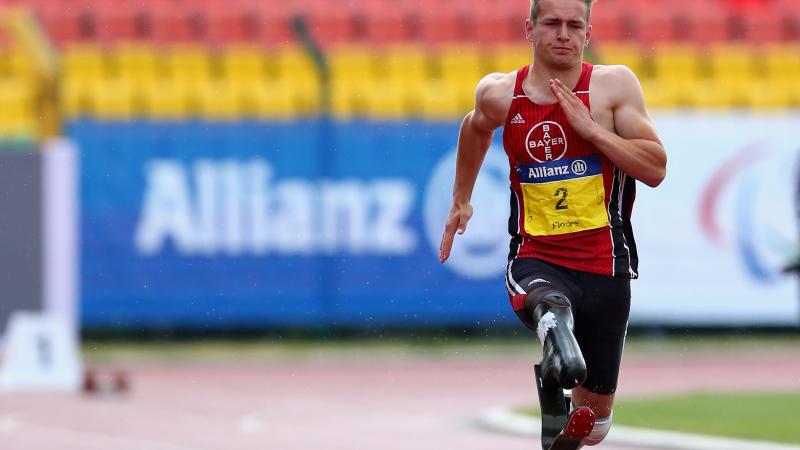 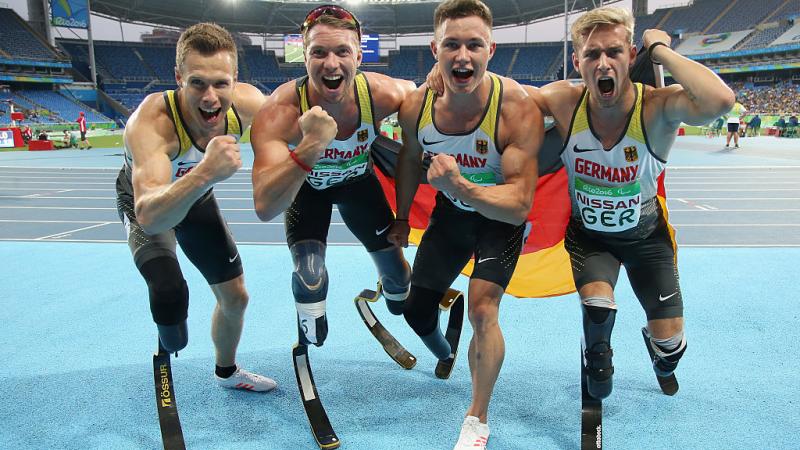 In 2010 he had to quit swimming due to a shoulder injury. (movens-magazin.de, 2015)
Superstitions / Rituals / Beliefs
He listens to heavy metal music before competing. (tagesspiegel.de, 08 Jul 2015)
Sporting philosophy / motto
"One day, you will be flying." (magazine.bayer.com, 14 Aug 2019)
Awards and honours
He and fellow 4x100m relay runners David Behre, Markus Rehm, and Felix Streng were named the 2016 Team of the Year by the National Paralympic Committee of Germany. (paralympic.org, 29 Nov 2016)

He was named the 2015 Male Junior Athlete of the Year by the German Sports Aid Foundation. (dbs-npc.de, 23 Nov 2015)
Other sports
He won silver and bronze medals in Para swimming at the 2010 World Junior Championships in Olomouc, Czech Republic. (fremdkoerperhsh.wordpress.com, 21 Jan 2015)
Ambitions
To win a gold medal at the 2020 Paralympic Games in Tokyo. (ispo.com, 30 Jan 2020)
Impairment
He was born with no fibula bones in his legs, shortened shins, and underdeveloped feet. At age 16 he chose to have his lower legs amputated. "I was in pain all day. I couldn't stand for 10 minutes. At some point I asked my mother what options I had. I told her I did not want to have this pain all the time. [After amputation] I am no longer in pain. Okay, the stump hurts at some point, but not after 10 minutes. It takes five or six hours before it starts to hurt. I am also viewed differently by others. Youngsters look at my prostheses and say, 'They are black, it's cool'. My appearance is completely different, and that gives me a different sort of self-confidence." (leichtathletik.de, 10 Nov 2019; faz.net, 18 Jul 2017)
Other information
FURTHER EDUCATION
He studied for a bachelor's degree in mechanical engineering between 2017 and 2020. He has also studied orthopaedics. "For me, studying as a balance to sport is very important. Mechanical engineering offers exciting new industries and many opportunities. But maybe later I will go back to the development or research of prostheses, then I could combine both. I do not believe in concrete plans for the future, but when the door opens to an exciting opportunity and the circumstances fit, I go for it." (LinkedIn profile, 01 Jan 2020; sport-rhein-erft.de, 24 Jul 2019) 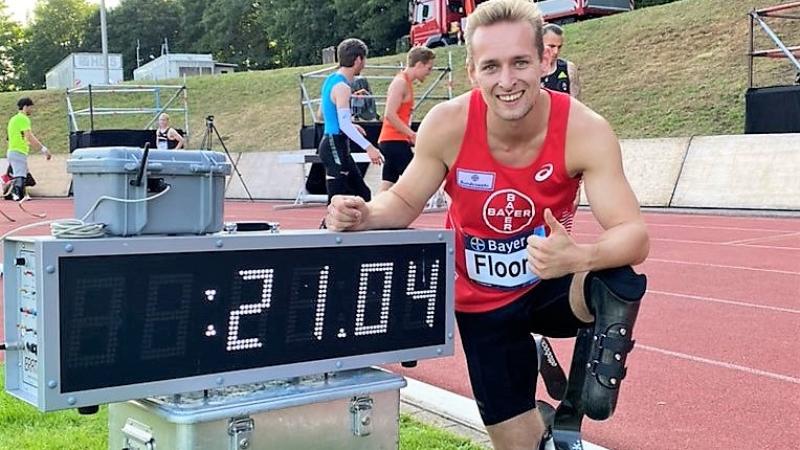 Join the Ottobock Get Together!