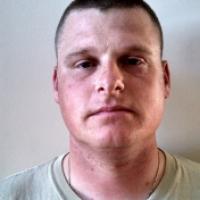 When and where did you begin this sport?
He was encouraged to join the US Army shooting team in 2011 and earned a post in the Marksmanship Unit in 2012.
Why this sport?
While attending a course at Fort Benning, GA, United States of America, he was told the US Army Marksmanship Unit had started a Paralympic programme and were recruiting new athletes. "I wasn't sure what it'd be like, but I tried out, and it's been great since."
Handedness
Right