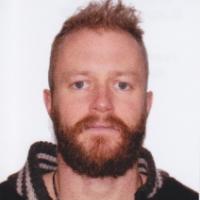 When and where did you begin this sport?
He took up the sport at age 15.
Why this sport?
He met the then Canadian national team coach in a restaurant by chance and was inspired to begin competing. "I fell in love with the sport watching the 2000 Paralympic Games in Sydney, and Canadian wheelchair racer Jeff Adams was extremely successful. That inspired me to give the sport a try."

In 2008 he was inducted into the Saugeen Shores Hall of Fame in Ontario, Canada. (joshcassidy.com, 16 May 2008)
Ambitions
To compete at the 2020 Paralympic Games in Tokyo. (Facebook page, 14 Oct 2019)
Impairment
He was diagnosed with neuroblastoma, a form of cancer, in his spine and abdomen in the weeks after he was born. Doctors initially thought that he would not survive but he was declared cancer-free after five years of remission. Both of his legs are partially paralysed as a result of the effects of the illness. (thestar.com, 05 Aug 2015; joshcassidy.com, 30 Aug 2012)
Other information
MOVIE ROLES
In 2015 he worked as a stuntman on the superhero movie 'Suicide Squad' when it was being filmed in Toronto, ON, Canada. "It was just a small stunt role, but a very exciting and a very new and unique experience for me." He starred as one of the principal characters in the 2020 film 'Swept Up by Christmas', which was directed by Philippe Gagnon. "I'm used to performing on a different type of stage so there's a lot of crossover but definitely this was something that's a new challenge. Anyone who knows me knows that I love new challenges, so I wanted to give it a shot." (bostonglobe.com, 17 Apr 2016; shorelinetoday.ca, 11 Dec 2020)

GRAPHIC NOVELS
He has spent a number of years writing and illustrating graphic novels. He was fascinated by superheroes as a child, which he says inspired him to create fictional stories of his own. "Characters like Daredevil or Wolverine, you have these people with flaws and overcoming things and doing things to help others that resonated with me. I started this graphic novel at the end of my university career and it kind of went on the back burner. [Then] I was gaining all this life experience, travelling the globe on my own spiritual journey, I just got deeper and deeper into the writing part when I was on the road until it became like three books." (inspirenorth.com, 03 Feb 2021)