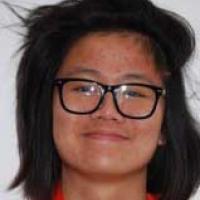 When and where did you begin this sport?
She took up snowboarding following a middle school trip to Mount Alyeska in Alaska, United States of America.
Why this sport?
"My middle school took a trip to Alyeska every year and they invited me to go and work with a programme there called Challenge Alaska."

EQUIPMENT GIFT
In December 2018 while participating in the Hartford Ski Spectacular at Breckenridge Ski Resort in Colorado, United States of America, she and eight other Para athletes were given new adaptive gear donated by US Para snowboarder Mike Schultz. She received a custom-made Versa foot, as well as a new snowboard. "I was super-duper surprised. It's a night and day difference compared to what I've been used to. I can finally hit jumps with speed, which I never could before." (people.com, 09 Dec 2018)