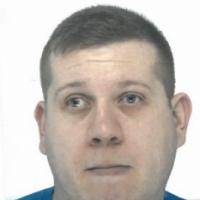 When and where did you begin this sport?
He took up the sport in 2008, having previously been involved in wheelchair basketball and powerlifting.
Why this sport?
A coach noticed his upper body strength and told him he should try the sport. "At the age of 11, the only sport available in Lincolnshire at that time was wheelchair basketball. I played that for five years, then went into the powerlifting GB development squad for 18 months because I could lift my own weight! Then I found my sport, discus."
Club / Team
Charnwood Athletic Club: Loughborough, ENG
Name of coach
Jim Edwards [personal], from 2008

Most influential person in career
Coach Jim Edwards, and his grandmother. (Athlete, 06 Dec 2010)
Awards and honours
In 2012 he was presented with a Sports Award for Special Achievement by the Sleaford Standard newspaper in England. (sleafordstandard.co.uk, 22 Aug 2012)

He was named Sportsperson with an Impairment of the Year at the 2011 Lincolnshire Sports Awards in England. (bbc.co.uk, 18 Nov 2011)
Other sports
At age 15 he became a member of Great Britain's powerlifting development squad. (sleafordstandard.co.uk, 11 Aug 2012)
Impairment
He was born with cerebral palsy. (digitalnewsroom.co.uk, 03 Jan 2014)
Other information
SHOT PUT FOCUS
He used to compete in both shot put and discus, but he began focusing solely on shot put ahead of the 2016 Paralympic Games in Rio de Janeiro after his discus classification was not included on the programme for the Games. "I had to change sport after the London Olympics as there was no discus in Rio, so I took up shot put." (pledgesports.org, 05 Aug 2016)