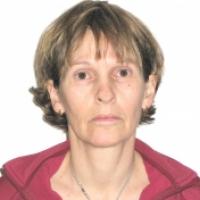 When and where did you begin this sport?
She took up the sport in 2014.
Why this sport?
Previously a Para alpine skier, she broke her ribs after falling on a number of occasions. She then took up Para archery to improve her concentration and allow her injuries to heal. She sustained an injury following the 2012 Paralympic Games in London, which led her to begin shooting.
Name of coach
Gale Stewart [national], CAN

Hobbies
Watching films, travelling. (Facebook page, 24 Nov 2018)
Hero / Idol
South African politician Nelson Mandela. (lynetremblay.ca, 2012)
Awards and honours
She received a Queen Elizabeth II Diamond Jubilee Medal from the Canadian Paralympic Committee [CPC] in February 2013. (newswire.ca, 27 Feb 2013)
Other sports
She represented Canada in Para archery at the 2008 and 2012 Paralympic Games. She has also competed in Para alpine skiing, as well as able-bodied cycling, triathlon, marathon running and sea kayaking at international level. (SportsDeskOnline, 06 Dec 2018; Facebook page, 27 Mar 2014; lynetremblay.ca, 2012; paralympic.org, 24 May 2018)
Ambitions
To compete at the 2020 Paralympic Games in Tokyo. (paralympic.org, 24 May 2018)
Impairment
She began using a wheelchair in March 1999 as the result of a neurological condition. She developed paraplegia in 2004 following a series of surgeries to treat a rare form of dystrophy. "Having a dream, goals, a plan, it distracts the brain from thinking about everything else." (cbc.ca, 01 Jan 2021; lynetremblay.ca, 2012)
Other information
FROM ARCHERY TO SHOOTING
She represented Canada in Para archery at the 2008 and 2012 Paralympic Games, before taking up shooting Para sport in 2014, after a national coach called her having been impressed with her ability as an archer. "The similarities between both sports are that you need to have a harmony between your spirit and your body, and your own [shot] sequences." (cbc.ca, 01 Jan 2021; paralympic.org, 24 May 2018)

OTHER ACTIVITIES
In 2020 she published her autobiography 'Dans la mire du destin' [In the Mire of Destiny]. She is also a qualified glider, aeroplane pilot and aeronautical builder. (lynetremblay.ca, 01 Jan 2021, 10 Mar 2016; YouTube channel, 13 Nov 2020)