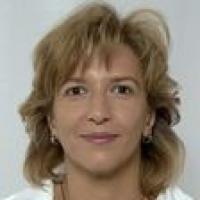 When and where did you begin this sport?
She began shooting at age 11. After her accident she took up shooting Para sport in 1998.
Club / Team
SG Mengshausen: Germany
Name of coach
Rudi Krenn [national]

Awards and honours
She has been decorated with the Silberne Lorbeerblatt Award [Silver Bay Laurel Leaf] several times in her sporting career. (dbs-npc.de, 31 Dec 2010)

She was named the 2010/11 Athlete of the Year in Hesse, Germany. (manuela-schmermund.de, 01 Jun 2011)
Ambitions
To compete at the 2020 Paralympic Games in Tokyo. (deutsche-paralympische-mannschaft.de, 2016)
Impairment
She has paraplegia as the result of a car accident in 1992. (manuela-schmermund.de, 01 Jun 2011)
Other information
COACHING
She works as a coach at the SG Mengshausen shooting club in Germany. (hersfelder-zeitung.de, 05 Jan 2017)

OTHER ACTIVITIES
She serves as an Athletes' Committee member for the German Olympic Sports Confederation [DOSB]. (goettinger-tageblatt.de, 20 Sep 2017)