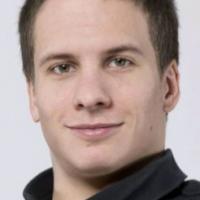 When and where did you begin this sport?
He took up the sport at age five in Heidelberg, Germany.
Why this sport?
He wanted to learn how to use his wheelchair so that he could become independent.
Club / Team
TV Herkenrath 09: Bergisch Gladbach, GER
Name of coach
Klaus Holler, GER, from 2005
Training Regime
He trains for up to 20 hours a week.

In March 2016 he had surgery to fix cartilage damage in his left elbow. He was sidelined for two months following the operation. (rnz.de, 13 Sep 2016; marc-schuh.de, 16 Mar 2016)
Ambitions
To win a medal at the Paralympic Games. (rnz.de, 13 Sep 2016)
Impairment
He was born with caudal regression syndrome, which means the lower part of his spine did not fully form in the womb. (Athlete, 07 Jul 2010)
Other information
OTHER ACTIVITIES
In July 2017 he was named a member of the International Paralympic Committee [IPC] athletes advisory group for Para athletics. He has also served as a spokesperson for the German Impaired Sports Association's department of athletics. (paralympic.org, 28 Jul 2017; dbs-npc.de, 2017)

HIGHER EDUCATION
He has studied for a PhD in physics at the Max Planck Institute for Nuclear Physics in Heidelberg, Germany. (blog.vdi.de, 24 Feb 2016)