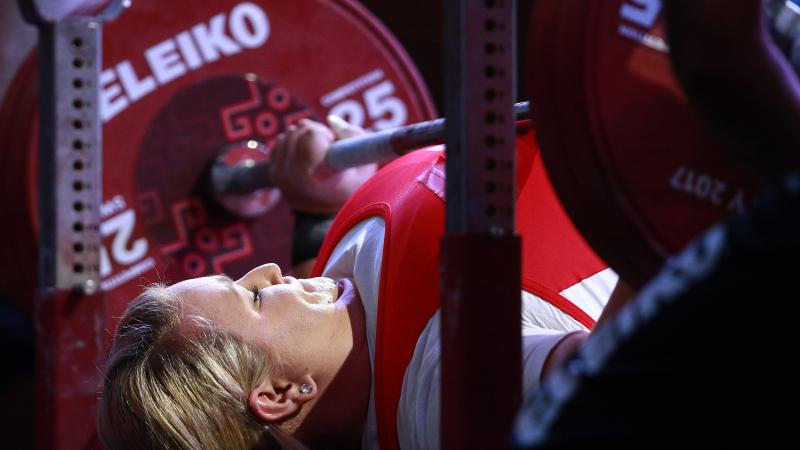 Marzena Zieba is currently enjoying the best moment of her powerlifting career. Most recently she took silver in the women’s over 86kg at the 2018 European Open Championships in Berck-sur-Mer, France.

In 2017, she secured her best performance at a World Championships when she ended fifth in Mexico City thanks to a 129kg lift.

She won her first Paralympic medal at Rio 2016, where she took silver in the women’s over 186kg. A year prior to that achievement, she had already shown what she was capable of by lifting 127kg to claim the European title.

As a teenager, Zieba used to practice athletics. But coach Boguslaw Szczepanski suggested she tried powerlifting and she has not left the sport since. “I love powerlifting. It gives me the motivation to train more and more,” she always says.

Zieba has so far taken part in three Paralympic Games, making her debut at Beijing 2008, where she ended sixth, before repeating that result at London 2012. She also has three World Championships under her belt but has not yet reached the podium.

Zieba, who was born with arthrogryposis multiplex congenital, enjoys nail art, reading and listening to music when she is not competing.

When and where did you begin this sport?
She began powerlifting at age 15 in Wroclaw, Poland.
Why this sport?
"I love powerlifting. It gives me the motivation to train more and more."
Club / Team
START Tarnow: Poland
Name of coach
Mariusz Oliwa [national], POL