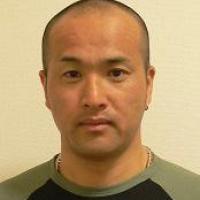 When and where did you begin this sport?
He began wheelchair racing in 1995.
Why this sport?
His friend introduced him to the sport. "When I got injured I thought I couldn't do anything anymore, but after playing wheelchair basketball I felt incredibly thankful that I could move my body. I changed sport to track and field, and racing in marathons. I kept racing because I want to do my best for people who are supporting me and for the sport that gave me a place that I can shine. I was able to achieve a new identity as a wheelchair athlete."
Club / Team
Socio Soejima: Japan
Name of coach
Junichi Kobayashi [national], JPN

In 2015 he was given a Special Award at the Nagasaki Prefecture Sports Citation Award in Japan. (mainichi.jp, 23 Feb 2016)

In 2004 he received the Fukushima Prefecture Sports Honour Award, the Prime Minister's Award, and the Prize of the Minister of Labour, Health and Welfare in Japan. (m-soejima.com, 26 Feb 2014)
Other sports
He has competed in Para triathlon at international level. (m-soejima.com, 17 May 2014)
Impairment
At age 23 he suffered damage to his spinal cord after being struck by a falling steel plate while working at his family's ironworks business. (marathon.tokyo, 30 Jun 2015)
Other information
OTHER ACTIVITIES
In June 2015 he was appointed wheelchair race director of the Tokyo Marathon in Japan. (huffingtonpost.jp, 27 Feb 2016; kouenirai.com, 23 Sep 2015; paralympic.org, 23 May 2015)