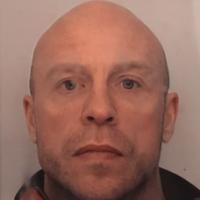 When and where did you begin this sport?
He began Para powerlifting in 2011.
Why this sport?
He was a member of an army weightlifting team before his injury, and he used the sport as part of his rehabilitation. He was motivated to continue lifting as a Para athlete after attending an Athletes' Potential Day in the run-up to the 2012 Paralympic Games.
Name of coach
Tom Whittaker [national], GBR
Training Regime
He splits six training days per week between Loughborough University in England and his home gym. Each session lasts two and a half hours.

Nicknames
Micky, The Viking (Twitter profile, 30 Jul 2021; britishweightlifting.org, 28 Jul 2015)
Hobbies
Boxing. (Twitter profile, 30 Jul 2021; Athlete, 21 May 2019)
Memorable sporting achievement
Winning gold at the 2018 European Championships in Berck-sur-Mer, France, several months after undergoing leg surgery. (barbend.com, 15 Apr 2021)
Most influential person in career
His family. (britishweightlifting.org, 2016)
Injuries
In 2017 he broke the femur in his left leg twice, firstly during pioneering surgery and again when the leg collapsed under him two days before Christmas. He recovered in time to compete at the 2018 Commonwealth Games in Gold Coast, QLD, Australia. (paralympic.org, 28 May 2018; heraldscotland.com, 19 Jan 2018)

In 2014 he competed with a muscle injury at the Commonwealth Games in Glasgow, Scotland. (lincolnshireecho.co.uk, 28 Jun 2015)
Sporting philosophy / motto
"One thing we know is we are resilient, and we can bounce back. The mental capacity to endure a bit of suffering is something within our team that we can handle in spades - it takes a lot to count us out." (Twitter profile, 30 Jul 2021)
Ambitions
To win a gold medal at the 2020 Paralympic Games in Tokyo, and to bench press 200kg. (barbend.com, 15 Apr 2021)
Impairment
In 2010 he was serving as a Royal Engineer Search Advisor in Afghanistan when he stepped on an improvised explosive device [IED]. He lost both legs, shattered his pelvis and fractured an arm. He required 21 operations at the Selly Oak Hospital in Birmingham, England. (Athlete, 21 May 2019; soldierscharity.org, 26 Oct 2012)
Other information
PIONEERING SURGERY
In 2017 he took part in a military trial to undergo a type of surgery called 'osseointegration', which involved inserting a titanium rod straight into his femur bone and then attaching it to a prosthetic leg. In order for the rod to be fitted correctly, his femur had to be broken. During his rehabilitation his leg collapsed, causing another fracture to the femur, although he recovered in time to compete at the 2018 Commonwealth Games in Gold Coast, QLD, Australia. "They drill out your femurs, scoop out all the bone marrow and that stuff, then they hammer titanium rods up into them. So, instead of you wearing sockets which slip over your stumps, your prosthetics are now connected to the metal which actually hangs out of your legs, connecting directly to your bone. It is like X-men, really crazy stuff." (sportfirst.sportscotland.org.uk, 05 Apr 2018; heraldscotland.com, 19 Jan 2018)

SKELETON CHALLENGE
In 2018 he took part in a documentary to learn how to race in skeleton, and then compete against Latvian Olympic medallist Martins Dukurs. The show, which was called 'Slider: Ice Warrior Challenge', featured a race between the two athletes on the track that was used during the 2010 Olympic Winter Games in Vancouver. Yule used a specially designed sled and was assisted by propulsion fans at the start of the race. "Just because it hadn't been done before, didn't mean that we couldn't do it. Just that people weren't crazy enough to attempt it." (Quest TV YouTube channel, 07 Feb 2018; britishlegion.org.uk, 31 Jan 2018)

MILITARY CAREER
He joined the British Army at age 17 and became a staff sergeant in the Royal Engineers. His military career spanned 15 years, and he was an army powerlifting champion during his service. (barbend.com, 15 Apr 2021) 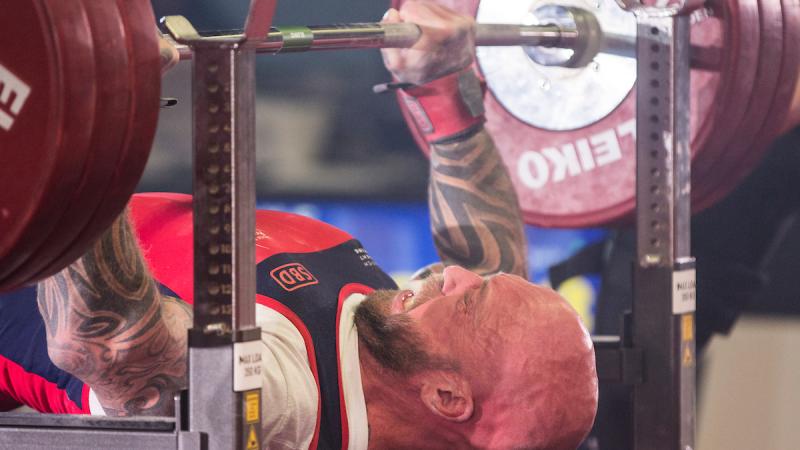 Hosts Great Britain own the stage in Manchester