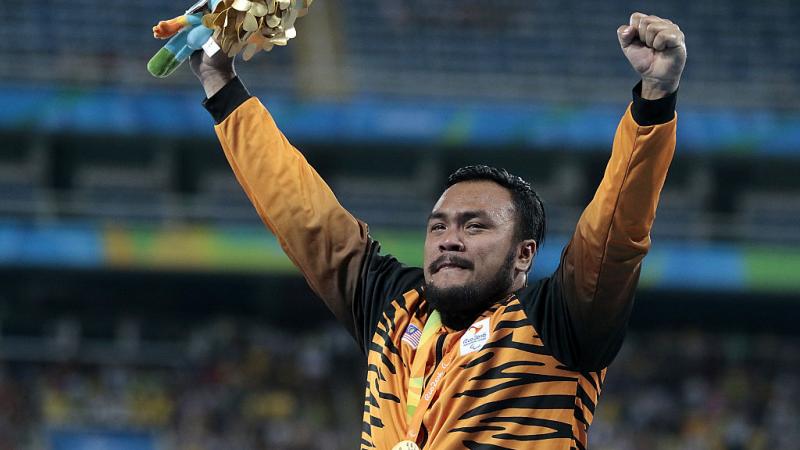 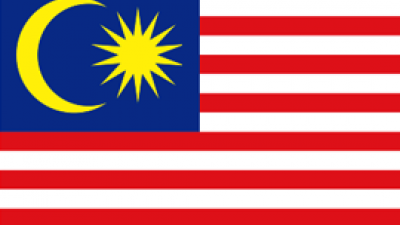 At the London 2017 World Championships, Zolkefli’s opening round effort of 17.29m smashed his previous world record mark set when he won gold at the Rio 2016 Paralympic Games and proved enough to seal his second world title.

News of the Malaysian’s achievements in London quickly spread around the globe and footage of Zolkefli’s throw became World Para Athletics’ top Tweet of the championships, with over 7,000 reTweets and nearly 3,500 likes.

Zolkefli’s exploits were, in terms of social media engagement, the biggest moment of the championships.

The Malaysian first hit the headlines in 2016 when he won his country’s first ever Paralympic gold medal at the Rio Games with what was then a world record 16.84m.

An emotional Zolkefli wept tears of joy as the realisation of his victory sank in; his medal ceremony was equally moving.

When and where did you begin this sport?
He took up the sport at school in 2009.
Why this sport?
Athletics was a compulsory activity at his school.
Name of coach
R Jaganathan [national]; Mohamad Faizol Harun [national], MAS

He injured his knee in November 2013 but recovered in time to compete at the 2014 ASEAN Para Games in Naypyidaw, Myanmar. (thestar.com.my, 09 Jan 2014)
Sporting philosophy / motto
"Start today, not tomorrow." (Facebook page, 20 Dec 2018)
Awards and honours
He was named Best Athlete of 2017 at the Sportswriters Association of Malaysia Awards. (kosmo.com.my, 02 Mar 2018)

The Malaysian Ministry of Women, Family and Community Development named a welfare institution in Selangor in his name [Taman Sinar Harapan Ziyad Zolkefli] after he won gold in the F20 shot put at the 2016 Paralympic Games in Rio de Janeiro. (hmetro.com.my, 28 Sep 2016)

He was Malaysia's flag bearer for the opening ceremony at the 2014 Asian Para Games in Incheon, Republic of Korea, and at the 2012 Paralympic Games in London. (thestar.com.my, 09 Oct 2014)

He was named Para Athlete of the Year at the 2013 Malaysian Sports Awards. (astroawani.com, 11 Sep 2016)
Other sports
He won a bronze medal in able-bodied shot put at the 2017 South East Asian Games in Kuala Lumpur, Malaysia. (kualalumpur2017.com.my, 22 Aug 2017)
Milestones
In 2016 he became the second Malaysian to win gold at a Paralympic Games when he won the men's F20 shot put, around an hour after compatriot Mohamad Ridzuan Mohamad Puzi won the country's first gold in the men's T36 100m. (paralympic.org, 10 Sep 2016; SportsDeskOnline, 01 Mar 2021)
Ambitions
To compete at the 2020 Paralympic Games in Tokyo. (mstar.com.my, 24 Apr 2019)
Impairment
His intellectual impairment was identified in pre-school. (Athlete, 21 Oct 2015)