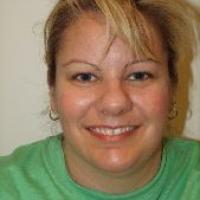 In April 2014, she underwent hip surgery immediately following the birth of her son Daniel by caesarean section. She quickly returned to competition but suffered several infections and was forced to undergo further surgeries, which resulted in her missing the July 2014 World Championships in Suhl, Germany. (shootingaustralia.org, 27 Aug 2020)
Sporting philosophy / motto
"Instead of looking at the hundred-thousand reasons to quit, look at the thousand reasons not to give up." (nataliesmith.com.au, 21 May 2017)
Awards and honours
In 2012, 2013 and 2016 she was named Para Shooter of the Year by Shooting Australia. She also received the 2015 Elite Para Athlete of the Year award from Shooting Australia. (shootingaustralia.org, 2018)
Other sports
She competed in equestrian at state level in Australia before she sustained her impairment. She has also competed in Para archery at national level, finishing runner-up at the Australian national championships in 2021. (Facebook page, 03 Apr 2021; nataliesmith.com.au, 21 May 2017)
Famous relatives
Her grandfather Norman Lutz was selected to represent Australia in shooting at the 1956 Olympic Games in Melbourne. However, a heart attack prevented him from participating. (nataliesmith.com.au, 21 May 2017; couriermail.com.au, 03 Mar 2016)
Ambitions
To compete at the 2020 Paralympic Games in Tokyo. (Facebook page, 26 Sep 2018)
Impairment
She has paraplegia as the result of a hiking accident in 2009. She slipped off a rock while on a tourist walk in Northern Territory, Australia. (nataliesmith.com.au, 21 May 2017)
Other information
FAMILY
In April 2014 she gave birth to her son Daniel after being told that the chances of her ever having children naturally were low because of her impairment. "I said to my friends and family that I wouldn't believe I was pregnant until I actually gave birth." (shootingaustralia.org, 27 Aug 2020; matermothers.org.au, 10 Apr 2014)

FORMER OCCUPATION
Before her accident she worked as a theatre nurse for eight years at the Northern Hospital in Melbourne, VIC, Australia. (couriermail.com.au, 03 Mar 2016)