Armed Forces Urged to Sign up for London 2012 Ticketshare Tickets

"I would urge those who are eligible to get on the Tickets For Troops website to register their details."

Troops should sign up at www.ticketsfortroops.org.uk by 1 November 2011 to be eligible to apply. The London 2012 Ticketshare scheme will donate 10,000 tickets to Tickets For Troops. Ticketshare tickets are funded through a levy placed on London 2012 hospitality packages sold by Prestige Hospitality.

LOCOG Chair Sebastian Coe and board member Baroness Tanni Grey-Thompson today launched the scheme with 50 service men and women from the Army, Navy and RAF who were then taken on a tour of the Olympic Park construction site.

As well as the 10,000 tickets allocated to Tickets For Troops, the London 2012 Ticketshare scheme will see 125,000 tickets donated to London schoolchildren, a further 50,000 will be distributed to schools across the rest of the UK and the British Olympic Association, British Paralympic Association and Sport England will receive 5,000 tickets each.

LOCOG Chair Sebastian Coe said: “I’m absolutely delighted that through our Ticketshare scheme we will be involving members of the armed services and their families. Through the sale of our Prestige tickets we are enabling the donation of tickets to a number of deserving causes – it would be unimaginable that we wouldn’t include our armed service personnel. I would urge those who are eligible to get on the Tickets For Troops website to register their details.”

Lord Marland, Chairman of Tickets For Troops said: "I am delighted that so many troops and their families will be able to attend this important national event. This support makes a real difference to the troops who are doing such an extraordinary job during these difficult times."

Minister for Sport and the Olympics Hugh Robertson, said: “The donation of 10,000 tickets to our armed forces is a fitting tribute to the hard work and dedication of our service personnel. Many parallels can be drawn between the mental and physical stamina needed to serve in the forces and compete at the highest international sporting level for your country. As a former serviceman myself I know that all the troops will enjoy being part of this amazing event.”

Tickets For Troops was set up in 2009 to provide members of the Armed Forces with free tickets for major sporting, entertainment, musical and cultural events. Since launching it has been donated over 250,000 tickets and over 90,000 troops have registered on the website www.ticketsfortroops.org.uk.

Tickets For Troops has teamed up with a wide range of organisations and has been able to offer free tickets to a huge number of high profile events, recently these have included tickets for International Cricket and England v Switzerland at Wembley.

The initiative has attracted maximum support from a host of Patrons, including Dame Kelly Holmes Joanna Lumley, Alan Shearer and Samantha Cameron. Troops are encouraged to go online and register at www.ticketsfortroops.org.uk to take advantage of the fantastic tickets available for our Armed Forces. 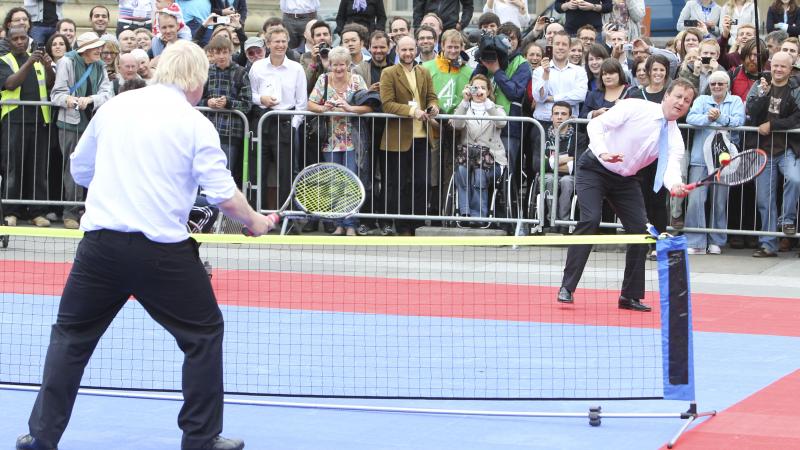