Australia bundled out in dramatic fashion 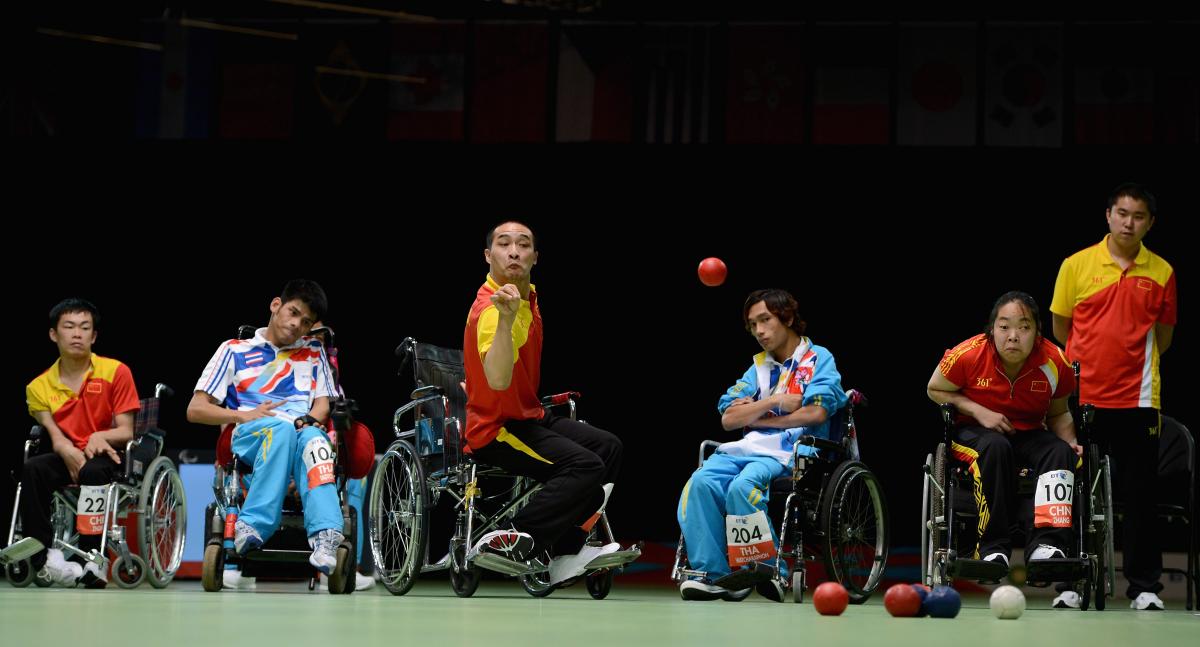 China’s World No. 1 and dual London Paralympic silver medallist Zhiqiang Yan will be one to beat in the BC2 class

“We had two wins from three games in the pool rounds which would normally see you progress to the finals, but the teams were so well matched, it just hasn’t gone our way.”

Elation turned to agony in just a few minutes for the Australian BC3 Pairs Team on a day of high drama at the Asia Oceania Boccia Championships in Sydney on Thursday (24 October).

The Australian team of Daniel Michel and Angela McReynolds had just orchestrated an amazing 5-4 victory over China in their final pool match, after beginning the final end facing a 4-2 deficit. It was then left to Singapore to beat Thailand in a match staged concurrently on the adjacent court to send the Australia through to the semi-finals.

But it was not to be.

Michel, McReynolds and the rest of the Australian team watched in dismay, as Thailand won the match in a tie-breaker.

Less than five minutes after posting one of Australia’s best wins in recent memory, the dream of a semi-final appearance, that was so close to becoming reality, was over.

It was a hard result to take for Australian Boccia Head Coach Peter King.

“We had two wins from three games in the pool rounds which would normally see you progress to the finals, but the teams were so well matched, it just hasn’t gone our way,” King said.

“We set our goal to win two games, but we haven’t quite got the rewards we deserve.”

Still, King said his players would only gain from the experience.

“We have shown to ourselves that we capable of beating the best teams in the world,” Kind said.

“But what we have done here clearly isn’t enough, we need to go further. We want to beat these top teams consistently and we know that we have to fight tooth and nail every day to be able to do that.”

Australia’s BC1/BC2 Team and the BC4 Pairs also dropped out of semi-final contention with heavy losses in the pool rounds today.

The BC1/BC2 Team were defeated by Korea (6-3) and China (8-6) while the BC4 Pairs were thumped 7-2 by Thailand and 13-0 by China. Both teams will complete their pool rounds tomorrow morning, before the semi-finalists take to the court in the afternoon.

Earlier on Thursday, world number one Ho Won Jeong claimed the gold medal in the BC3 individual division, but things did not go to plan for the world number ones in other categories during today’s medal rounds.

Reigning Paralympic gold medallist and world number one in the BC1 class, Thailand’s Pattaya Tadtong, was defeated in his gold medal match, while China’s Zhiqiang Yan had to settle for the bronze medal in the BC2 class despite his number one ranking.

Tadtong, who won gold medals in both the individual and teams event at London 2012, was the major drawcard for the tournament and had cruised through to the gold medal match, but was upset by team-mate Witsanu Huadpradit 5-3 in a thrilling final.

But where Tadtong and Yan failed, it was Jeong who lived up to the hype by defeating Korean team-mate Han Soo Kim 3-1 to claim the BC3 crown.

With Yan consigned to the bronze medal playoff where he defeated Watcharaphon Vongsa in a tie-break (4-3), world number four So Yeong Jeong of Korea defeated world number six Hiu Lam Yeung 6-2 to claim the gold medal.

A full list of medallist in the individual competition can be found below.

Action concludes at the 2013 Asia Oceania Boccia Championships on Friday with the Pairs and Teams semi-finals and finals beginning from 2:30pm local time. 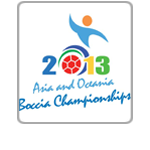 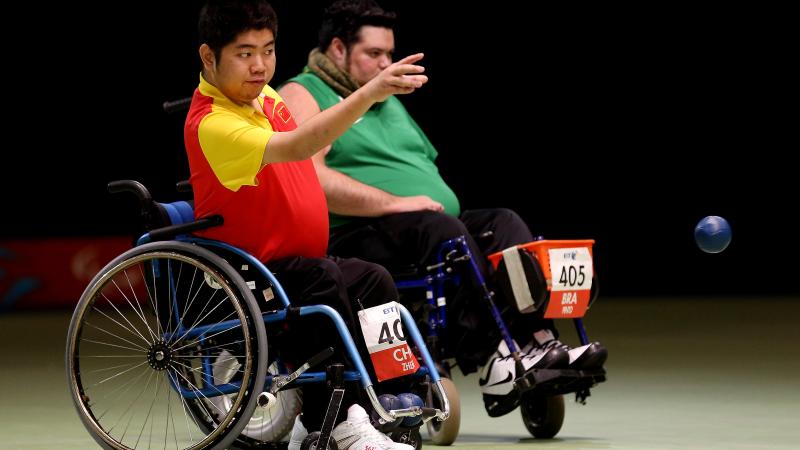 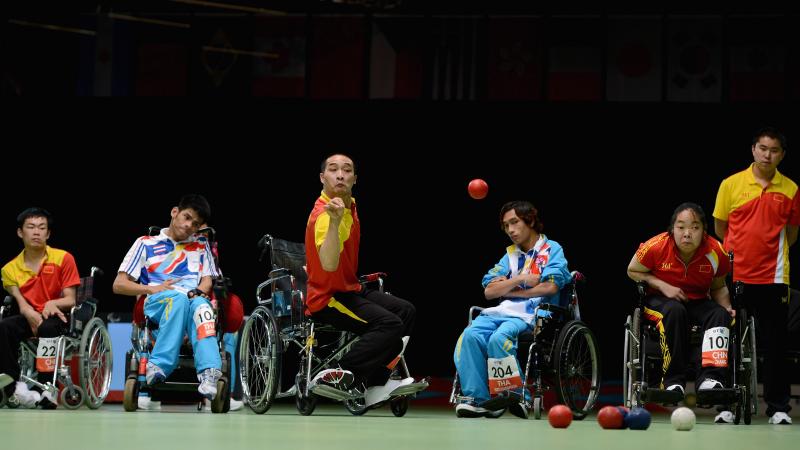 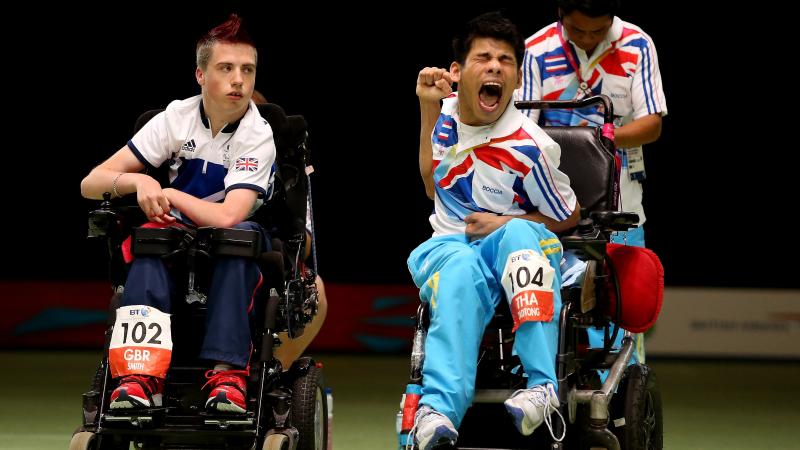 Boccia
Liukuey and Thorneycroft lead the way for Australia