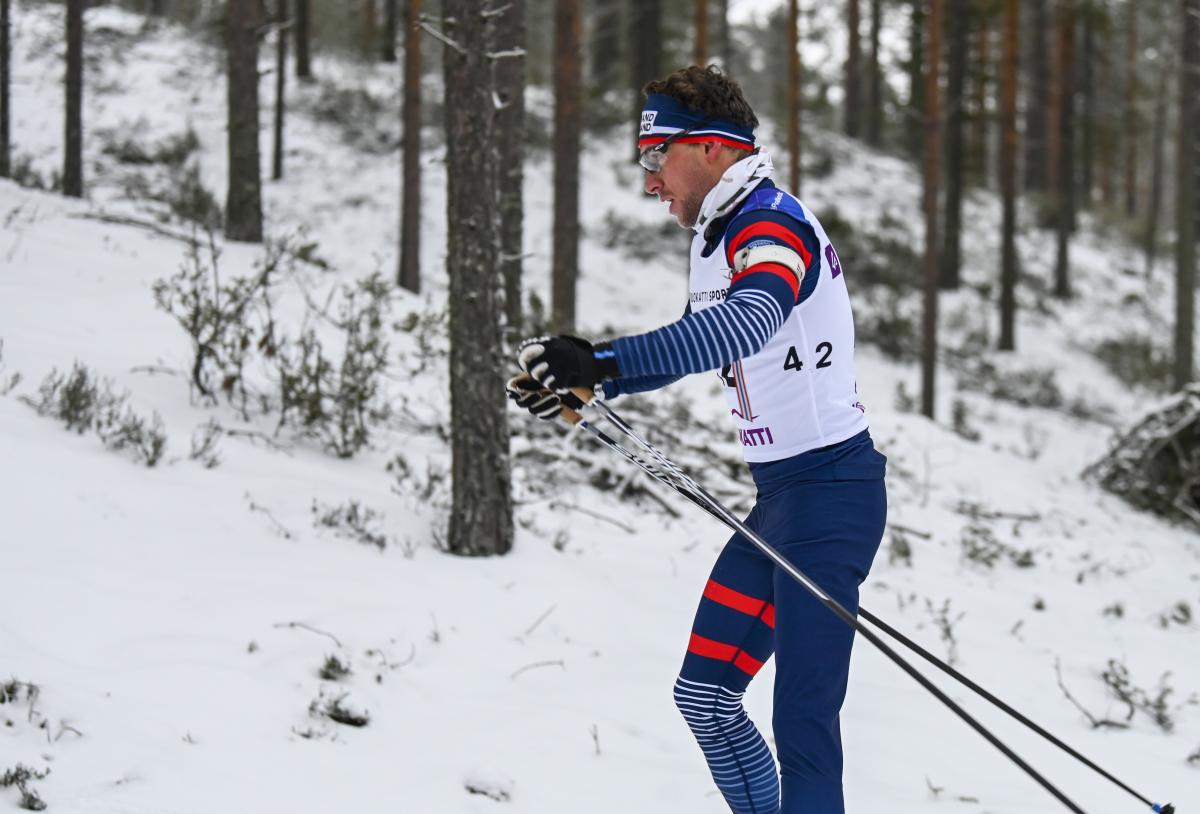 New Nordic skiing ground was broken on the final day of the Vuokatti World Cup, with the introduction of an exciting new event - the biathlon class start. Instead of racing against the clock biathletes race head to head with each other, with all competitors in the same class starting together. It means that unlike the time trial races, the first past the finish line wins.

The new format proved the perfect fit for Paralympic champion Benjamin Daviet. The Frenchman took gold after finishing third and fourth in his previous biathlon events. Daviet found his shooting form in the men's standing hitting all the targets and was able to beat Norway's Nils-Erik Ulset out on the tracks.

The Norwegian hasn't missed a shot in three biathlon races but was passed by the Frenchman before the finish. Canada's Mark Arendz missed one target to take the bronze medal.

"I'm very happy about my race. I was fast on the skis. I did what we planned with the coach on the shooting range and I was more on the attack," explained Daviet.

"It's a new format and a good one. It's like a mass start so it's very fun. It's more challenging between the athletes and it's a real fight," he added when asked about the new class start.

Oleksandra Kononova made it a hattrick of wins in biathlon in the women's standing. The Ukrainian had a great battle out on the course with Norway's Vilde Nilsen and her teammate Liudmyla Liashenko but was ultimately too strong for the chasing pair.

The USA took all the spoils in the sitting races once again with Daniel Cnossen and Kendall Gretsch on fantastic form both winning gold. Cnossen was able to out ski Ukraine’s Taras Rad who was in the lead until the final lap in the men's race. Canadian Collin Cameron took the bronze.

With the top three women all missing just one shot it came down to the strongest skier and Gretsch won by a comfortable margin of 40 seconds from compatriot Oksana Masters in second and Germany’s Andrea Eskau over a minute behind in third.

"It was a really great way to start off the season," said Gretsch. "I think we have had the fastest skis out there all week so it's just been an awesome December."

"It's definitely nicer because you know exactly where you stand in the race," she explained about the new race format, "it makes it fun to chase after people."

Germany's Clara Klug managed to stay ahead of the fast skiing Oksana Shyshkova of Ukraine thanks to her clean shooting in the women’s vision impaired. It was her second win in two days with guide Martin Hartl.

Shyshkova paid the price for missing three shots and could not make up the time on the course with guide Vitaliy Kazakov. The bronze also went to Germany with 17-year-old Johanna Recktenwald and guide Simon Schmidt picking their third bronze medal in three biathlon races.

The next World Cup round will take place in Ostersund, Sweden from the 12-19 January.