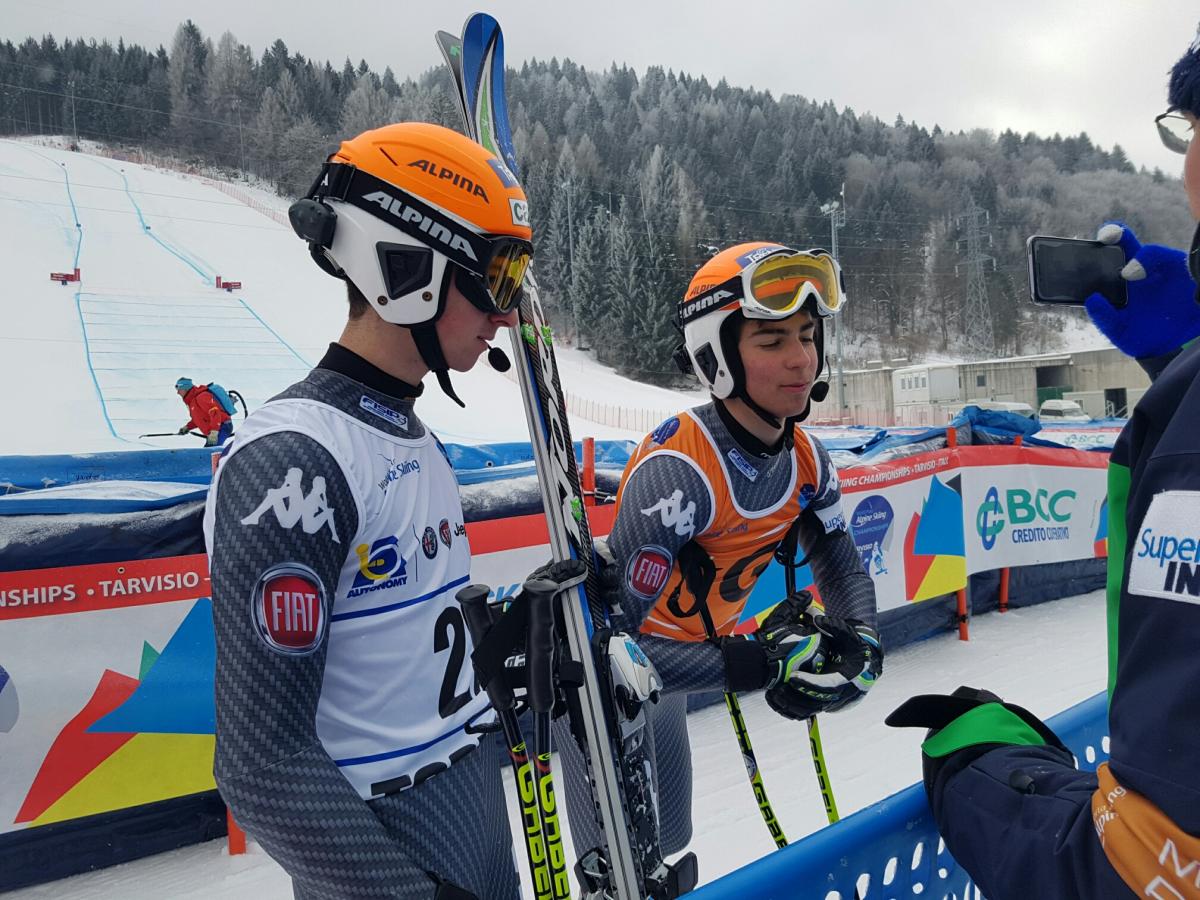 Italy's Giacomo Bertagnolli and guide Fabrizio Casal dedicated the super-G bronze medal to the victims of the earthquake in Abruzzo.

Giacomo Bertagnolli and guide Fabrizio Casal secured bronze in the men’s super-G visually impaired for hosts Italy at the 2017 World Para Alpine Skiing Championships in Tarvisio on Thursday (26 January), dedicating their medal to the victims of the recent earthquake in central Italy.

The bronze is a first at this level for the teenagers, who have been skiing well at World Cups this season and have known each other since they were 13-years-old.

“It’s just wonderful. It’s the most important medal we have won. It’s something that can’t be described,” Bertagnolli, 18, said after a tense wait in the finish area for the other skiers to complete their runs.

Casal continued: “It’s very nice to get this medal. It’s very special for us. We want to dedicate this result to the victims of the earthquake in central Italy. We are happy to do this for Italy.”

Bertagnolli was also optimistic about the rest of the competition, especially the technical events on Monday and Tuesday (30 and 31 January): “We always hope to do better. Because we ski better in slalom and giant slalom, so I think we will do well.”

Canada’s Paralympic bronze medallist Mac Marcoux and guide Jack Leitch were the victors ahead of the Italians. The title is the second in a row for Marcoux, who also won the downhill on Wednesday (25 January).

“I’m pretty overwhelmed right now,” Marcoux said. “Speed’s been on and off this season and we’ve had a couple of setbacks with some injury and stuff, so it just feels good to be able to finish on top of the podium two days in a row. It’s helping to bring my confidence up every run. It’s awesome.”

There was further medal success for Slovakia in the women’s visually impaired, as Henrieta Farkasova and guide Natalia Subrtova finished on top after two years out injured.

Loesch made up for missing the podium two years ago and also for what she believes was a substandard performance from Wednesday.

“It feels awesome, especially after the downhill yesterday which I messed up and I was very disappointed,” Loesch said. “Winning today is very, very important to me and my self-confidence.

“I love the rivalry with Anna [Schaffelhuber] because she is the one driving me, she is the one making me better. We are in such a tough fight and we both want to win and I need to be my best in order to beat her. That’s what she’s bringing out of me.”

Peters dropped to silver on the Di Prampero slope, but had the edge on the USA’s bronze medallist Andrew Kurka.

Kurka claimed Peters’ downhill world title 24 hours previously. But this time the New Zealander found 0.03 seconds amongst the falling snow to finish ahead of Kurka.

Markus Salcher won his second consecutive gold for Austria in the men’s standing after also claiming the downhill.

But young French skier Arthur Bauchet had the Paralympic title holder looking over his shoulder. The 16-year-old finished just 0.21 seconds behind Salcher for silver, sealing his first Worlds medal in his debut season.

The Netherlands’ Jeffrey Stuut climbed onto his second podium in as many days with bronze.

France’s world and Paralympic champion Marie Bochet continued her exceptional comeback from injury, easing to first place in the women’s standing to add to her downhill gold from Wednesday.

Racing continues with the super combined on Saturday (28 January). All the action is being shown live, alongside live results, at Tarvisio2017.com. 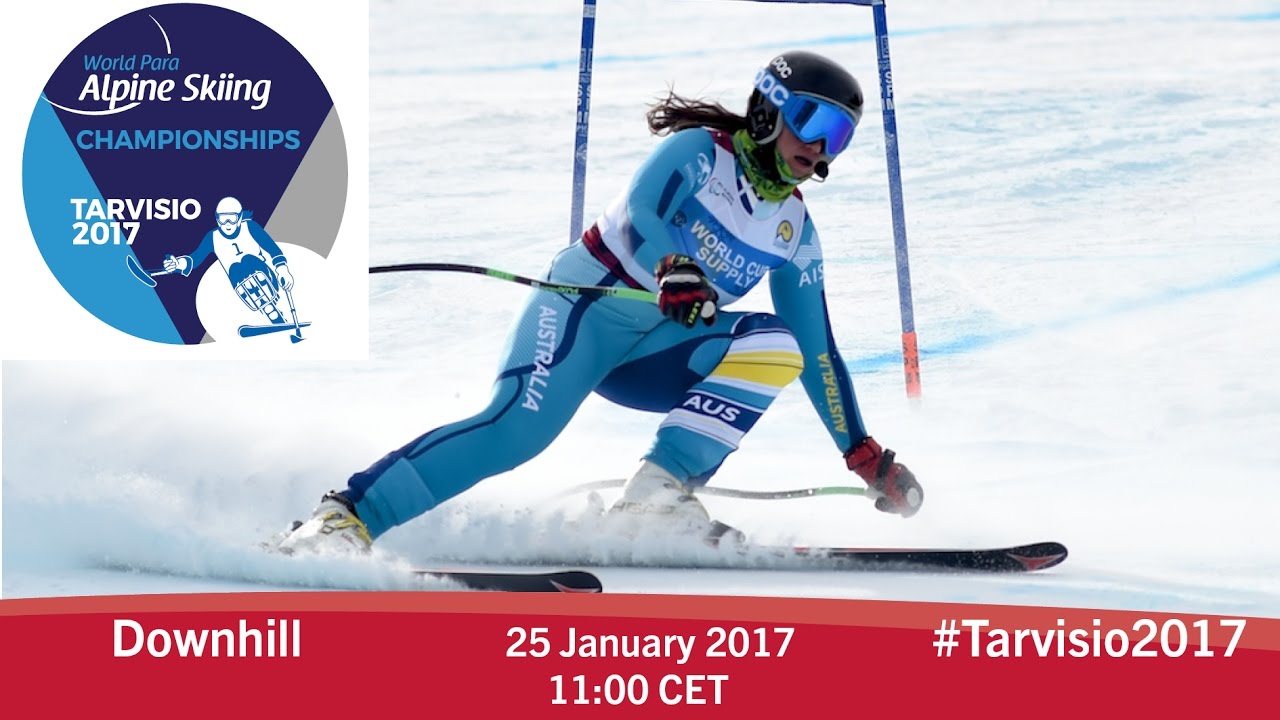 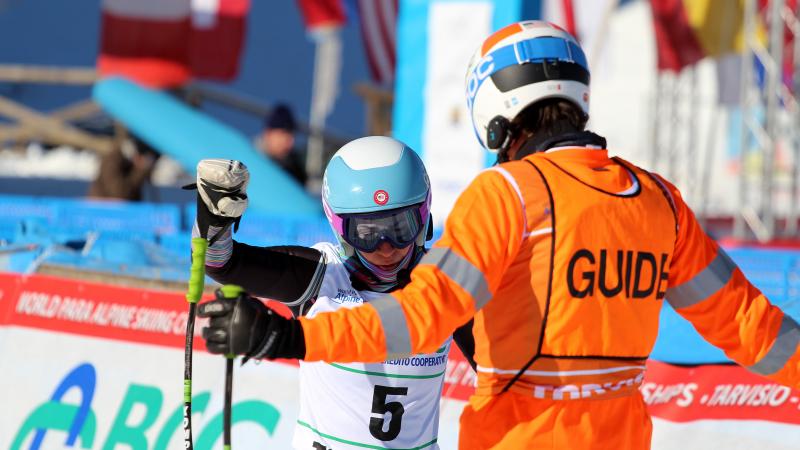 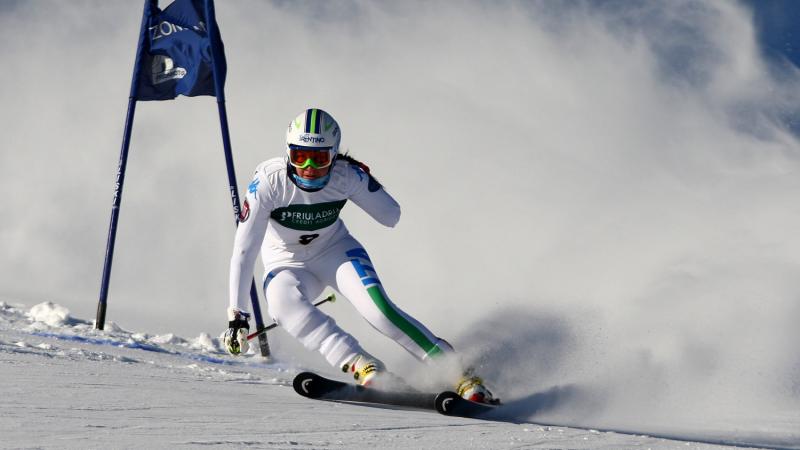