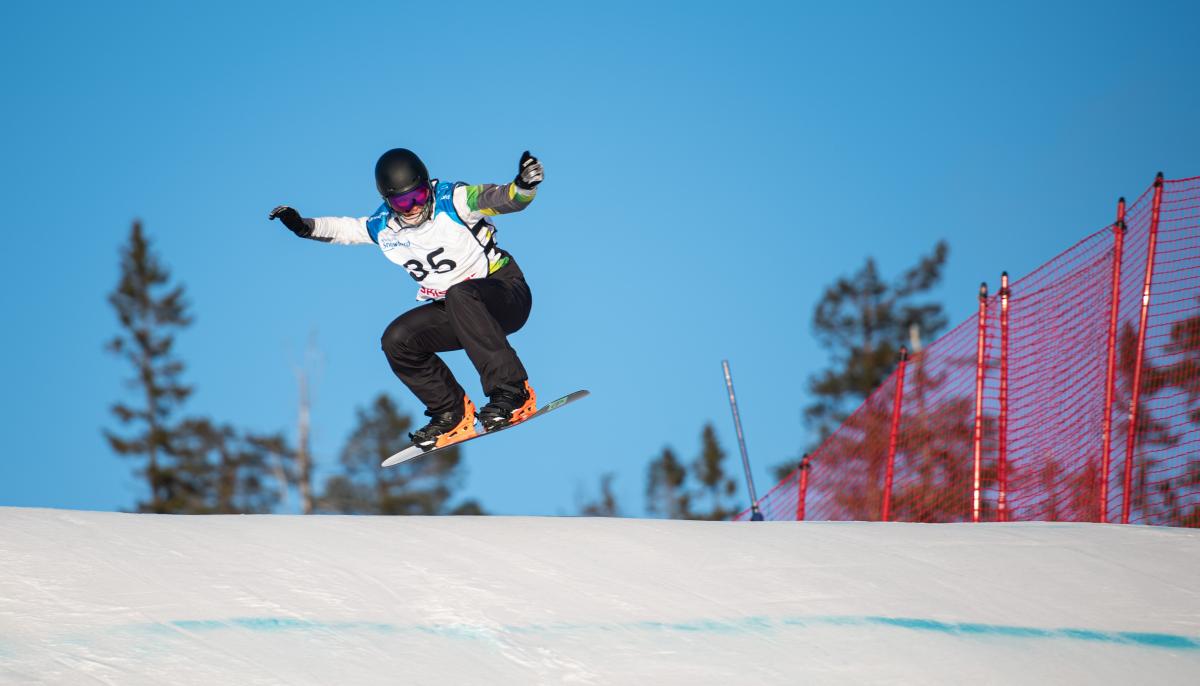 The fifth stop of the 2021/22 World Cup season will determine the overall Crystal Globe winners in three women’s and men’s categories.

Around 50 athletes from seven nations will compete in the Big White ski resort that last hosted a World Cup back in 2019.

After a year of absence from the season, Big White got the honour to host the last official Para snowboard event prior to the Beijing 2022 Paralympic Winter Games which starts on 4 March.

ALL TO PLAY FOR IN THE MEN’S SB-LL2

The battle for the overall Crystal Globe award is still wide open in the men’s SB-LL2 category. Keith Gabel of the USA is the current leader, but the two-time Paralympic medallist will not compete in Big White.

Gabel’s compatriot Evan Strong and Australia’s Ben Tudhope are the other two main contenders for the overall World Cup trophy. Strong is 410 points in front of Tudhope but with 1000 points awarded for a victory, there is still a lot to play for in Big White.

The 35-year-old Strong is coming to Canada as a bronze medallist from the Lillehammer 2021 World Para Snow Sports Championships in snowboard cross.

Ben Tudhope won silver in the same competition, while he added a bronze medal in banked slalom. The Australian is coming to Big White in fine form after winning two snowboard cross races at the Klovsjo World Cup in Sweden last month.

"It is awesome to be back in Big White for the World Cup finals. We haven’t been here for the last three years which had always been disappointing as they always deliver one of the best events with the best course," said Tudhope.

"I still want to carry my momentum from the recent competitions and get some good results here to boost my confidence going into the Paralympic Games."

The 22-year-old athlete from Sydney already got the taste of winning the overall Crystal Globe award in the 2019/20 season.

Garrett Geros of the USA is another name in contention for the overall World Cup victory. He is only 30 points behind Tudhope in third place of SB-LL2 overall rankings before the final two races of the World Cup season.

Matti Suur-Hamari of Finland will use the Big White World Cup as a preparation for Beijing 2022 in a star-studded SB-LL2 competition. Suur-Hamari is the four-time world champion and a reigning Paralympic gold medallist in the snowboard cross.

The men’s SB-UL category will be another one to watch out for in Big White with the Italian squad bringing in some well-known names.

Jacopo Luchini already secured a Crystal Globe award with 3230 points of difference in front of the compatriot Mirko Moro.

The 31-year-old Luchini is coming off a double victory at the Klovsjo World Cup and a silver medal at Lillehammer 2021 in banked slalom.

The Italians are coming to Big White with another strong name in Riccardo Cardani. The former Para swimmer will make his Paralympic debut at the Beijing 2022 Games after a strong performance at the Lillehammer 2021 Worlds. Cardani took two sixth-place finishes in snowboard cross and banked slalom.

With the first six Para snowboarders in the overall rankings not coming to Big White, the winner of the Crystal Globe award in the men’s SB-LL1 is already decided. It will be the two-time world champion Chris Vos from the Netherlands in front of the USA’s Noah Elliott.

Despite that, the men’s SB-LL1 is promising to be another category to look forward to in Big White. Canada’s Tyler Turner confirmed his participation less than a month after a ‘dream come true’ competition at the Lillehammer 2021 Worlds.

Turner, born in Calgary, won three medals, including two golds, in his first major international championships. He was crowned the world champion in the snowboard cross and the snowboard cross team event, and also picked a bronze in the banked slalom.

USA’s Tyler Burdick won bronze in the snowboard cross at the Worlds in January and will be Turner’s biggest rival in Big White.

With none of the leading two athletes from all three women’s categories arriving in Canada, the overall Crystal Globe winners have already been decided.

Irati Idiakez Lopez of Spain will defend her title in the SB-UL category in front of Poland’s Monika Kotzian.

Brenna Huckaby of the USA celebrates her first overall Crystal Globe award after 2018 in the SB-LL1 with France’s five-time world champion Cecile Hernandez in second place.

Another five-time world champion Lisa Bunschoten of the Netherlands already secured her fourth-straight Crystal Globe award in the SB-LL2 category with her compatriot Renske van Beek currently in second place.

Dejong will try to remain in fine form after becoming world champion at Lillehammer 2021 in the snowboard cross team event. She added two silver medals in individual events to her successful haul in Norway.

Dejong’s compatriot Sandrine Hamel is another name to watch on home snow. The five-time World Championships medallist most recently became the world champion in the snowboard cross team event together with Dejong.

Qualifications in Big White start at 10:00am (local time) on Friday with the finals scheduled to kick off an hour later. On Saturday, the programme begins at 10:00am with the medal events due to start at 01:00pm (local time).

Start lists and live results from Big White 2022 can be found here.

The World Cup in Canada is the last of five Para snowboard World Cups taking place this season. Landgraaf (the Netherlands), Pyha (Finland), and Hochfuegen (Austria) hosted their events in late 2021, while Klovsjo (Sweden) World Cup took place in January this year. 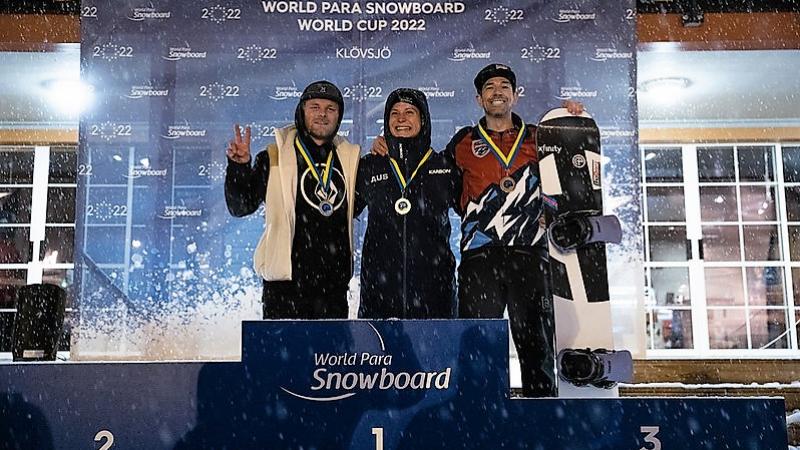 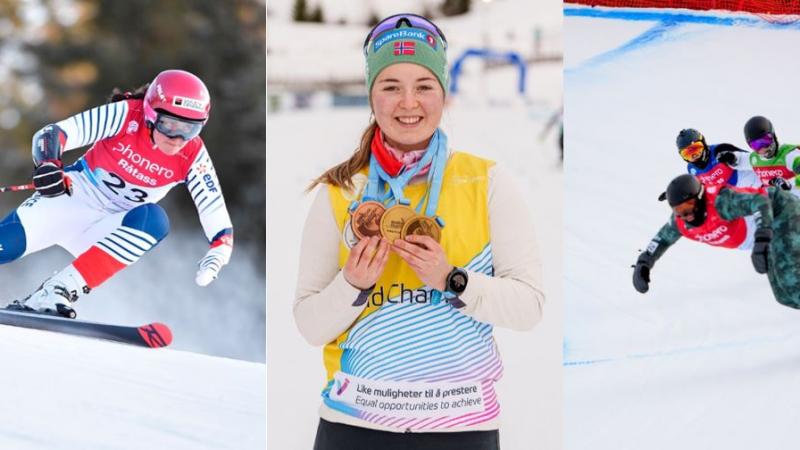 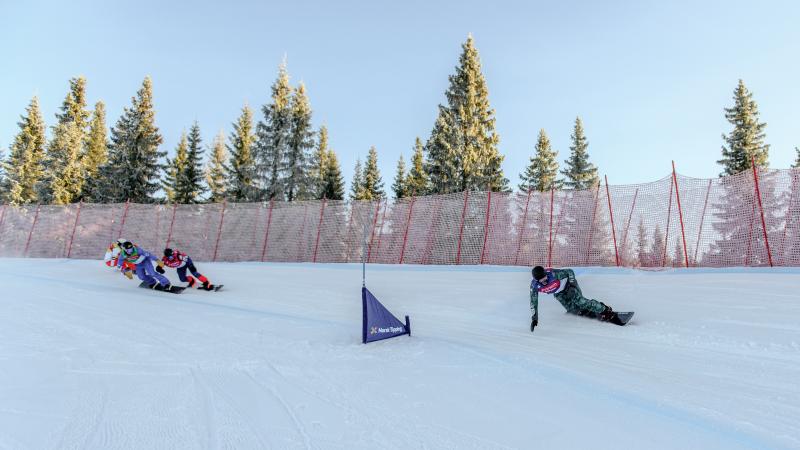 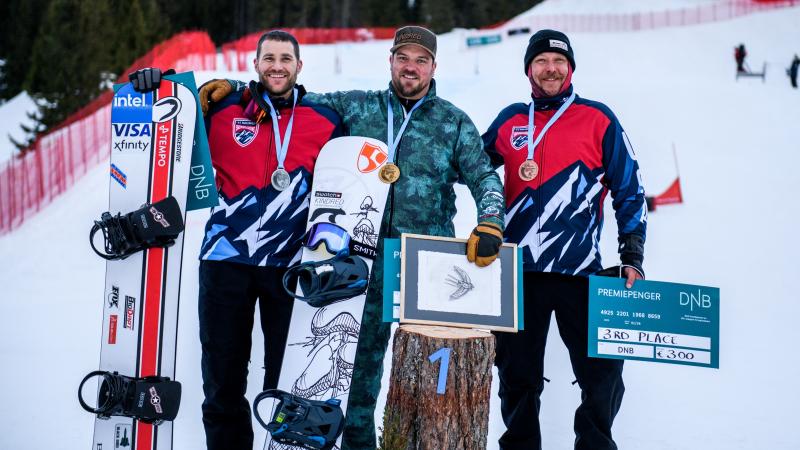