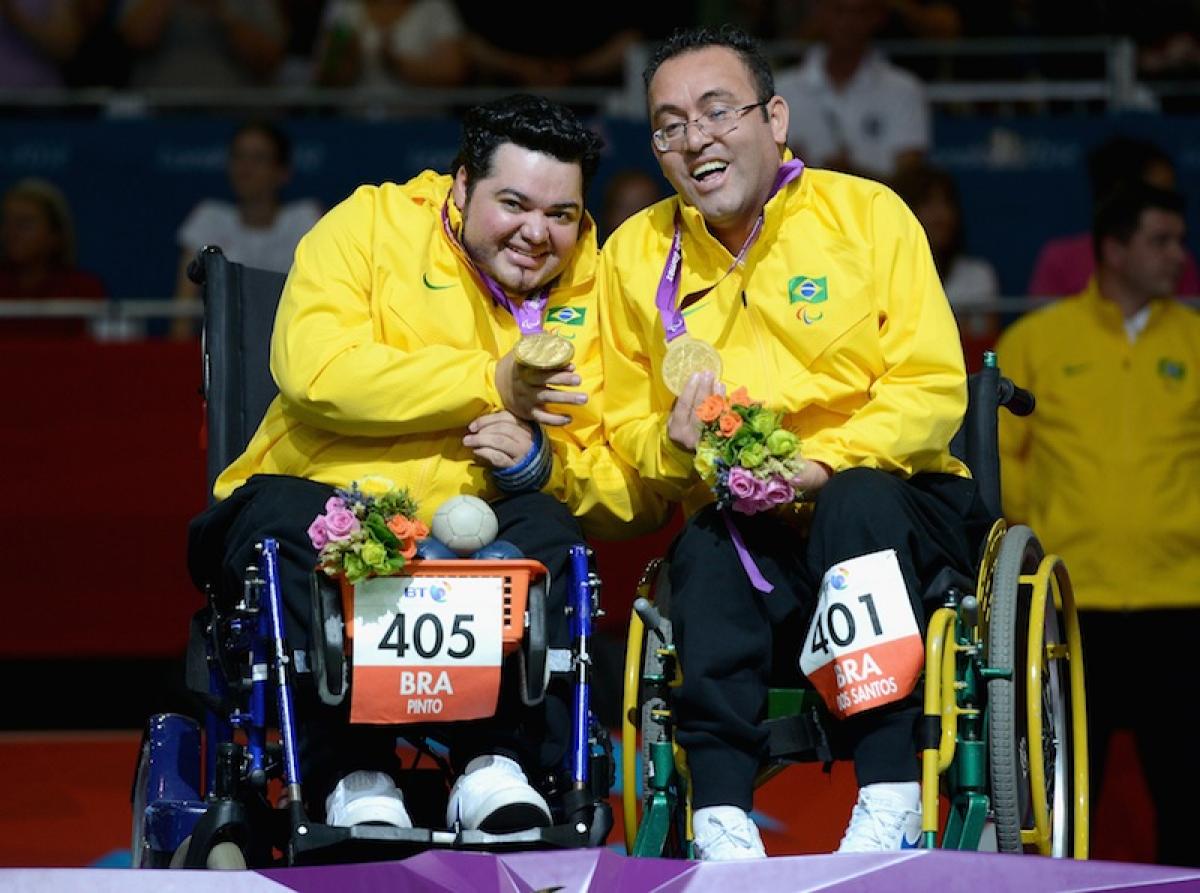 "Sport can change the lives of people with disabilities just as it has changed ours."

Brazil, Greece and Thailand were awarded the first gold medals of the London 2012 Boccia tournament on Tuesday (4 September).

The Thai BC1-2 team followed up their spectacular 18-1 semi-final win over defending champions Great Britain by producing another marvellous display to beat China 10-5. The decisive end was the fifth, as the Thais scored five points to put the match out of China’s reach and secure gold.

New Paralympic champion, Pattaya Tadtong, said his aim before the Games had been to earn gold as he had wanted to improve on the individual bronze he won four years ago in Beijing.

“After I got bronze, a lot of people were interested in the sport and wanted to be like me,” he said. “There'll be more people interested in it and they will follow in my footsteps.”

Brazil, defending their BC4 mixed pair title from Beijing four years ago, played in the day’s first final against the Czech Republic. Winning the first end by a single point, Eliseu dos Santos and Dirceu Pinto took advantage of the Czech duo using all their balls in the second to race into a 5-0 lead by the halfway point.

The Czechs, Leos Lacina and Radek Prochazka, took the third end by two points but a mistake with their penultimate ball which completely missed its target meant an unlikely comeback did not materialise, Brazil ending as 5-3 victors.

“This isn't just a medal for me, but for my whole country and I hope it motivates people to get involved in Paralympic sport,” said Pinto. “Sport can change the lives of people with disabilities just as it has changed ours.”

In a tight match in the BC3 mixed pairs, Greece won 4-1 against Portugal to take the gold. The Greeks were 2-0 up after the first end and captured the next two by a score of 1-0, although it was tough on Portugal with the balls tightly grouped around the jack and the result could have gone their way. The silver medallists took the final end but coach Maria Bastos admitted the result was a huge disappointment.

“We were nearly there and that's why we're upset,” she said. “In the last Paralympics we got bronze, maybe in Rio we'll get gold.”

However, they are likely to have to beat one of their conquerors today, Greek star Grigoris Polychronidis, if they are to achieve this. Motivated by winning the only Paralympic title that he did not have, Polychronidis is already starting to think about the next Games in four years’ time.

“You really don't know what will happen,” he said about his future plans. “What I do know is that at least until Rio I will give my best in all European and world championships and try to defend my title there.”

In the morning’s bronze medal matches Canada defeated the McGuire brothers representing Great Britain 8-2 in the BC4 mixed pairs, although the host nation’s BC1-2 team left the arena to massive cheers as they beat a spirited Portugal side 7-5. In the BC3 mixed pairs, Belgium scored two points in the final end to edge out world No. 1 Korea 4-3. 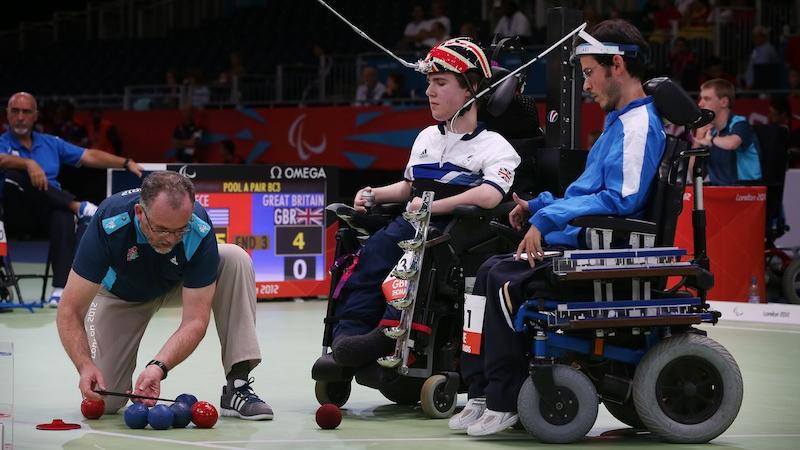 Boccia
Three gold medals up for grabs in boccia
Imagen 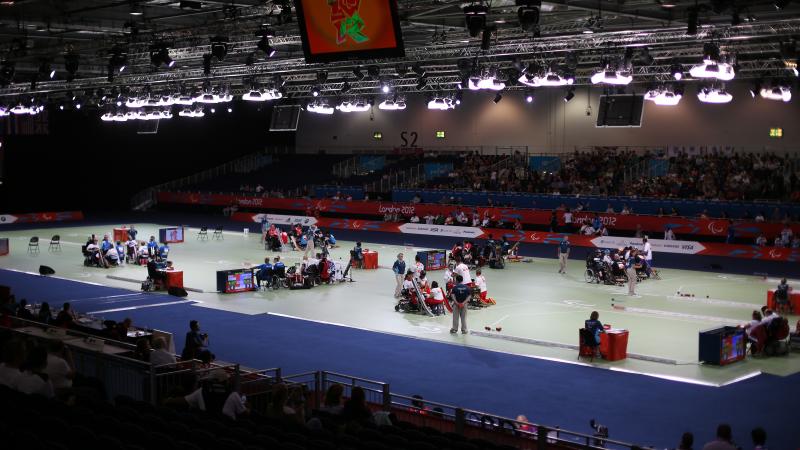