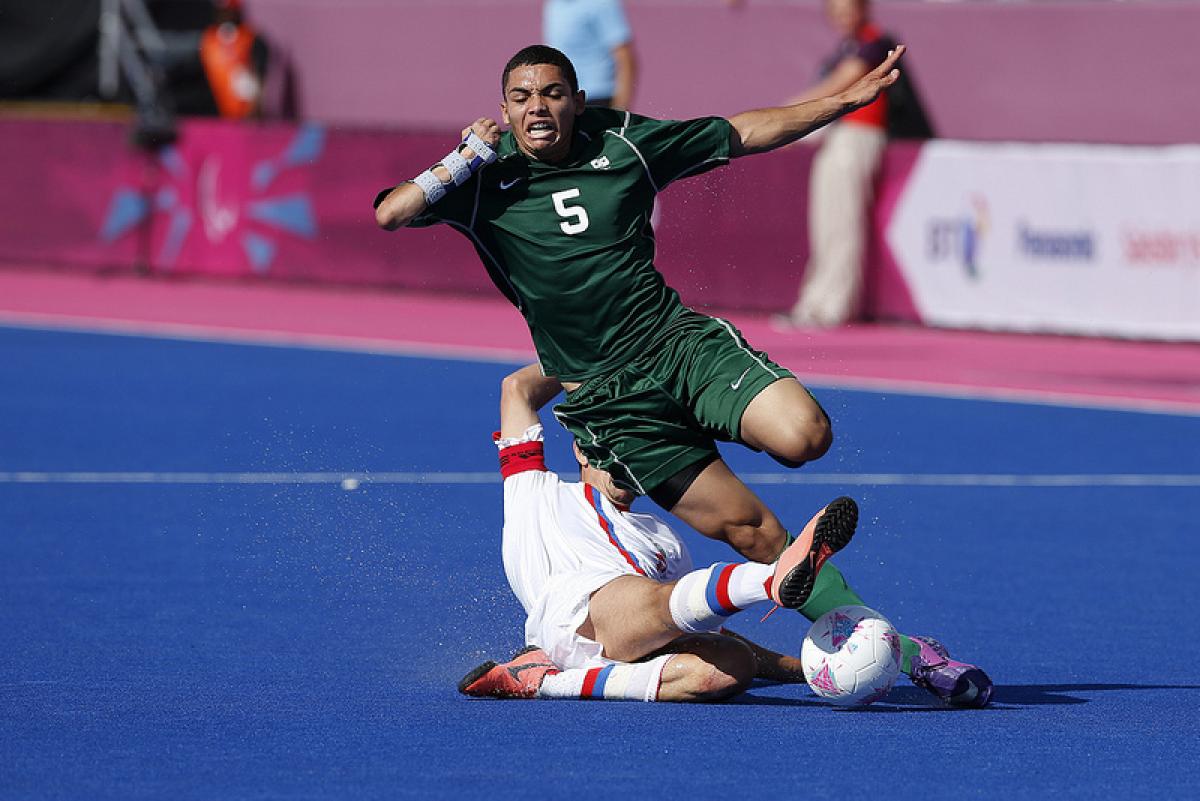 Brazil faces Russia in a football 7-a-side match at the London 2012 Paralympic Games.

Russia will challenge Ireland for third place just prior to the final at 17:30.

Brazil will join Ukraine in the championship game of the 2013 CPSIRA Intercontinental Cup after their football 7-a-side team defeated Paralympic champions Russia, 2-0, in semi-final action on Thursday (8 August).

Following an intense set of opening minutes with equal ball possession, Ronaldo Souza opened the scoring for Brazil in the 13th minute. Then, in what was a quieter second half, Eduard Ramonov scored for the winning sied in the 36th minute to pad their lead.

Russia’s Alexander Kuligin received a red card late in the second half, leaving his team with just five players on the pitch at one point.

The Brazilians, who finished fourth at London 2012, will now take on Paralympic silver medallists Ukraine for the Cup title in Barcelona, Spain on Saturday (10 August) at 19:30.

Russia will challenge Ireland for third place just prior to the final at 17:30.

All four of these teams have now officially qualified for next year’s World Championships.

In other action at the Cup, Australia defeated Spain 3-0, Argentina beat Scotland 6-3 and great Britain cruised past Northern Ireland, 12-1. 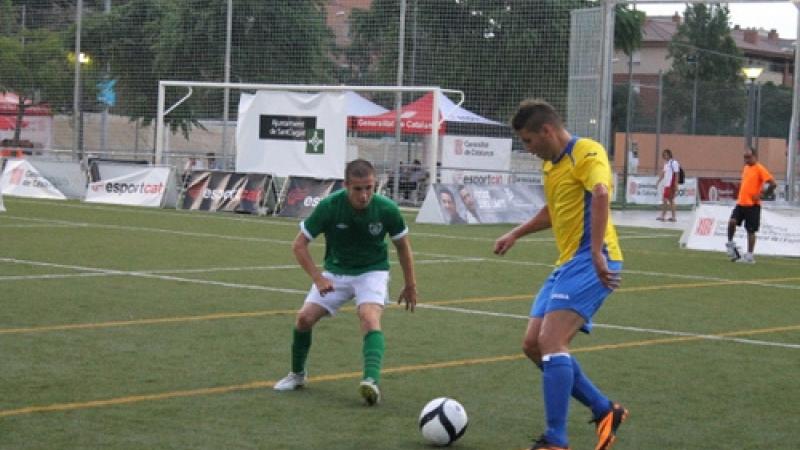