A second win for the Netherlands in Group D all but secured their quarter finals place at the Cerebral Palsy Football 7-a-side World Championships on Friday (19 June) at St. George’s Park, Great Britain.

Like they had done in their opener against Argentina, the Dutch once again scored four goals, this time without reply against Northern Ireland.

Despite the score line, it took the European Champions until the 41st minute to break the deadlock; Jeroen Saedt the scorer.

Substitute Minne de Vos then netted twice for the Dutch before Peter Kooij completed the win.

Argentina look strong contenders to join the Dutch in the knockout stages after they beat Canada 2-0; both sides now have three points in Group D, however Canada face the Netherlands who are looking for maximum points next.

Matias Fernandez opened the scoring for Argentina after nine minutes, slotting home into an empty goal. After a number of chances for both teams, Matias Bassi doubled his side’s lead. Argentina know a win over Northern Ireland on Sunday (21 June) should be enough for them to progress.

In Group C, Brazil and USA both qualified for the next round after recording their second wins. Brazil once again hit their opponents for six; Venezuela this time on the wrong end of the in-form Rio 2016 hosts.

A penalty from Evandro in the 11th minute opened proceedings, before Rafael, Igor, Jonatas and Carlos (2) all got on the scoresheet to secure the win.

The USA had to come from behind to beat a resolute Scotland. Jonathan Paterson put Scotland in front in the 14th minute, a lead his side maintained until early into the second half.

An own goal from Barry Halloran levelled the tie, before five minutes later a mix-up in the Scottish defence left Seth Jahn a simple tap in to put the USA 2-1 in front.

Scotland threw everything at their opponents in the closing stages but could not find the back of the net.

Competition continues on Saturday with the final games in Group A and B.

For complete coverage of the CP Football World Championships, follow@CPEngland2015 on Twitter. 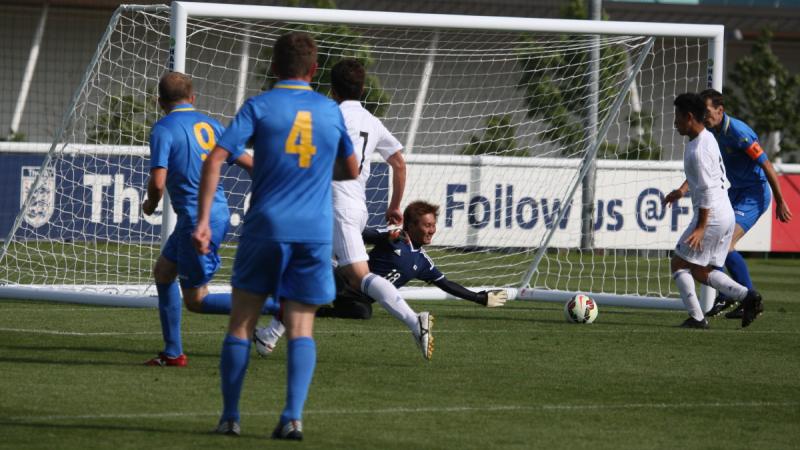 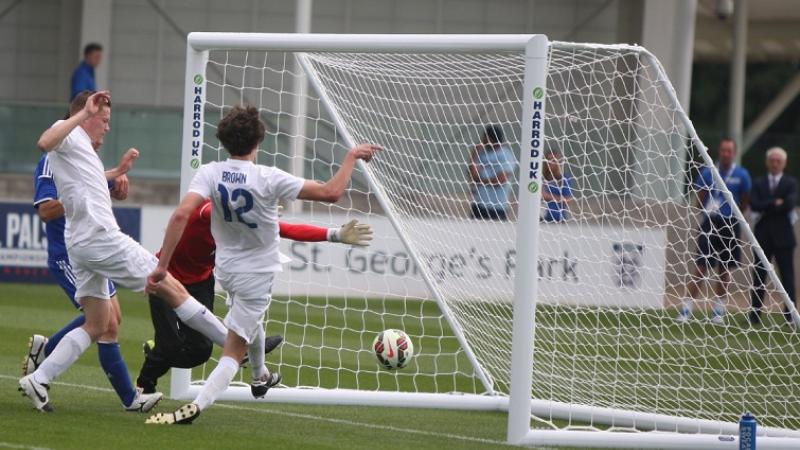