Brazilians to develop winter sports ahead of Sochi 2014

Brazil are working to form further opportunities for athletes with an impairment in their country, including opportunities for them to participate in winter sports. 25 May 2013 By Brazilian Paralympic Committee

“Brazil is taking its first steps in forming a National Paralympic team for the Sochi 2014 Games, in Russia. We are setting a new course, creating another opportunity for people with disabilities in our country to practice high performance sports."

The Brazilian Paralympic Committee (CPB) and the Brazilian Confederation of Snow Sports (CBDN) signed a formal partnership agreement in São Paulo on Monday (20 May), which promises to develop their winter sports team in time for Sochi.

The ceremony, attended by the Presidents of the CPB and CBDN Andrew Parsons and Stefano Arnhold respectively, also featured an award ceremony for the best winter sports athletes from the 2012/2013 season.

The CPB will provide financial support to the Paralympic initiatives of the CBDN. With the funding, the CBDN will be able to assess athletes during the competitions of the Caixa Loterias Circuit for their winter sports potential.

Excited about the new partnership agreement, Arnhold emphasized that this partnership will create new opportunities for CBDN.

"I'm sure that the partnership will be very successful. Those who follow the development of the CPB know what I am talking about. It is a pleasure to be here with you (CPB)” said the president.

Ricardo Leyser, National Secretary of High Performance Sports (Ministry of Sports) also attended the event. He believes that the agreement between the CPB and CBDN will be very beneficial to both organizations:

"Both the CBDN and CPB are very successful sports entities. Now a new opportunity has emerged for both and I know that it will be very successful. We have invested a lot in this kind of partnership” said Leyser.

Explaining the next steps and looking forward to the next Winter Games after Sochi, Andrew Parsons said:

“Brazil is taking its first steps in forming a National Paralympic team for the Sochi 2014 Games, in Russia. We are setting a new course, creating another opportunity for people with disabilities in our country to practice high performance sports.

“The first goal is to classify André Cintra and Fernando Aranha for the Games and demonstrate that it can be done. Next, we will need to attract more athletes to winter sports and further develop ourselves. We will develop some actions in partnership with the CBDN.

“With the funding we will be able to provide specific guidance on the international Paralympic movement and share our expertise in the Paralympic Games, to expand our participation in Pyeongchang 2018” explained Parsons.

André Cintra and Fernando Aranha are two athletes with a real chance to classify for the Sochi Winter Games.

34-year old Cintra competes in snowboard cross which will debut at Sochi 2014. After a motorcycle accident his right leg was amputated above the knee. He is currently ranked in 19th place and has nearly qualified for the Games.

"I just need to reconfirm my position in the (IPC) World Cup in New Zealand, in August" says Cintra.

Aranha, who has previously competed in cycling and triathlon, has until February to qualify for cross country skiing. 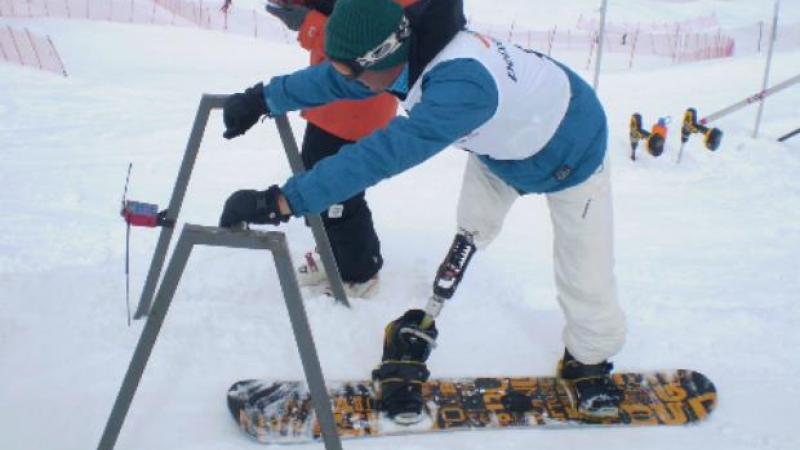