Cadbury encourages New Zealanders to get behind their Paralympians

The public is being encouraged to leave messages of support ahead of Rio 2016 via a special dedicated microsite. 09 Feb 2016
Imagen 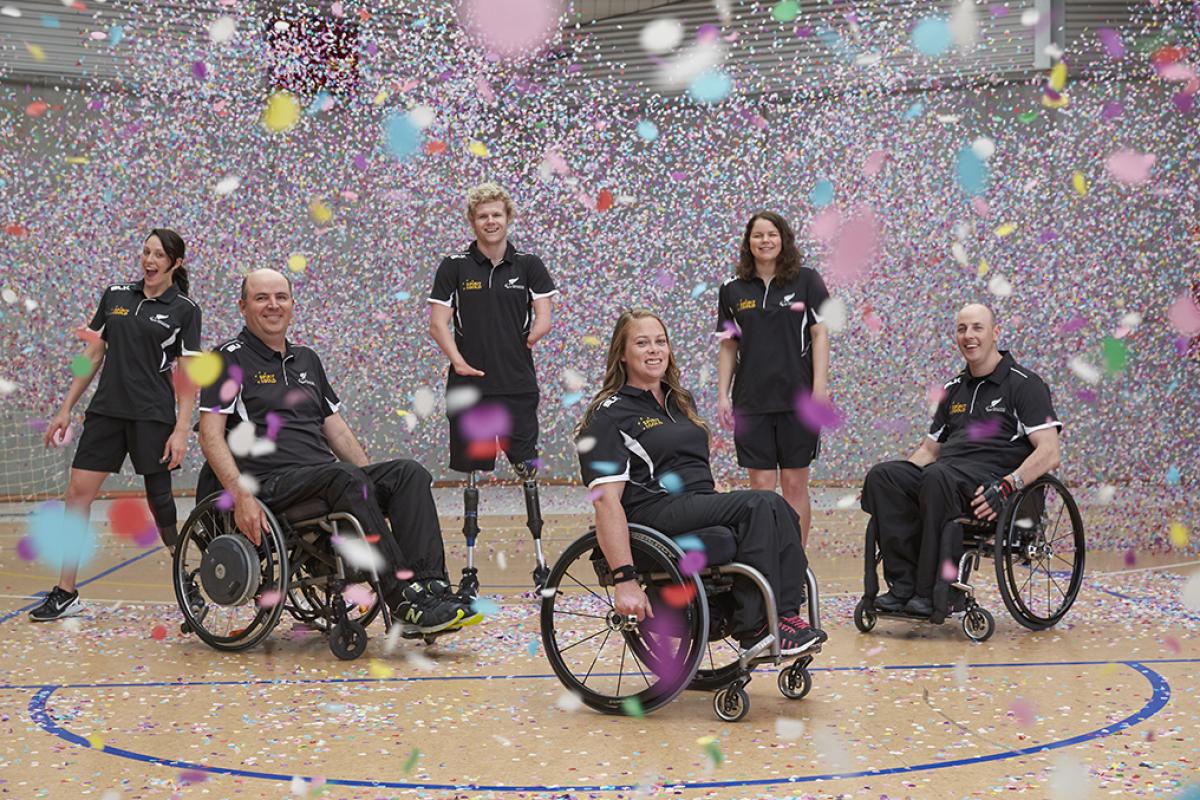 The campaign, aimed at inspiring New Zealanders to get behind their para-athletes, launched on 8 February with a nationwide activation featuring top New Zealand Paralympians and para-athletes such as Sophie Pascoe, Mary Fisher, Cameron Leslie, Michael Johnson, Tim Dempsey and Gemma Fletcher. Cadbury will show their support for the team with a digital campaign and dedicated microsite at ‘www.bringonthejoy.co.nz’. Consumers will be encouraged to visit the site and enter their messages of support for the New Zealand Paralympians.

All messages captured around New Zealand will be shared with the Paralympians in a surprising and impactful way. Confetti will be used as the glue throughout the campaign, acting as the key visual device to showcase the messages of support.

James Kane, Country Head NZ for Cadbury, said: "We are honoured to be a major partner of Paralympics New Zealand. The aim with our NZD 200,000 contribution is to help ensure our para-athletes fulfil their dreams and build a platform for the next generation to follow their lead. In the coming months we will continue to provide the team with our full support ahead of the big event in September."

Lauren Fildes, Head of Strategic Partnerships and Events at Cadbury, said: “We're calling all New Zealanders to join us in our mission to show support and appreciation for the New Zealand Paralympic Team and rally behind the para-athletes on their journey to the Rio 2016 Paralympic Games. We are really excited about our campaign which provides the chance to inspire the para-athletes and give something back to them as they seek to bring joy to the nation. We encourage New Zealanders to head online to www.bringonthejoy.co.nz in the coming weeks and get involved to help us shower the Paralympians with an overwhelming level of support.”

Fiona Allan, Chief Executive of Paralympics New Zealand said: “We could not be more grateful for Cadbury’s contribution. Paralympics New Zealand relies on a mix of donations, government grants and support from business to run our many sport and community programmes, which includes covering the cost to prepare and take the New Zealand Paralympic team to Rio. We still have some way to go in securing the funding we need to give our Paralympians the best chance to bring home gold. We hope that Cadbury’s contribution and new campaign will inspire all New Zealanders to get behind us with messages of support and donations.”

More details about Cadbury's Paralympic campaign will be announced in the coming months. Cadbury are also partners of the New Zealand Olympic Team and will be supporting Olympic athletes in the build-up to the Rio 2016 Olympic Games in August. Further details on this activity will be revealed soon.

Visit the campaign's website to show your support for our Paralympians.