Canadians Invited to Apply as Torchbearers for Paralympic Torch Relay 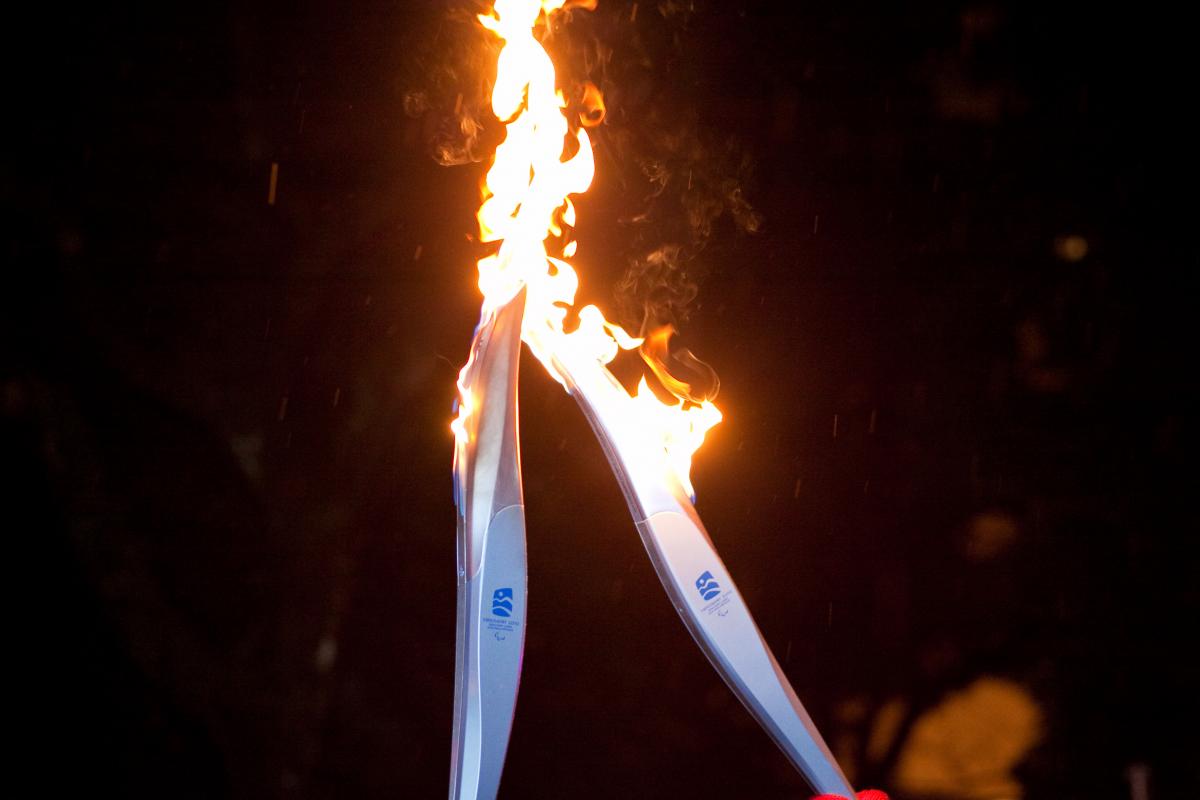 All applicants will need to describe why they want to be a torchbearer and how they embody the Paralympic values in their everyday life. Each torchbearer selected must also have transportation to and from their assigned torchbearer location. Applications will be accepted at www.YouGottaBeHere.ca until 11:59 pm (Pacific Time) on 6 January 2010.

Rick Ball, an Ontario amputee runner, will share his inspirational story with the world as one of the first torchbearers to carry the Paralympic Flame in the relay.

The Paralympic Flame — which has no ancestral home — will spring to life in a special Aboriginal-themed lighting ceremony with a uniquely Canadian flair on Parliament Hill. The Paralympic Flame will visit community celebration sites in Ottawa, ON (3 March), Quebec City (4 March) and Toronto (5 March), as well as Victoria and Esquimalt (6 March), Squamish (7 March), Whistler (8 March), Lytton and Hope (9 March), Maple Ridge (10 March), and Vancouver (10-12 March) in British Columbia.

On 11 March 2010, the relay will turn into a 24-hour event through Vancouver’s downtown core surrounding Robson Square as part of a day-long celebration of culture and sport counting down the final moments until the Opening Ceremony of the Games in front of thousands at BC Place.

During the relay, an estimated 600 torchbearers will carry the flame in the curved steel blue torch, designed and manufactured by Bombardier, while wearing their matching blue official keepsake torchbearer uniform, produced by the Hudson’s Bay Company. In addition to the public torchbearer contest, other worthy members of the public will be selected by VANOC, the Government of Canada, Coca-Cola, RBC, the Canadian Paralympic Committee (CPC), and the Canadian Forces’ Soldier One programme.

Today, Coca-Cola also named Anne Bethune as its first Paralympic Torchbearer. Bethune is president of the Vancouver Adaptive Snow Sports (VASS) and has been involved with the Disabled Skiers Association for more than 20 years. For its first Paralympic Torchbearer, RBC selected Al Etmanski, an author and co-founder of Planned Lifetime Advocacy Network (PLAN), which was instrumental in advocating for the new Registered Disability Savings Plan and assists families across Canada and globally in addressing the financial and social well-being of relatives with a disability.

The Vancouver 2010 Paralympic Winter Games take place from 12-21 March 2010 with approximately 1,000 athletes and officials from more than 40 countries. Tickets for all Paralympic events can be purchased at www.vancouver2010.com, in person at Main Ticket Centres in Vancouver and Whistler or over the phone at 1.800.TICKETS or 604.629.7140 TDD/TTY, as part of Phase 3 of ticket sales for the Games.