The seventh annual BT Paralympic World Cup was launched today as members of the GB Wheelchair Basketball men’s and women’s teams took over the Manchester Arndale Centre to stage a celebrity demonstration event.

Over the coming week, 23-28 May, some of the world’s best elite Paralympic athletes will descend on Manchester for the BT Paralympic World Cup to partake in six days of exhilarating competition across three sports; Wheelchair Basketball, Athletics and Swimming. There will also be international matches in Sitting Volleyball and Boccia where GB will take on the Netherlands and Ireland respectively.

Tina Malone, who plays Mimi Maguire in Shameless, said, “It is really good to be here ahead of the BT Paralympic World Cup due to start in Manchester next week on the 23 May. It is a privilege to meet such driven and determined athletes and to help publicise Paralympic sport.”

Martin Offiah also commented, “Having been involved in Dancing on Wheels and playing basketball before, I was really keen to try out Wheelchair Basketball and it’s been a great experience. The BT Paralympic World Cup looks set to be a fantastic opportunity to raise the profile of Paralympic sport and I wish all the athletes the best of luck next week.”

“The BT Paralympic World Cup provides a significant stepping stone for many elite-level athletes aiming to compete at the London 2012 Paralympic Games and beyond. It is a place where they can raise their game and test themselves against strong international opposition, providing them with vital preparation. The BT Paralympic World Cup is a great showcase of sport for spectators and will give them a taster of the excitement that they will witness during the London 2012 Games.” he said.

One of the stars appearing at the athletics is ‘Blade Runner’ Oscar Pistorius, a BT Ambassador.

Suzi Williams, Director, BT Group Marketing and Brand, said, “The BT Paralympic World Cup gets stronger every year and reinforces the power of Paralympic sport to inspire, connect and engage people of all ages and backgrounds. For the world's elite athletes competing in Manchester this year, the event is a major step on their road to 2012 and we’re looking forwards to seeing some fantastic performances on the track, court and in the pool."

The BT Paralympic World Cup host broadcaster, Channel 4, will be providing unprecedented coverage for this year’s event. Deborah Poulton, Sports Editor for Channel 4’s Paralympics 2012 programming, is excited for the action to commence as they ramp up their Paralympic sporting schedule.

“The BT Paralympic World Cup is an exciting opportunity for Channel 4 as we set in motion our bold and comprehensive coverage plans for Paralympic sport. In the run up to 2012 we'll give this important event more hours of TV coverage than ever before, a bold and fresh presenting team, and innovative graphic solutions which aim to debunk Paralympic sport in a way previously unseen,” said Poulton.

ParalympicsGB Chair Tim Reddish commented, “The BT Paralympic World Cup is a great event and I am delighted that once again it has attracted a high quality of athletes to compete here. The event is highly valuable for British teams and athletes as they prepare for London 2012, as it provides a rare opportunity for them to compete in front of a home crowd.”

Councillor Mike Amesbury, Executive Member for Culture and Leisure at Manchester City Council said, “Manchester will set the stage for record breaking performances for the seventh consecutive year and the city is delighted to continue its association with elite disability sport. We welcome the world’s elite athletes and the world’s media to our doorstep and are thrilled that the event will be receiving so much exposure through Channel 4’s broadcast”. 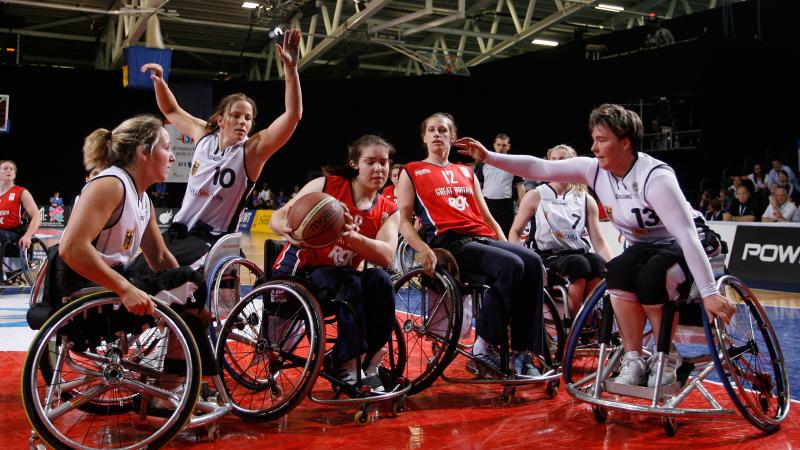