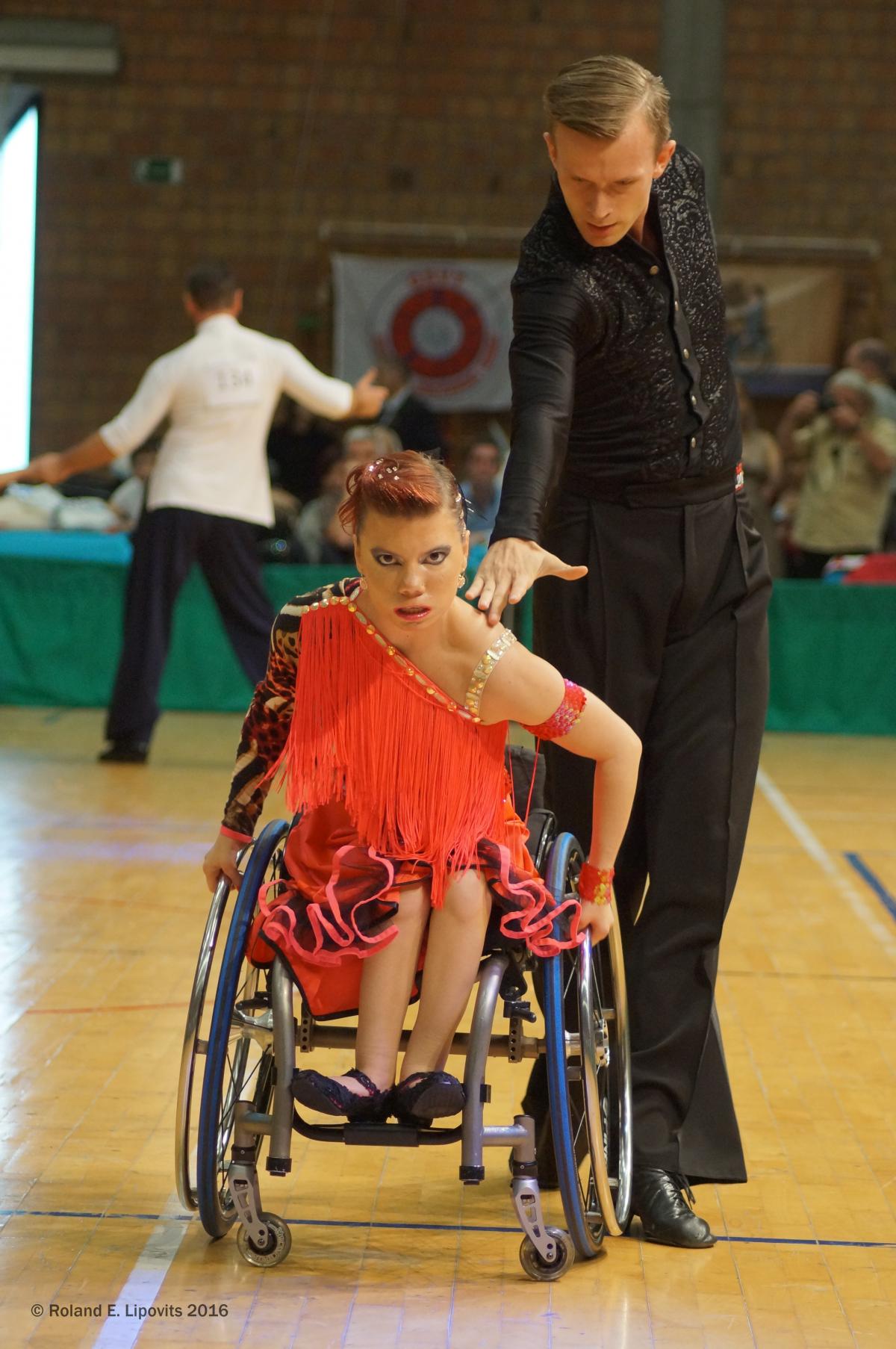 Kosice 2016 will take place 28-30 October, and the full schedule can be viewed online. The competition will see world and returning European champions from 14 countries looking to capture the regional titles over 13 medal events, starting with the duo standard class 2 and class 1 on Friday (28 October).

The Polish couple of Joanna Reda and Pawel Karpinski just missed the podium at both the 2015 World Championships and 2014 Europeans in the duo standard class 2. But they would hope that will not be the case this year. In the class 1 equivalent, Ukrainian Worlds silver medallists Illona Slugovyna and Valeriy Bevzyuk are the favourites for gold.

Poland will have another opportunity to reach the top of the podium on same day in combi freestyle class 2, with Katarzyna Bloch and Marek Zaborowski fresh off a gold medal from the October’s Belgian Open.

Slugovyna will go for double gold on Friday as she looks to win the women’s single class 1, an event the Ukrainian is the defending world champion in. Her compatriot Olena Chynka will look to add to Ukraine’s success in the class 2 equivalent, as she aims to follow up her Worlds silver medal from Rome, Italy, with gold in Kosice.

Reigning European champion and Rome 2015 silver medallist Eric Machens is the overwhelming favourite in the men’s single class 1 and 2 (combined), the final event for day one.

After taking third place at both Rome 2015 and Lomianki 2014, Reda and Karpinski are expected to battle for the top of the podium in the duo Latin. They showed strong form after their victory in the same event at this month’s Belgian Open.

The combi freestyle class 1 is expected to be an interesting show that could feature two Israeli couples going for gold; Vital Zinger and partner Sean Shabtay Ziv, and Anna Vaishbein and Gil Mazor gold and silver, respectively, two years ago in Poland.

The combi standard class 2 and class 1 have the most entries, with 10 couples participating in each, and will conclude the competition on Saturday (29 October).

Belarus’ Worlds bronze medallists Alesia Aliakhnovich will look to defend her European title in the combi standard class 1, but with a new standing dance partner in Maksim Shylau. Their biggest challengers will be Slovakia’s reigning world champions Helena Kasicka and Peter Vidasic, who were runners-up in 2014.

Belarus’ Hanna Harchakova will look to replicate the performance that won her gold at Rome 2015 in the combi standard class 2, but also with new partner Roman Usmanov.

Austria’s Sanja Vukasinovic is coming off a gold from the Belgian Open in the women’s freestyle and would hope to carry that over into Kosice. The combi Latin class 1 can see a Belarusian showdown between defending world champions Darya Kulsh and partner Aliaksandr Liakhovich, and 2014 European champions Hanna Siratsiuk and Ihar Kuliashou.

More information on the 2016 IPC Wheelchair Dance Sport European Championships can be found on the event website.