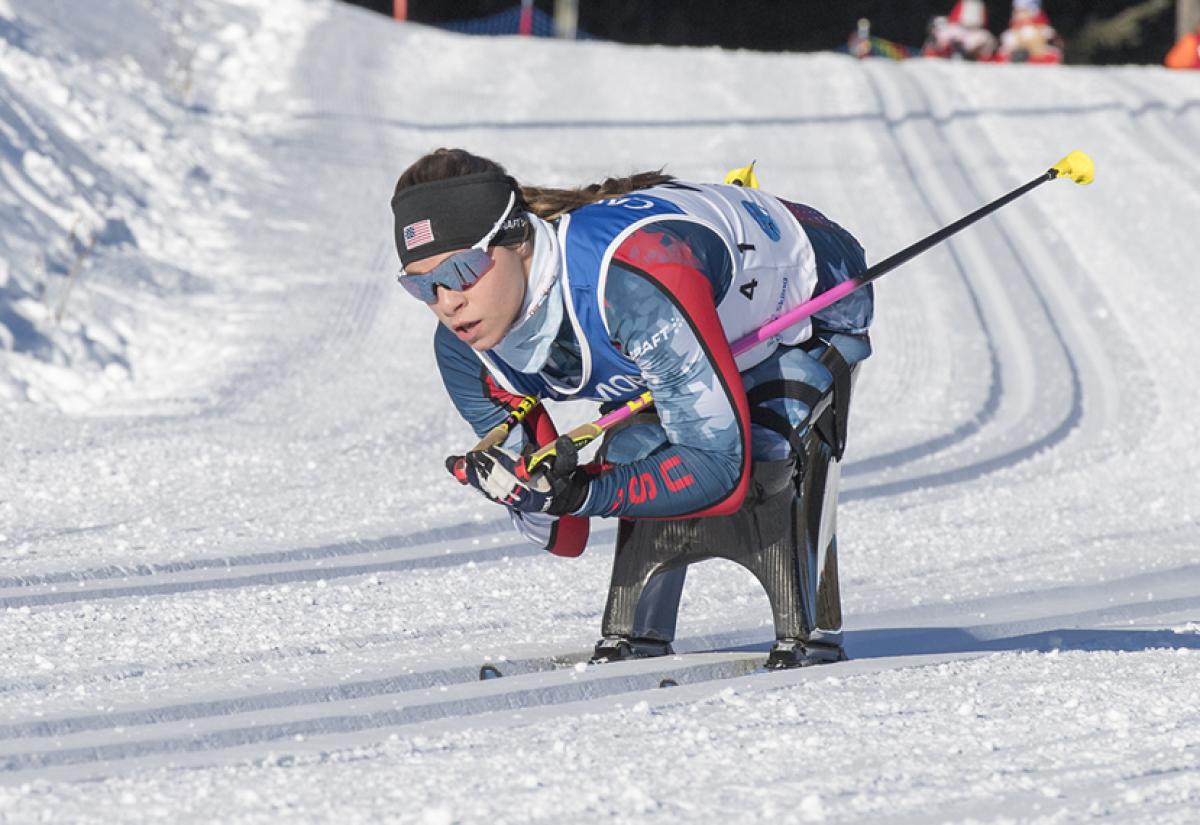 Oksana Masters was disqualified in the season's opener, the cross-country sprint at the 2017 World Para Nordic Skiing World Cup in Canmre, Canada.

Favourite Oksana Masters of the USA appeared to have won the women’s sit ski sprint after dominant performances in the qualifications and semi-final. However, the judges later ruled that her race result was invalid and the victory passed to Germany’s Andrea Eskau, who is more known as a biathlon specialist.

“I’m very happy with how I skied today,” Masters posted on her Instagram. “Unfortunately I got a little too excited at the start of the final and started by 0.5 seconds too soon.”

“I completely take 100 percent accountability for the accidental false start,” she added. “Mistakes happen and I am so ready to throw it down in tomorrow’s race with a little more motivation.”

For Eskau, it was a bitter-sweet victory.

“I'm not really the winner,” Eskau said. “The winner was Oksana Masters, but she was disqualified today. She was the fastest skier today.

“My race was really good. I'm lucky with my performance,” she added.

“The hill was the toughest, but conditions are really nice with artificial snow and good weather.”

It was also an emotional day for Benjamin Daviet of France who won the men’s standing race ahead of Paralympic medallists Vladislav Lekomtsev and Rushan Minnegulov. Daviet has not won a medal in a sprint since the 2015 World Championships, where he placed second, and was overjoyed by the result.

“Today I had a good glide. Mentally I was very strong. In the semis, it was not easy, I took it easy, so in the final I was at 100 per cent.”

Athletes competing under a neutral flag, many of which are returning champions from the 2014 Paralympic Winter Games, won the other four races in the season’s opener. They also took one bronze and swept silver in all of the events, for an impressive total of 11 medals.

Ivan Golubkov started off the winning streak with dominant performances in all of his sit ski sprint races. The 22-year-old newcomer, who has not participated in major competitions until now, won his qualification and semi-final heats before taking the gold in the final.

The neutral athlete was joined on the podium by neutral Aleksei Bychenok in second place and US skier Andrew Soule in third.

Both of the men’s and women’s visually impaired sprints went to neutral athletes. Oleg Ponomarev won the men’s sprint - one of his signature distances - coming ahead of favourite Zabastian Modin of Sweden. Modin beat Ponamarev in the event at the 2014 Paralympic Winter Games, grabbing second, while Ponamarev clung to the last spot on the podium.

Paralympic sprint champion Mikhalina Lysova was victorious on the women’s side. In a repeat of Sochi 2014, her teammate Elena Remizova took second, while last season’s world champion in the event, Carina Edlinger of Austria, settled for bronze.

Relative newcomer Ekaterina Rumyantseva, who started to compete internationally in the 2014-15 season entered her first World Cup under a neutral flag and won gold in the women’s standing sprint.

The Paralympic champion in the event, Anna Milenina, came second to her fellow neutral athlete Rumyantseva while local favourite Emily Young snatched the first podium place for the host country when she came third. It was the best result in an individual race at a major competition for the Canadian, who previously only got on the podium in the relay event at the 2017 World Championships. 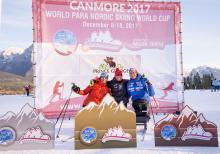 Germany's Andrea Eskau was please to take the first win of the season at the 2017 World Para Nordic Skiing World Cup in Canmore, Canada. 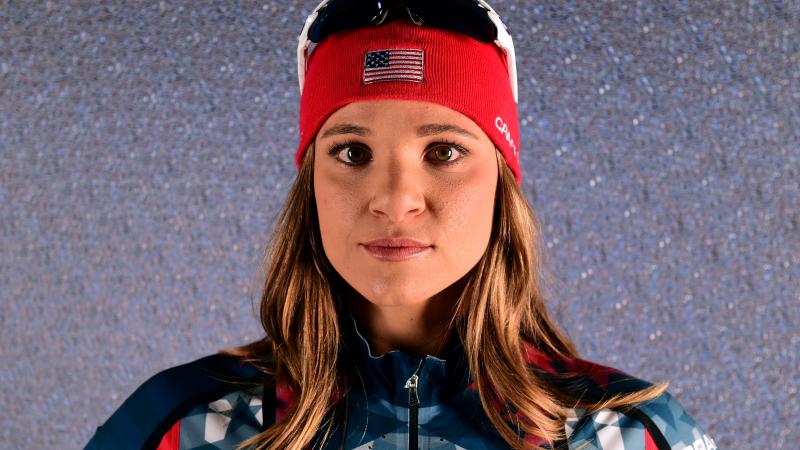 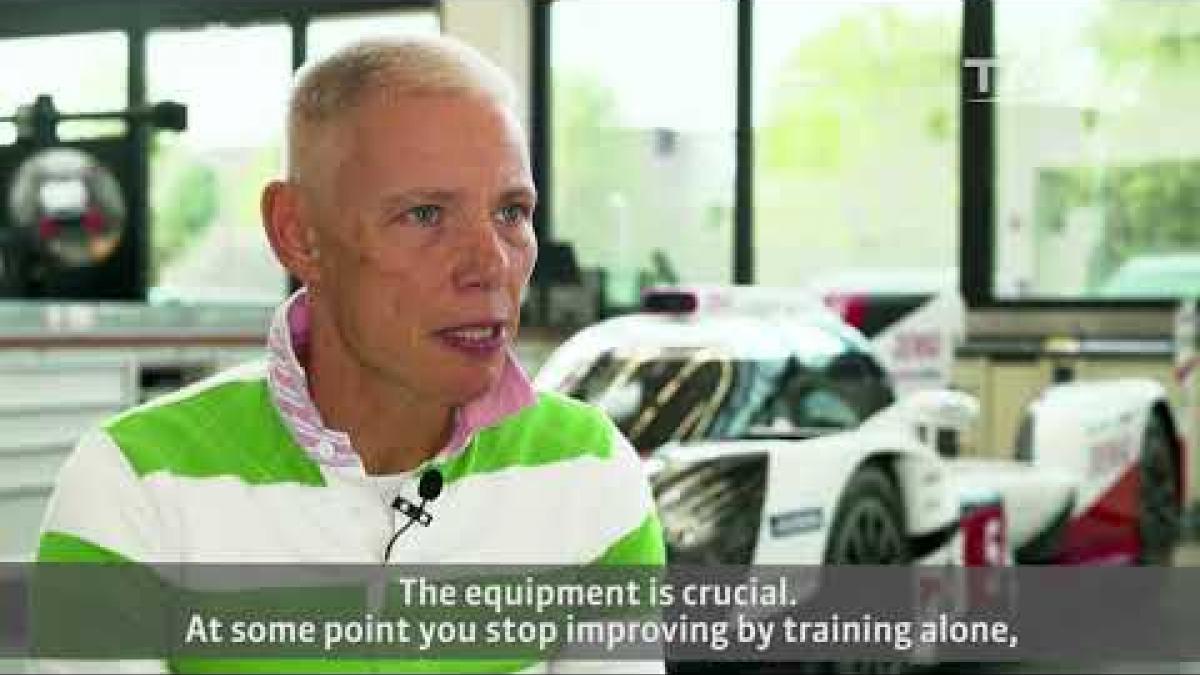