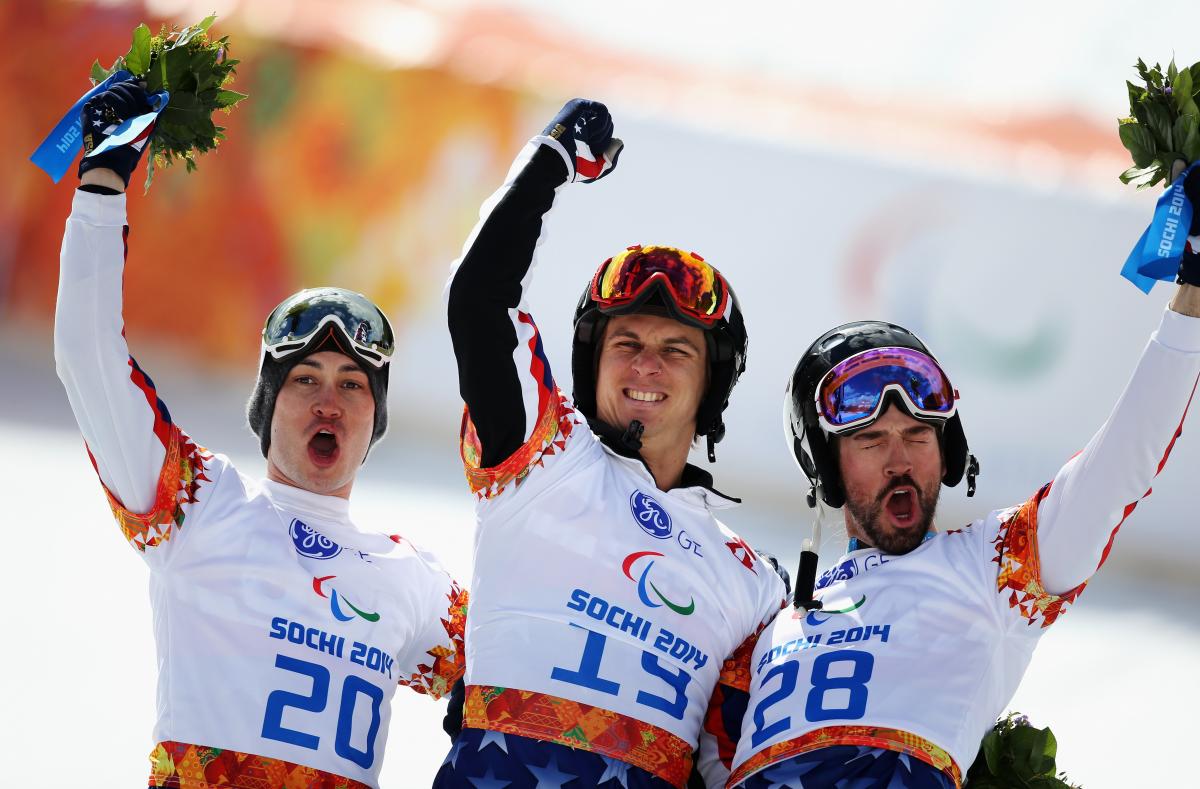 "I don’t even feel like my feet are on the ground right now. Today this course is super fun, you can generate lots of speed but it was super challenging and very stressful.”

The USA’s Evan Strong, Mike Shea and Keith Gabel claimed all three medals in the men’s snowboard cross competition on Friday (14 March) at Sochi 2014 to complete an American sweep in the sport’s Paralympic debut.

Strong recorded the fastest time of the day on the course (51.62), as the 2012 world champion and X-Games medallist collected USA’s first gold medal of the Sochi 2014 Paralympics.

“Today is a dream. I’m ecstatic, I’m over the moon," Strong said.

"I don’t even feel like my feet are on the ground right now. Today this course is super fun, you can generate lots of speed but it was super challenging and very stressful.”

Strong was battling for gold with compatriot Shea, who led after the first run with an impressive time of 52.29.

However, Strong stormed back into a commanding lead as he took gold with a combined effort of 1:43.61, with Shea one second behind (1:44.18) to attain a silver medal.

Gabel’s combined time of 1:47.10 was good enough for a bronze medal as the American triple threat completed the podium, with New Zealand’s Carl Murphy finishing fourth (1:49.10)

In the women’s event, Bibian Mentel-Spee won the gold medal to become only just the second-ever Dutch athlete to win gold at a Winter Paralympics.

Prior to Sochi, the Netherlands have only won 10 Winter Paralympic medals, and they have all come from former biathlete and cross-country skier Marjorie van de Bunt.

Now, 41-year-old Mentel-Spee will be known as the first-ever female snowboard Paralympic champion.

Mentel-Spee said she struggled on the first run recording a time of 1:00.18. However, she regrouped and managed to shave two seconds off in her final two runs to grasp the gold medal as she recorded a combined time of 1:57.43.

“In the second and third run, I warmed up to the snow a little bit and I just stepped it up to showcase our sport.”

After the race, Mentel-Spee embraced her son Julian who has not been able to see her for a long time due to his mother’s travels on the snowboard circuit.

“It really is the cherry in the pie,” she said. “It’s been really difficult because my son hasn’t seen me with all the travelling I have to do so it’s wonderful to have him here with me.”

Mentel-Spee was 10 seconds clear of Frenchwoman Cecile Cervellon Hernandez-Ep, who collected silver with a calculated time of 2:07.31

The USA’s Amy Purdy settled for the bronze medal with a time of 2:14.29, and she said she really enjoyed the Paralympic debut of snowboard.

“It's a breath of fresh air to have done it,” said Purdy. “The whole journey has been amazing. Most of us have been here from the very beginning. This is a great debut to show what we're capable of." 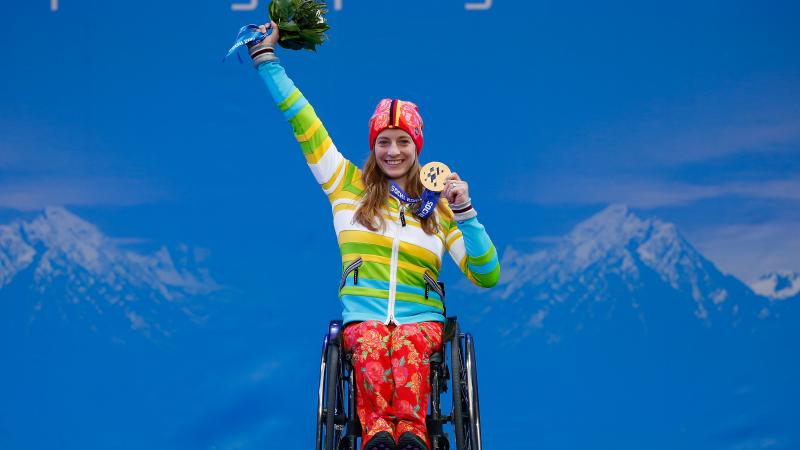