The IBSA organised meeting aimed develop the components of a sport specific classification system under the new IPC Classification Code. 29 Jan 2015 By IPC

“The meeting was a successful one and we were all in agreement that we want to see a transparent and fair classification system when it comes to vision impairment.”

Visual impairment (VI) experts from 15 para-sports, together with scientists and classifiers met in Amsterdam, the Netherlands, last weekend (23-25 January) as part of a project to develop the components of a sport specific classification system under the IPC Classification Code.

Organised by the International Blind Sports Federation (IBSA) with a grant provided by the Agitos Foundation, the meeting took place at the VU University in Amsterdam, which acts as one of three IPC classification research and development centres around the world.

The centre in Amsterdam specialises in research and concepts on visually impaired classification for the IPC and the three day meeting started with attendees discussing the overall concept of classification with special emphasis on athletes with a visual impairment. They were then brought up to speed on the evolution of the new IPC Classification Code which is due to come into effect on 1 January 2017.

Delegates then discussed various aspects of VI classification in an effort to find common denominators. Subjects included eligible impairments, minimum impairment criteria, the impact of training and date of onset of VI impairment, methods used for the measurement of vision impairment and a critical review of the current classification system.

The meeting concluded with discussions around approaches for the detection of intentional misrepresentation and the use of adaptive equipment and blindfolds in VI classification and future research directions.

One in four of the Amsterdam attendees were existing or recently retired athletes ensuring that the views of those taking part in the sport were represented and considered.

Scott Field, a two-time Paralympic S12 swimmer for South Africa who won seven medals between 2000 and 2004 was impressed with meeting and its outcomes.

“During the meeting we tackled some very intersting issues. All attendees who were present were fully committed to provide the best for the athletes and are working with the sport federations to come up with a sport specific classification system for VI athletes across the various sports.

“We tackled a very complex issue on Friday which was the issue of how being visually impaired during the developmental stages of childhood can affect your ability to perform in sport as an adult. The whole issue of congenital versus acquired loss of vision is one that will continue to be investigated.

“Another very interesting discussion was the topic of minimum impairment criteria. We discussed possible ways researchers can establish the minimal threshold of vision loss which will make an athlete eligible to compete in para sport.”

“The meeting was a successful one and we were all in agreement that we want to see a transparent and fair classification system when it comes to vision impairment,” said Prendergast who the 800m T13 Paralympic gold at the Athens 2004 Paralympic Games.

“As an athlete who has been around the traps for a few years now there is always talk amongst athletes of this needing to change. A meeting and the research on VI classification has really opened my eyes to just how difficult this whole area is.

“Three days of meetings coupled with a series of surveys have not solved every issue around VI classification, rather it feels like we are just scratching the surface. This is exciting though and fantastic that IBSA, IPC and Agitos all see the real value in getting a robust VI classification system in place as we move forward in the Paralympic Movement.”

Part of the meetings took place at the stadium that hosted the 1928 Olympic Games. 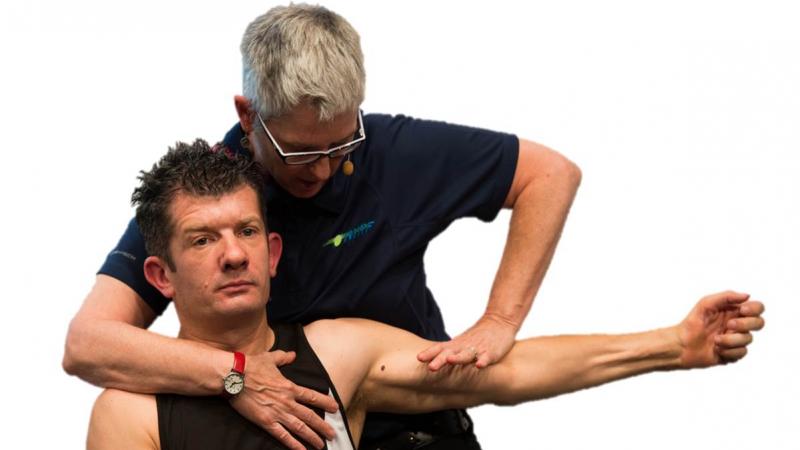