Giant hoof prints on Normandy beach have marked the milestone ahead of the biggest para-equestrian event of the year. 15 May 2014
Imagen 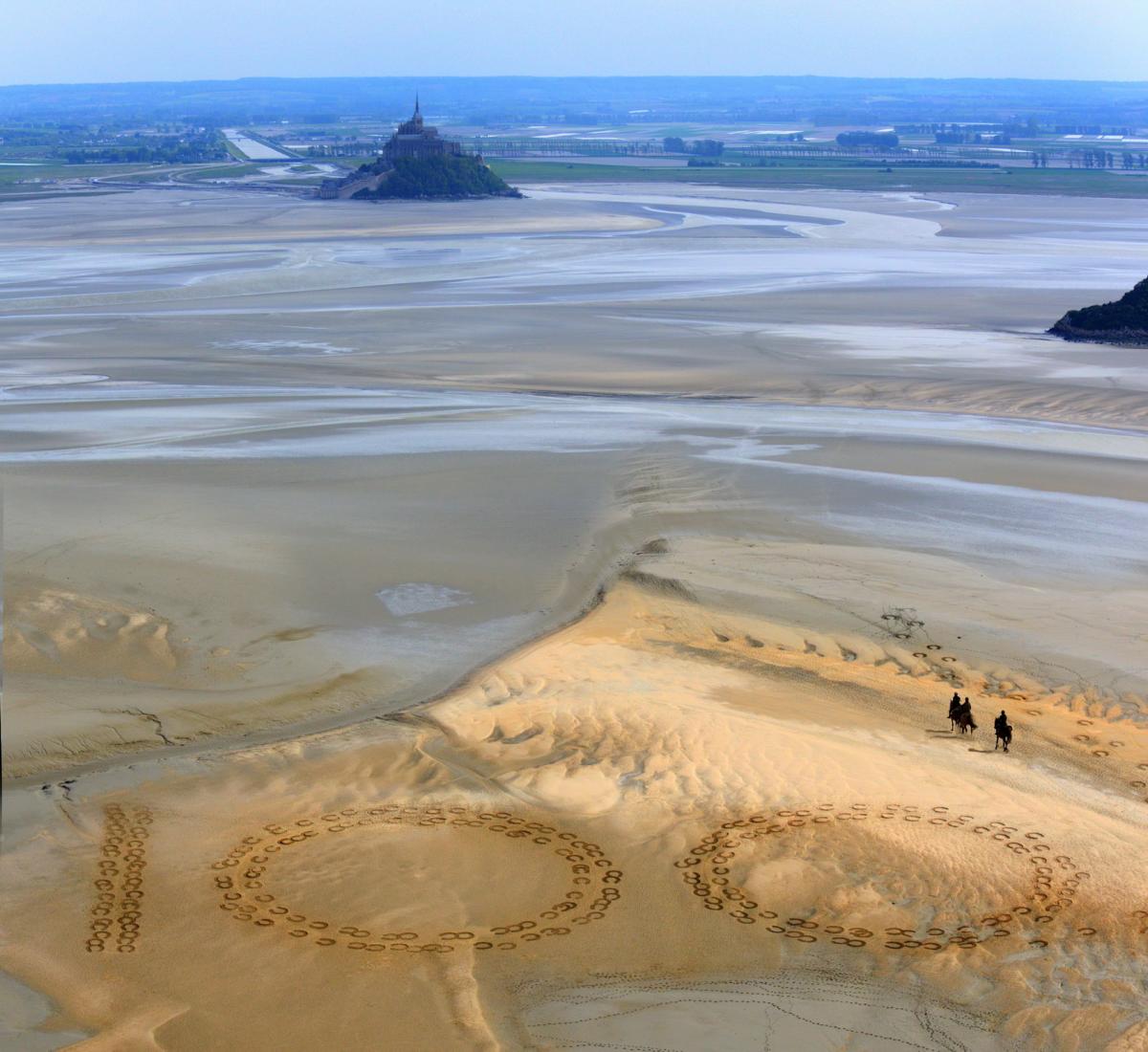 Giant 2.3m by 2.5m horse hoof prints created in the Bay of Mont-Saint-Michel by French artist and sand sculptor Christophe Dumont mark 100 days to the start of the Alltech FEI World Equestrian Games in Normandy, France.

This year's Games, which run from 23 August - 7 September, will feature the world’s finest equestrian athletes competing in the seven official FEI disciplines, including para-equestrian dressage.

A unique piece of sand art on the Bay of Mont-Saint-Michel in Normandy has marked 100 days to go until the start of the Alltech FEI World Equestrian Games 2014 in France this summer.

French artist Christophe Dumont created a spectacular piece of sand art featuring giant, 2.3 by 2.5 metre horse’s hoof prints in a huge “100” on the famous Normandy beach. The artist and a team of 20 people battled against time and tide to produce the unique piece of artwork, so that it could be captured on camera before the waves washed it away.

Inspiration for the sand art came from the tracks made by horses on the beach and Dumont used the idea to create a distinctive and unique message for the 100-day countdown to the Games.

The FEI World Equestrian Games take place every four years and are seen as the pinnacle of equestrian sport. This year is the seventh edition of the Games, which take place in the middle of the Paralympic cycle.

This year's Games, which run from 23 August - 7 September, will feature the world’s finest equestrian athletes competing in the seven official FEI disciplines, including para-equestrian dressage.

The Games will also see a record number of nations taking part, with 72 countries having already declared their intention to compete at the event in Normandy, making this the world's greatest global equestrian sport event.

Events will take place in Caen’s Stade d’Ornano, Zénith concert hall and La Prairie racecourse, in Orne at the prestigious Le Pin National Stud founded by decree of Louis XIV and known as "the Equestrian Versailles,” and in Sartilly, with part of the endurance course actually running across the Bay of Mont-Saint-Michel.

HRH Princess Haya, FEI President said: “The giant hoof prints on the beach at the Bay of Mont-Saint-Michel is a beautiful way to mark the 100-day countdown to the start of the Alltech FEI World Equestrian Games, as it captures the free spirit of our wonderful partner, the horse. And everyone who rides horses knows that we spend a lot of time training in circles.

“With just 100 days to go before the start of the Games, excitement is really building. The world’s best horses and riders will be going for gold in Normandy so we can expect absolutely top sport. We are looking forward to these being the best Games yet.”

Fabien Grobon, CEO of the Normandy 2014 Organising Committee, said: “With just 100 days to go until the start of the Alltech FEI World Equestrian Games 2014 in Normandy, preparations are right on track to stage the world’s most global equestrian event.

“Normandy has a long-standing association with the horse and equestrianism, which is something we’re very proud of. We’re putting everything in place to welcome thousands of athletes, horses and spectators, and we’re getting ready to host an amazing celebration that we will never forget.” 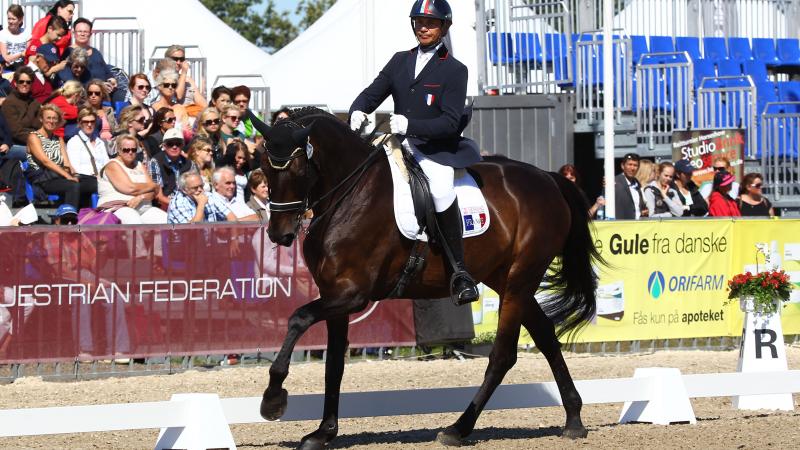