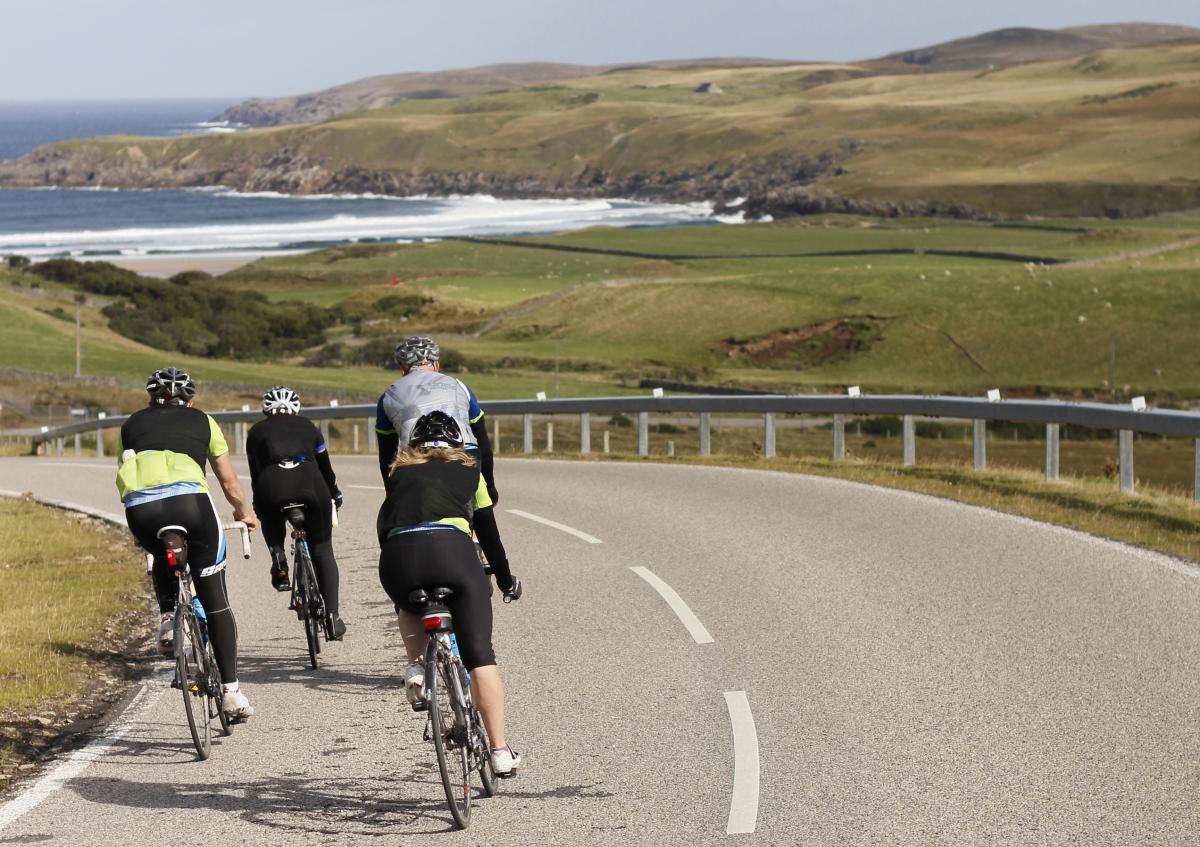 Cyclists tackle the 969 mile route from Land's End to John O'Groats to raise money for the British Paralympic Association.

Four employees from Mondelez International are doing their bit to help British Paralympians to deliver performances of a lifetime at Rio 2016 as they fundraise for the British Paralympic Association (BPA) by taking part in an epic challenge: cycling a tandem bike in relay from Land’s End to John O’Groats.

On the back of the tandem will be Tim Reddish OBE, Chairman of the BPA, who has a visual impairment and who will be piloted each day by one of the Mondelez International team.

The fundraising effort is part of the Deloitte Ride Across Britain (Deloitte RAB), the UK’s premier cycling challenge, which kicked off on Saturday 6 September, with 1,000 riders tackling a route that covers 969 miles of some of the most scenic, yet challenging landscape that the UK has to offer.

Reddish, a retired Paralympian, is no stranger to the challenge, having completed the ride every year since its launch in 2010, only missing the event in 2012 when commitments to ParalympicsGB at the London Games ruled him out.

Reddish said: “The Deloitte Ride Across Britain is an incredible team effort and the commitment and passion from the cyclists on the route and our partners who support the event is truly second to none.

“I’m delighted that the riders from Mondelez are able to step in and pilot me on my tandem over the next nine days. Contrary to popular belief, having two cyclists on the bike doesn’t make it any easier, but I’m confident that my guides will rise to the challenge ahead and I’m looking forward to sharing the journey with them.”

Heading North from Land’s End, the riders will pedal over 100 miles a day for nine consecutive days to cross the finish line in John O’Groats on Sunday 14 September.

In total, 31 Mondelez employees will cycle Deloitte RAB and fundraise for the BPA while over 90 of the Deloitte riders have also pledged to raise in excess of GBP 100,000 for the BPA. Nissan, another of the BPA’s partners, is also taking part in Deloitte RAB for the first time, with four of its employees raising crucial funds for the BPA.

Deloitte RAB is a highlight in the fundraising calendar, having raised over GBP1.3m for the BPA between 2010 – 2013. For 2014, the first year that the BPA has been named the ride’s Official Charity, the Mondelez International cyclists will take the role of sighted pilot and guide Tim as he completes the event on his tandem.

Jane Jones, Director of Marketing and Communications at the BPA, added: “The backing of all of our fundraisers is absolutely vital in supporting our work to ensure that no stone is left unturned in the team’s preparations for the Rio 2016 Paralympic Games.

“Deloitte RAB has not only proved to be the experience of a lifetime for many of our fundraisers in recent years, but it’s also been a highlight in our fundraising activity and helped to generate crucial support for the team.

“I’d like to thank all of the fundraisers riding in a BPA jersey for taking on this epic challenge, with all of the training that it demands, in order to show their support.”

Diane Tomlinson, HR Director for Mondelez UK, said: “We have entered a team into Deloitte RAB for a number of years now and have always fundraised for the BPA. The whole business gets behind the team which comprises junior and senior colleagues and graduates from all our sites. When we heard that Tim needed some pilots for the ride, our team immediately rose to the challenge and volunteered. It will be an exhilarating experience for them and I’m delighted we were able to help!”

If you’re a keen cyclist who might be tempted to take up the Deloitte RAB challenge or if you’d like to support the BPA through fundraising activity on a smaller scale, pledging your support in this key period of Games preparation will really help to make a difference.