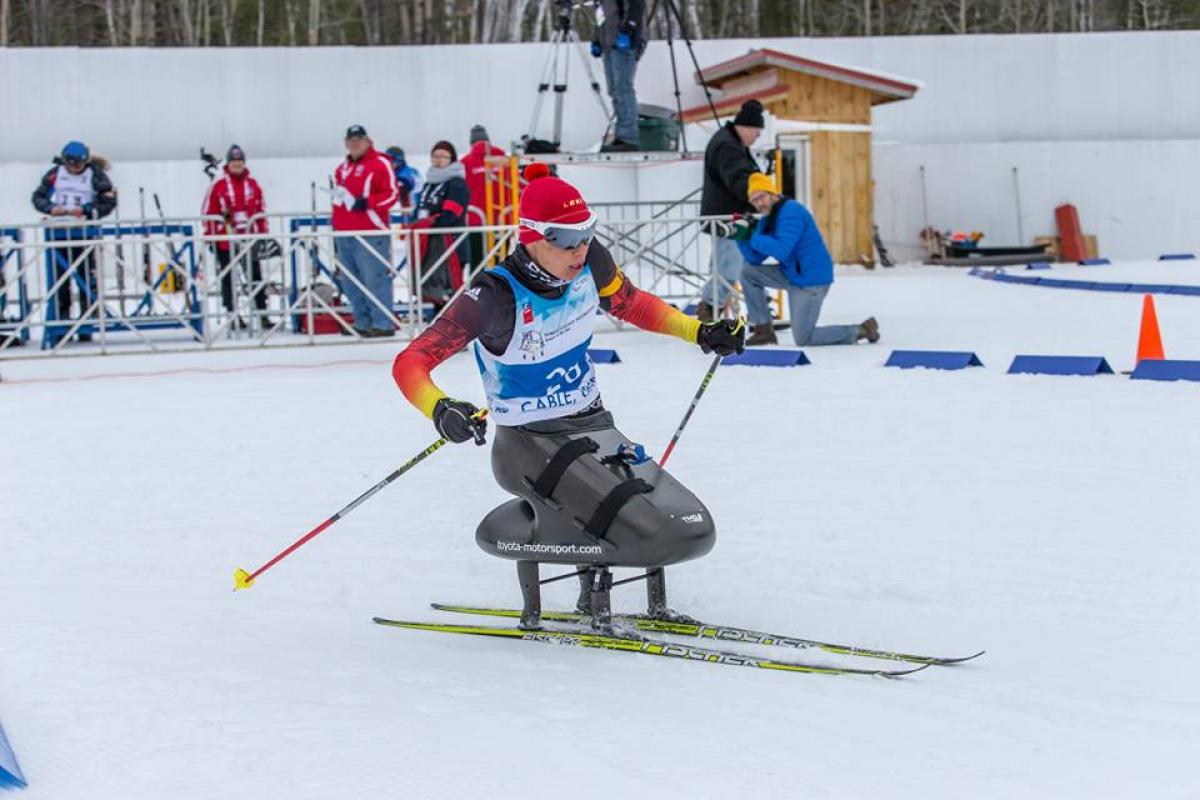 “We worked very hard and the track here is really hard so it is not an easy race, which is why I am very satisfied with the result.”

In the women's sitting, Eskau powered her way to her second medal of the competition, taking gold with an emphatic finish in 40:14.9.

"The temperature was not really a problem because it is not that cold yet," Eskau said. "The course was a little bit slower than yesterday and my strategy was not to push too hard on the first run."

The USA's Andrew Soule (44:26.0) picked up his second medal in as many days to complete the top three.

"This has been a great event so far," Soule said. "The organisers and volunteers have put on a wonderful event, the course has been groomed out fantastically. It has just been a lot of fun."

Making good on his only race of the competition, Canada's Brian McKeever (43:44.5), guided by Eric Carleton, skied to gold in the men's visually impaired.

"It is nice to be on fast snow," McKeever said following his victory, which adds to his gold medal from the same event at Sochi 2014.

"[The] staff were absolutely instrumental, skis were amazing and that makes our job far easier when all that stuff comes together."

France's Thomas Clarion (45:29.8) and guide Julien Bourla carried themselves to silver while the Russian duo of Stanislav Chokhlaev (45.42.2) and guide Evgenii Fatkhullin picked up the bronze.

Frenchman Benjamin Daviet won his second silver of Cable 2015, finishing in a time of 44:15.9,

whilst Ukraine's Ihor Reptyukh (44:53.7) rounded off the podium in third.

Reptyukh's compatriots Oleksandra Kononova (43.42.8) and Liiudmyia Liashenko (46:08.9) repeated their performance in biathlon from Saturday to win gold and silver respectively.

"I was training very long to get this kind of results" Liashenko said.

"We worked very hard and the track here is really hard so it is not an easy race, which is why I am very satisfied with the result."

Monday (26 January) will be a rest day with the competition continuing on Tuesday (27 January) with the biathlon middle distance races.

Live results will be available at Cable2015.com as well as a livestream.