The home crowd was ecstatic as Martin Fleig and Anja Wicker raced to victory in the men's and women's biathlon individual sitting at the World Championships. 14 Feb 2017 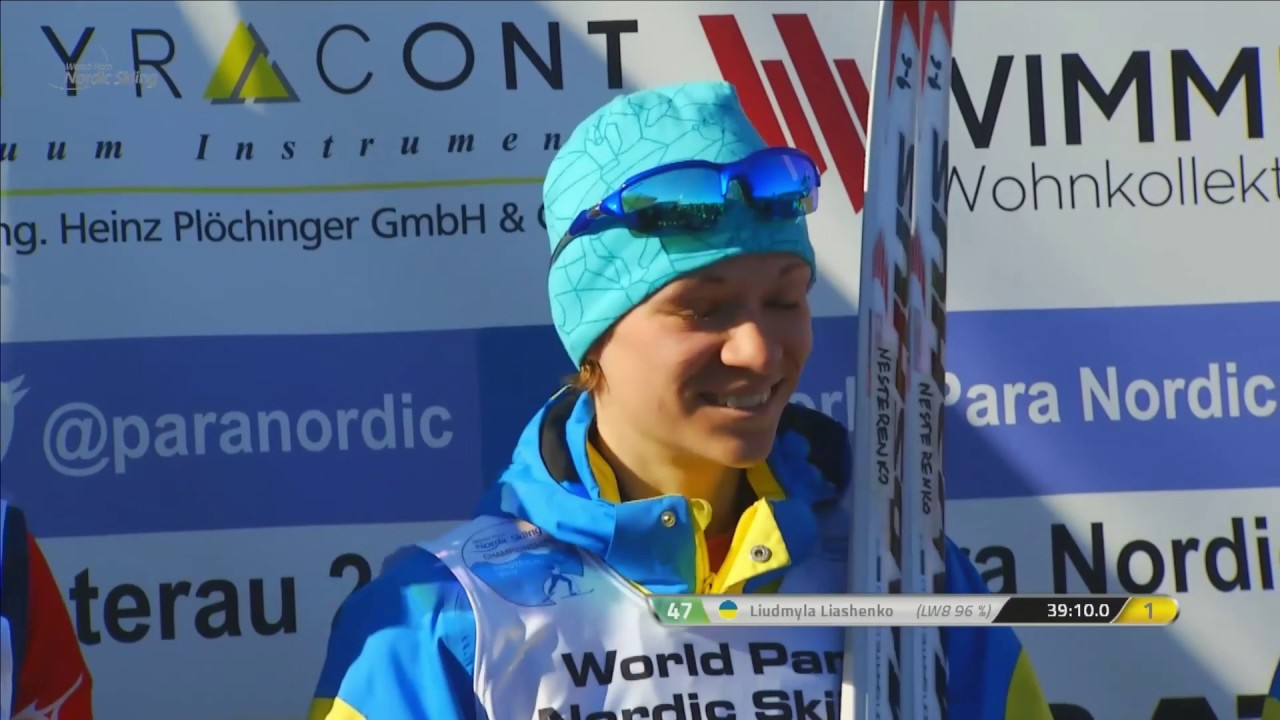 “I did not expect this. I had a good feeling in the morning but could not imagine the race would be so perfect,”

Germany celebrated double gold courtesy of Martin Fleig and Anja Wicker in the men´s and women´s biathlon Individual sitting on Tuesday (14 February), on a successful day for the hosts at the 2017 World Para Nordic Skiing Championships in Finsterau.

Fleig was the fastest in the men’s sitting with a time of 44:39.4 to win his second world title on home soil after claiming gold in the biathlon middle distance on 11 February.

“I did not expect this. I had a good feeling in the morning but could not imagine the race would be so perfect,” he said.

“It is unbelievable that now I am a two-time world champion. It is awesome.”

Sochi 2014 gold medallist Wicker (43:07.3) sealed her first title at this World Championships in the women’s sitting. The German had won silver in the biathlon middle distance.

“I am super happy, my biggest dream came true. I was hoping this would happen, it was a perfect day for me,” she said. “Whilst I was still competing, I heard that Martin [Fleig] had already won gold and that motivated me to do the same.”

The remaining biathlon Individual races saw two Ukrainians, a French and one Belarusian athlete finishing on top of the podium.

Frenchman Benjamin Daviet (38:33.7) was the fastest in the men´s standing, adding a gold to his haul after taking silver in the biathlon middle distance three days ago.

“I am very happy and honoured. This is great and what I came here for,” he said.

“I will not celebrate because there are many races ahead. I hope to win more medals in Finsterau.”

In the women´s equivalent, Ukraine´s Liudmyla Liashenko won her second gold with a time of 39:10.0.

“I am really happy. I want to dedicate this triumph to all my family, friends and all who have supported me all along this journey,” she said.

“After winning two silvers in Finsterau, I am happy to finally take gold. Now I have to focus on the next events, do my job, give my best and the results will come as a consequence,” she said.

Vasili Shaptsiaboi (40:47.3), guided by Dzmitry Budzilovich, gave Belarus their second gold medal of the Championships in the men´s visually impaired.

The competition at Finsterau 2017 will continue on Wednesday (15 February) with the cross-country mixed and open relays. 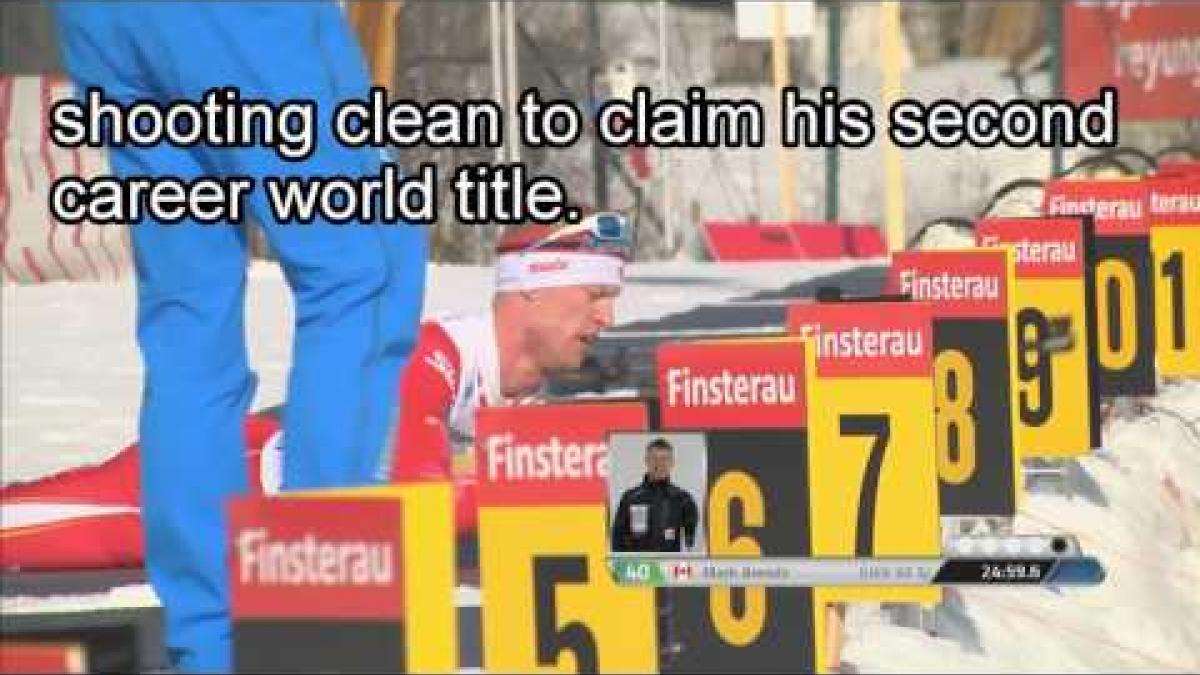 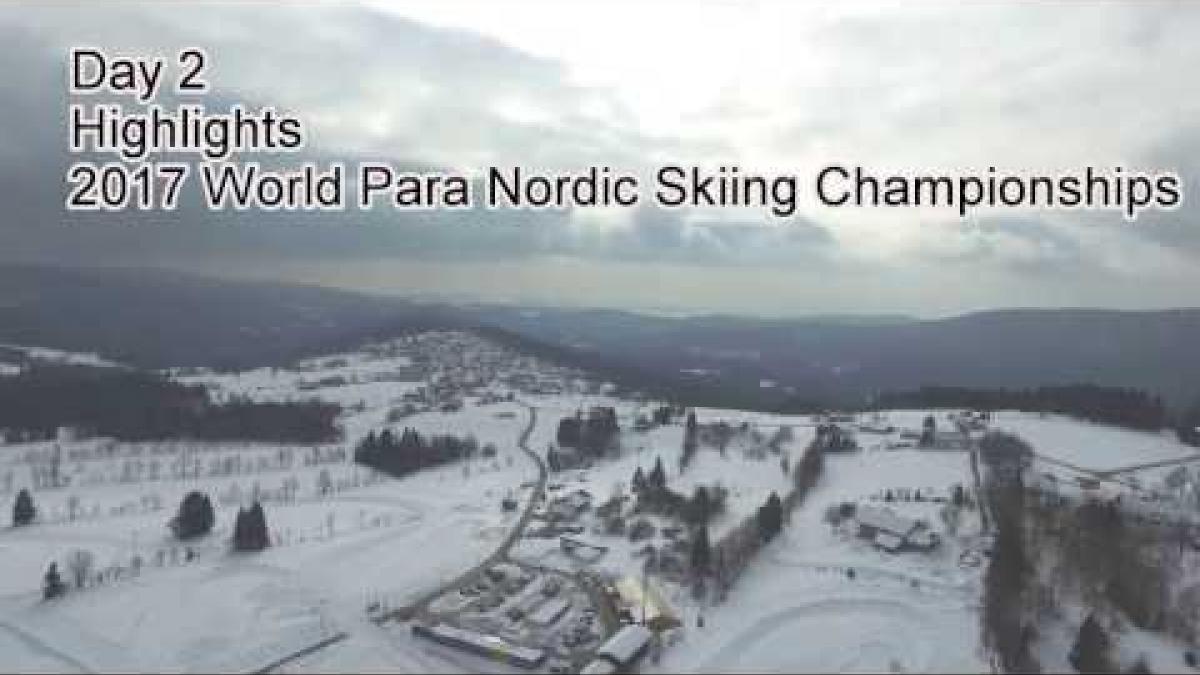