The International Federation congratulates athletes on their performances but addresses concerns regarding the LOC, FEDEDI’s operation of the event. 29 Sep 2015
Imagen

Delegations from across the world have returned home following their participation in the 2015 INAS Global Games, which took place 20-27 September in Quito, Ecuador.

Over the week, Ecuador witnessed some fantastic performances from the world’s best athletes with an intellectual disability. Almost 600 athletes from 32 nations competed in the fourth edition of the Games, which included athletics, basketball, cycling, futsal, indoor rowing, swimming, table tennis, tennis and – for the first time in the Games – taekwondo.

INAS, the International Federation for Sport for Para-athletes with an Intellectual Disability, has congratulated all athletes on a fantastic week of sport. However, away from the field of play, delivery of the Games had been beset by multiple and substantial problems following the collapse of the host organisation and Local Organising Committee (LOC), the Federación Ecuatoriana de Deportes para personas con Discapacidad Intelectual (FEDEDI), who were contractually responsible for the full financing and delivery of the Games.

With support from the INAS team, together with incredible efforts of delegations, officials, technical staff and more – competition began as planned on 22 September. However, on that same morning, the LOC informed INAS that they were no longer in a financial position to deliver the Games through to their conclusion on 27 September.

Despite INAS’ extensive efforts to get competition underway, the Games were once again threatened. The INAS Governing Board met and agreed that in the interests of the organisation and most importantly the athletes that INAS represents, the fourth Global Games must continue. All 32 delegations present have worked tirelessly to secure the funding to enable their participation in the Games and athletes have trained hard to qualify and compete. The INAS Governing Board was determined that this would not be denied.

INAS therefore immediately assumed a full operational delivery role and began to put in place strategies to ensure successful delivery of the full competition programme. However, with such a fundamental failure of the LOC, this was both difficult and at substantial cost to INAS.

INAS also requested the intervention of the Ecuadorian Sports Ministry, who immediately began to assemble a team to help support the operational delivery of the Games but also assist INAS to more fully understand the circumstances surrounding the catastrophic failure of the LOC.

At times, it seemed the mission to deliver the Games was impossible – such was the level of failure of the LOC – but on 26 September (following some small programming changes) competition across the entire programme came to its successful conclusion.

This was a remarkable achievement and was only possible thanks to the combined efforts of so many people. INAS is indebted to every single person who supported the Games in whatever their capacity. To all of these people, INAS sends its thank you on behalf of the delegations present and all elite athletes with an intellectual disability.

INAS particularly thanks the Ecuadorian Sports Ministry for their involvement and assistance. Without their help, the Games simply would not have been possible.

In the days, weeks and months ahead, there will be much analysis of the fourth INAS Global Games. INAS is already taking legal advice in respect of the failure of the Local Organising Committee, the circumstances surrounding the host organisation (FEDEDI) and in particular, the actions of its president Juan Carlos Araujo.

INAS wants to thank the delegations who participation in the Games. To the medal winners and all the athletes, INAS congratulates them on their performances, and to the many friends who made the Games possible in the most difficult of circumstances, INAS says thank you.

INAS will continue and will grow stronger, and in just four years’ time, it looks forward to the opening ceremony of the fifth INAS Global Games in Brisbane, Australia. 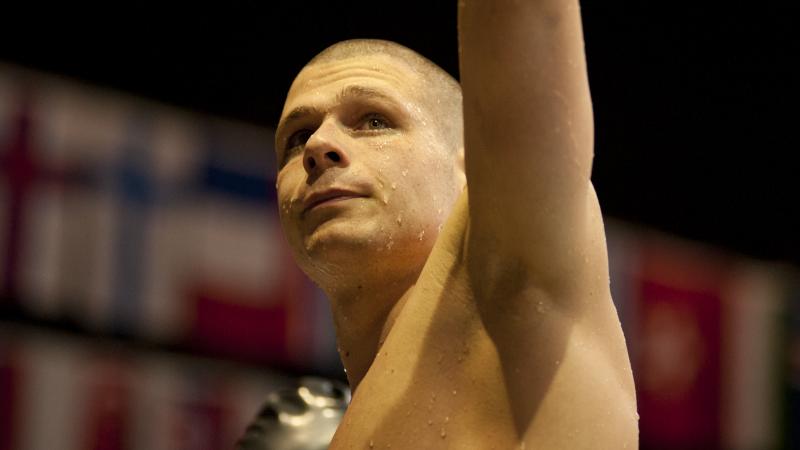