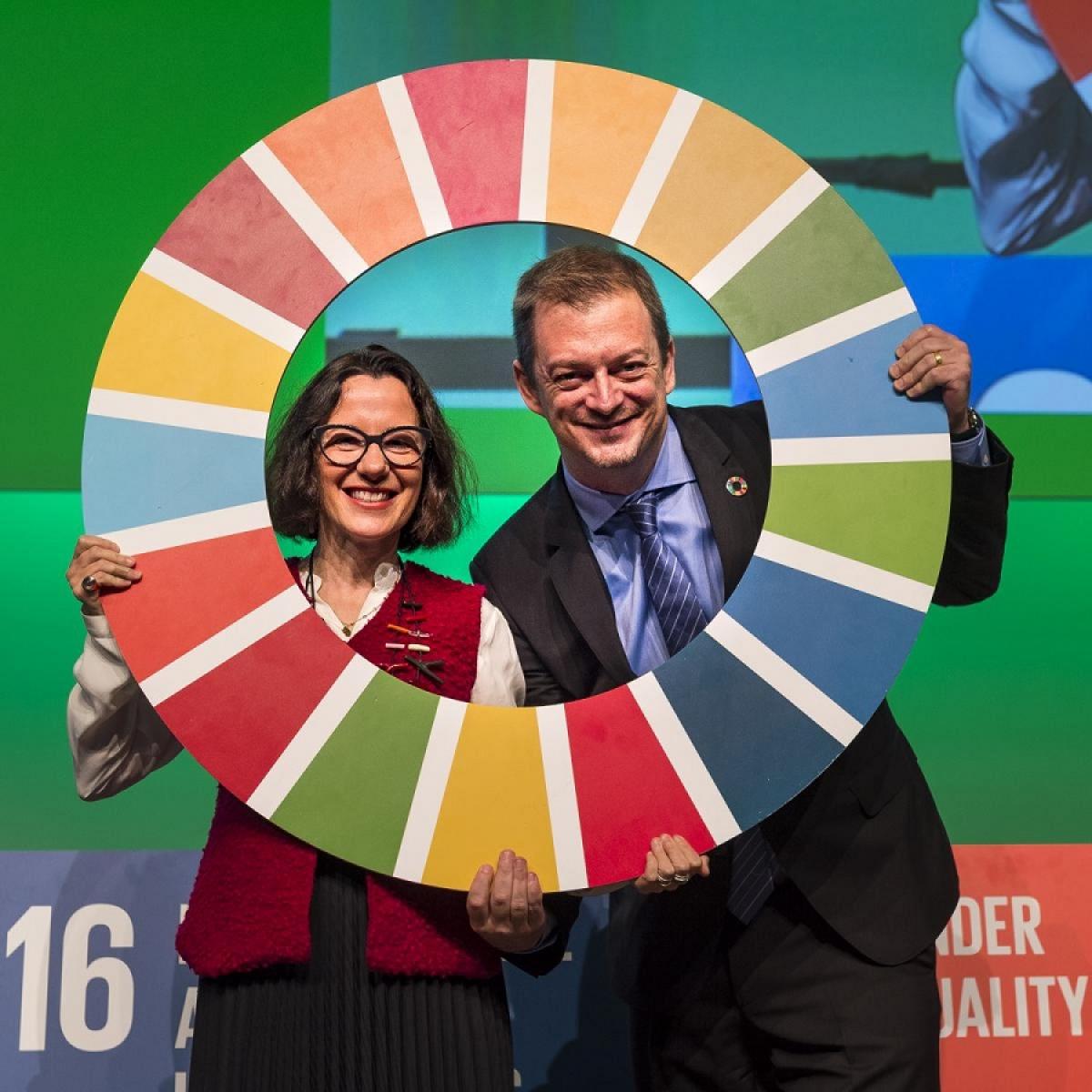 The International Paralympic Committee (IPC) on Thursday (24 October) highlighted its commitment to advancing the Sustainable Development Goals (SDGs) by signing a landmark Statement of Intent with the UN SDG Action Campaign.

Signing the agreement in front of 350 attendees on the first day of the IPC Conference in Bonn, Germany, was IPC President Andrew Parsons and UN SDG Action Campaign Director Marina Ponti.

After signing the agreement, Parsons said: “The IPC is fully committed to making this planet a healthier and more just place for all.  There is no better way of achieving this than using the growing profile of the Paralympic Movement, the Paralympic Games and Para athletes to showcase our support and advancement of the Sustainable Development Goals.

“The work of the Paralympic Movement advances 11 of the 17 Sustainable Development Goals and puts human rights at the very heart of the agenda.  Next year marks the start of the UN’s Decade of Action to achieve the SDGs by 2030.  Using Tokyo 2020 as a platform, we are extremely excited to work with the UN on a range of activities and campaigns that will greatly benefit both organisations, world as a whole and ensuring no-one is left behind.” 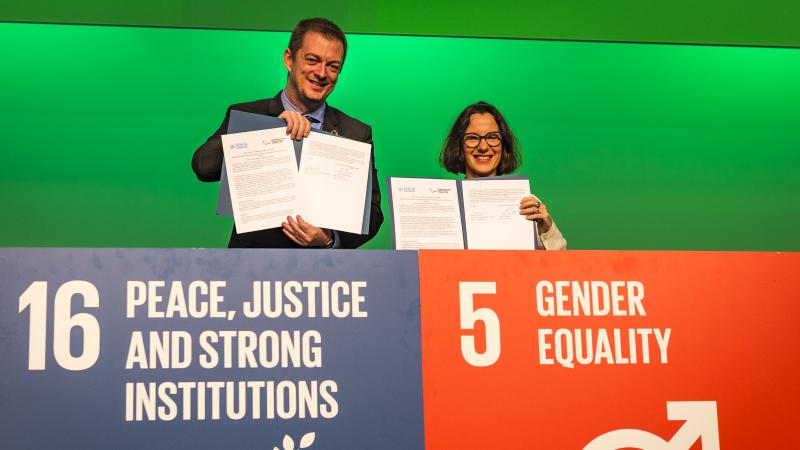 Marina Ponti, UN SDG Action Campaign Director said: “The Sustainable Development Goals are a universal roadmap - agreed by all Heads of States and Governments - for a fairer, more peaceful and sustainable future for people and the planet.

“There is a momentum for change as people, companies, civil society organisations, local and national governments, media are taking action and raising their voices on the importance of keeping these commitments. But with just 10 years to go until the 2030 deadline, progress is still too slow, so we need our voices to be louder to make the Goals a reality. Hence, we are launching a Decade of Action.

“With this goal in mind, we are honoured that the Paralympic Movement and Para athletes are adding their voices and showing their support to the Goals and to the vision of making the impossible possible. That every person in every situation and location can make seemly unachievable things happen.

“Since the IPC was awarded with the UN SDG Action Awards in the Includer category earlier in 2019, we’ve seen huge efforts to integrate the Sustainable Development Goals into the Paralympic Movement, to leverage their powerful platform, and to roll out concrete actions to achieve impact for the Goals  from climate action, to making cities more sustainable, to gender equality.”

“As we gear up for a Decade of Action, we will start an SDG Butterfly Effect that will put people with disabilities at the forefront and leave no one behind because the Goals are for everyone, everywhere.”

After the signature with the UN SDG Action Campaign, Parsons announced the IPC’s first two actions in support of the SDGs.

As part of the organisation’s commitment to climate change, he confirmed that with the support of IPC International Partner BP and the UN Framework Convention on Climate Change (UNFCCC), the IPC had offset all its travel and office emissions for 2018 and become a signatory of the UN Sports for Climate Action Framework.

He also revealed that the SDGs emblem would be used to brand all athlete bibs at the Dubai 2019 World Para Athletics Championships in November and that spaces around the field of play would be provided to raise awareness of the 2030 Agenda for Sustainable Development.

This marks the first time that a major global sport event has provided such a platform to the Sustainable Development Goals.

Parsons added: “As a climate conscious organisation, we must limit the impact of our own operations on the environment.  Our first step has been to take responsibility for our climate footprint, and we are extremely grateful to BP and the UNFCCC for their support in helping us to achieve this.

“By signing the UN Sports for Climate Action Framework, we are underlining our support of the SDGs to engage the wider sports community and encourage others, including the IPC’s 200 plus member organisations, to consider their climate actions.

“This November’s World Para Athletics Championships in Dubai will feature a record 1,400 athletes and will be broadcast to more than 35 countries reaching millions of people around the world.   We plan to use this event to showcase our support of the Sustainable Development Goals to a global audience.”

Duncan Blake, BP Head of Brand, said: “We recognise that the world is on an unsustainable path and BP supports a rapid transition to a low carbon future.  We are pleased to support the IPC in reducing and offsetting their emissions through our long established and well-respected programme, BP Target Neutral.  It invests in high quality offsets where carbon reduction is real, additional and permanent, and projects that will have a positive impact on both society and the environment.”

The Dubai 2019 World Para Athletics Championships will take place between 7 and 15 November, bringing together 1,400 athletes from more than 120 countries.