Ireland defeated the Netherlands for first place at the 2013 Dublin Gathering, and Scotland took third place. 17 May 2013
Imagen 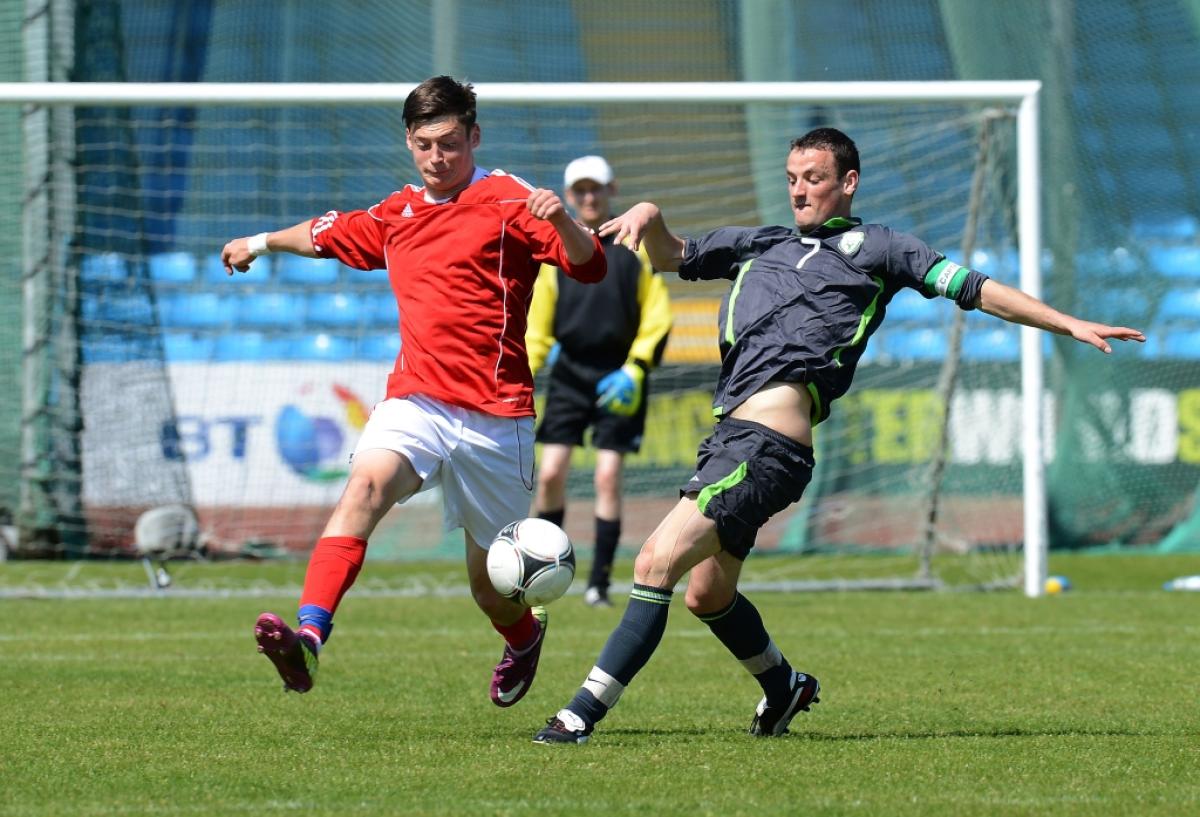 Gary Messett has been a key anchor for Ireland's football 7-a-side team.

“After (London 2012), it was our first international meeting and a good indication about our chances for Barcelona 2013.”

Ireland, which fielded the youngest squad ever to compete at an international football-7-a-side tournament, dedicated winning the 2013 Dublin Gathering competition last weekend to Ciaran Devlin after they beat the Netherlands in a dramatic 4-3 penalty shoot-out victory in the final.

Devlin suffered a broken leg in the crucial 2-1 victory over Scotland on 9 May, a result that was pivotal to Ireland going on to beat the Netherlands in the final.

After narrowly losing earlier in the week to the Dutch, Mick Doyle’s young squad could not be separated from their highly ranked opponents in the final, as the score was levelled at 3-3 following extra time.

Tom Badun, Gary Messett – who who was the competitions top scorer – and 16-year-old Dillon Sheridan scored for the Irish, whilst Ijas Visker, John Swinkels and Peter Kooij all scored for the Netherlands.

Doyle’s young stars showed maturity beyond their years to win 4-2 in the shoot-out to lift the trophy in South Dublin, whilst earlier in the day Scotland defeated the USA, 3-0, in the battle for third place.

For the runners-up, head coach Marcel Geestman was pleased despite seeing his side fall in the final, and he now has a good indication of how prepared his team are ahead of the Intercontinental Cup in July.

“It was a good tournament for the Dutch team,” said the Netherland’s head coach Geestman.

“We brought three new young players with us who made their debut in an international game, and two of them actually scored in this tournament.

“We won three games and drew one only to finally lose the final on penalties. We had a lot of possession in the final and created some really good chances. We should have scored more during regular time and in extra time, but we didn't, and when it comes down on penalties it becomes a lottery.

“After (London 2012), it was our first international meeting and a good indication about our chances for Barcelona 2013.”

USA head coach Jay Hoffman now also has his eyes firmly fixed on Barcelona, where the Intercontinental Cup will be held from 24 July – 11 August.

Despite finishing fourth after the defeat by Scotland in the third-place game, Hoffman was pleased with how his players equipped themselves on and off the field.

Hoffman said: “This competition gave us a very good idea of where we are at this time in our preparation for the Intercontinental Cup this summer. Having these games allowed us to give Alex Hendricks, our young and rising goalkeeper a full complement of international games.

“We can always play better, regardless of the results. I know the players felt that they came away with a very realistic evaluation of themselves. Since, in our situation here in the US, they are responsible for their individual development when we are not in camp. As for our next phase we will get back together at the beginning of June through to July in San Diego before we depart for Spain.” 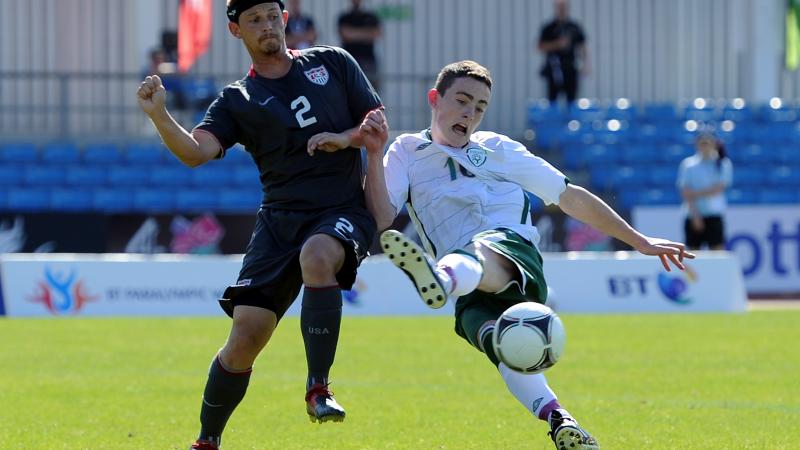 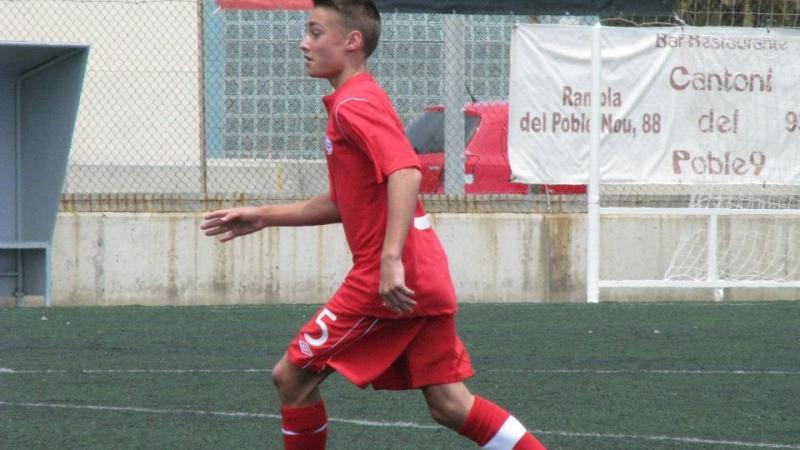