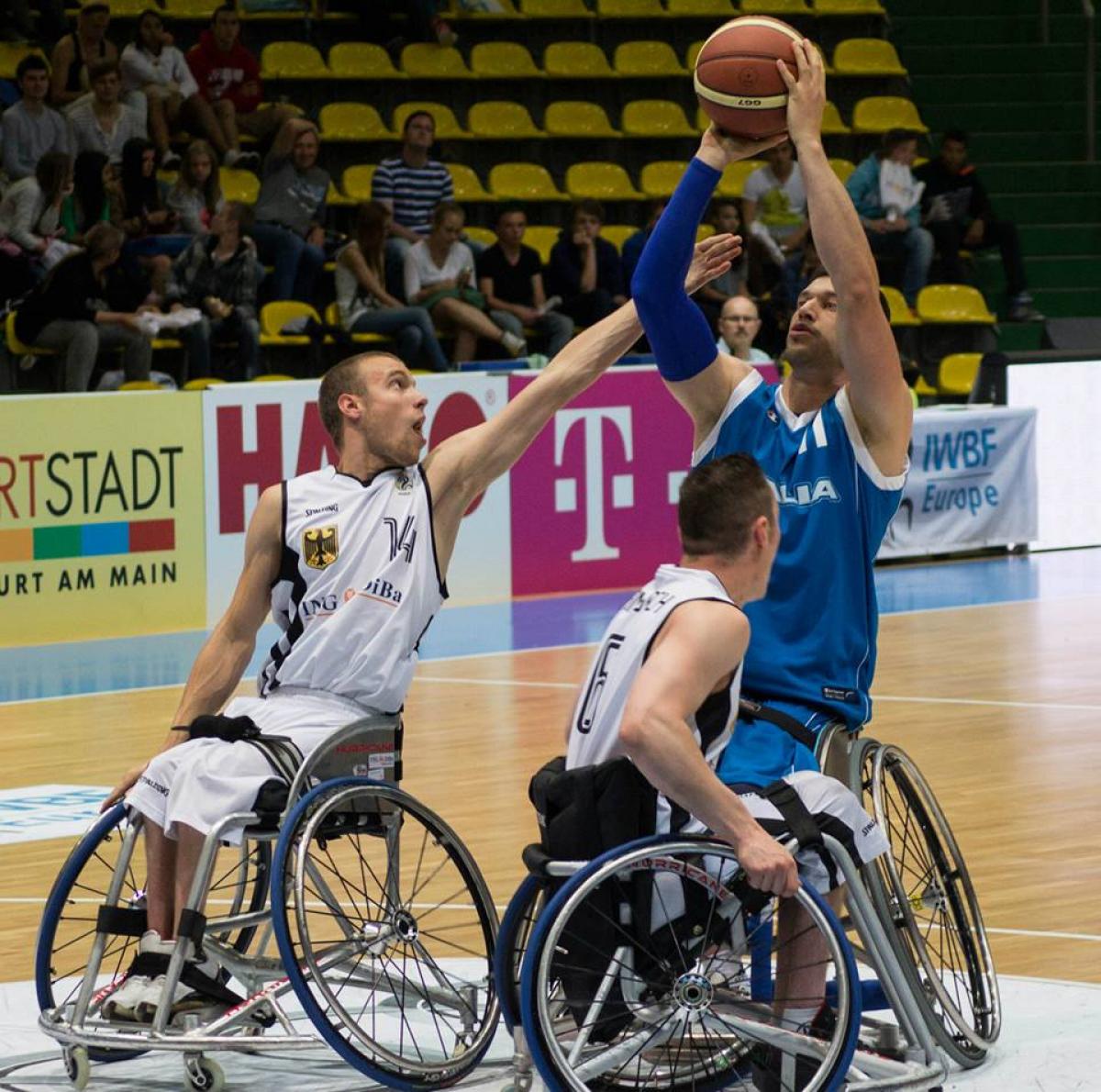 “A great game from our team in this strong group. The players fought with heart, ambition and endurance. In the end we deserved to win.”

Italy produced one of the biggest shocks of the preliminary round of the IWBF Wheelchair Basketball European Championships on Wednesday (3 July), defeating Germany’s men’s team 65-56 on their home court in Frankfurt.

The Germans produced a 10-point lead early in the first quarter, but a 27-point effort by Matteo Cavagnini allowed Italy to cruise in the second half, with three other players from the winning team ending up in double figures in scoring. Fabio Bernadis finished with 11 points, while Galliano Marchionni and Ahmed Raourahi each netted 10.

“A great game from our team in this strong group,” Italian head coach Dionigi Capelletti said. “The players fought with heart, ambition and endurance. In the end we deserved to win.”

Great Britain will head to the quarter-final round as the top seed in their group after Simon Munn scored 24 points to lead them past the Dutch. Mustafa Korkmaz led the Netherlands with 16 points.

“That game was worthy of a playoff game,” British head coach Haj Bhania said. “I thought Holland was fantastic; they just never gave up, they kept coming back at us. It made it really hard for us and we had to play our very best to win that game.”

Switzerland escaped with the victory between two teams that found themselves at the bottom of the standings. Maurice Amacher had 24 points for Switzerland, while Tanguy Six recorded 18 points for Belgium.

Turkey secured the win and will now face Germany in the quarter-finals. Turkey’s Cem Gezinci was the game’s top scorer with 18 points, followed by Spain’s Alejandro Zarzuela with 16 points.

Poland rolled to their second victory at the Championships thanks to 27 points from Marcin Balcerowsk. Lior Dror led Israel with 21 points.

Sweden built a comfortable lead early on to pull away with an easy victory behind 27 points from Joachim Gustavsson. France was led by Nicolas Jouanserre’s 26 points. 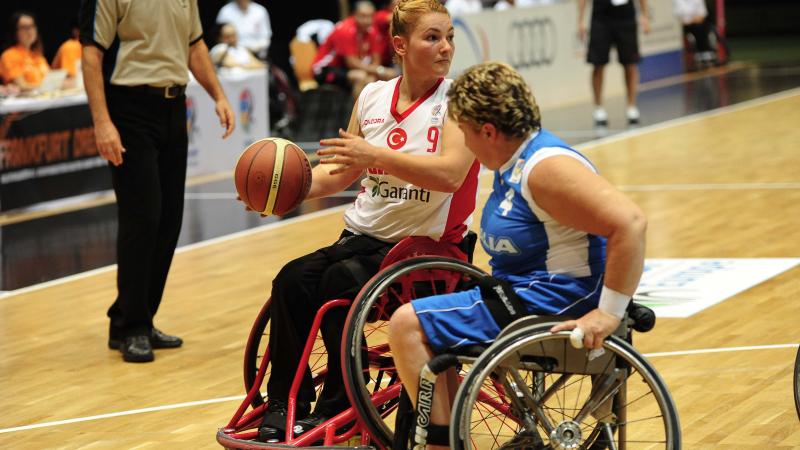