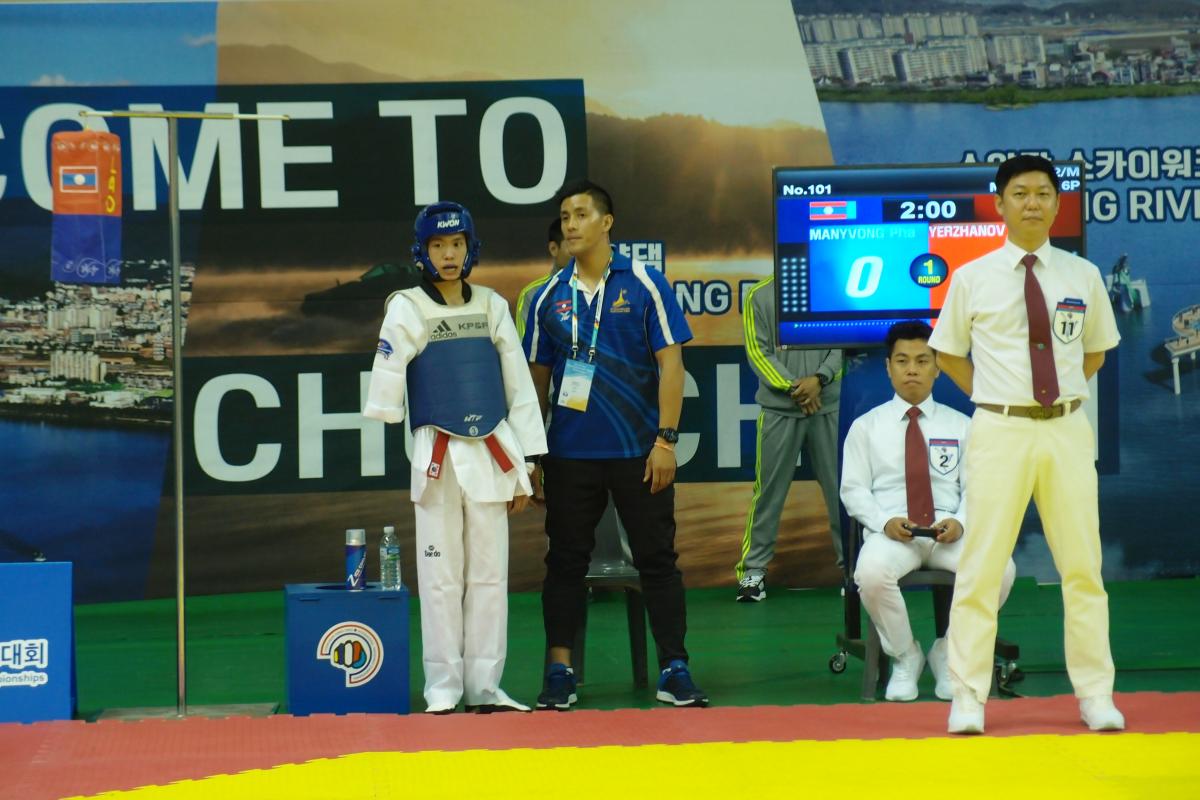 “I 100 per cent want to compete at the Tokyo 2020 Paralympic Games. I’ll continue to work out more with my hope of Paralympic debut."

“In the beginning of the match I was nervous. Once it kicked off, I enjoyed it very much,” he said of his first international fight.

It was an historic moment for the country’s only fighter, who only took up the sport in April 2017.

The 20-year-old from Vang Vieng had his right arm amputated above the elbow after falling from a tree at age five. He had always wanted to be an athlete, but he did not know in which sport.

“I 100 per cent want to compete at the Tokyo 2020 Paralympic Games. I’ll continue to work out more with my hope of Paralympic debut,” he said.

Manyvong’s debut in South Korea suggests he could well reach Tokyo in three years’ time. He defeated Kazakhstan’s Zhumagali Yerzhanov in the last 16 of the under 61kg K42 (13-1), before losing in the quarter final to Iran’s world No.1 Saeid Sadeghianpour.

“He [Sadeghianpour] was very competitive. I acknowledge that he is a great fighter,” he said. “But I want to contend with him in the future, again after I train harder.”

The Laos team was able to compete for the first time thanks to the WT’s 2017 Booyoung Para Taekwondo Development Programme.

“We are very happy and grateful to be here. [We] appreciate the WT Para Taekwondo Department and the Laos Taekwondo Federation that helped us out very well,” Manyvong’s coach Vanthong Samlane explained.

“I found Manyvong at a special education school. We started training together twice a week, after I decided to make a national team,” Samlane explained.

“I was initially a coach for the national able-bodied team. One day my friend from USA suggested me to get involved in Para side too. I thought that it was an interesting idea, so I discussed it with the federation.”

Samlane is hopeful that Manyvong can reach his Paralympic Games goal, despite there being no Para taekwondo events in his native Laos.

“I’ll prepare a specific training programme,” Samlane said. “Moreover I’ll try to make him fight more like a competition in order to increase his performance level.”

“We also hope to take part in the 2017 World Para Taekwondo Championships [in London, Great Britain], but it will be up to our budget. What we need most is a regular financial support from the federation.” 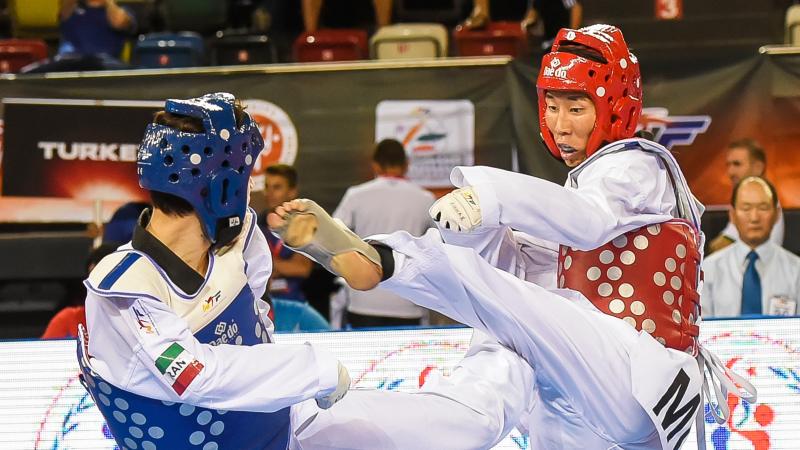 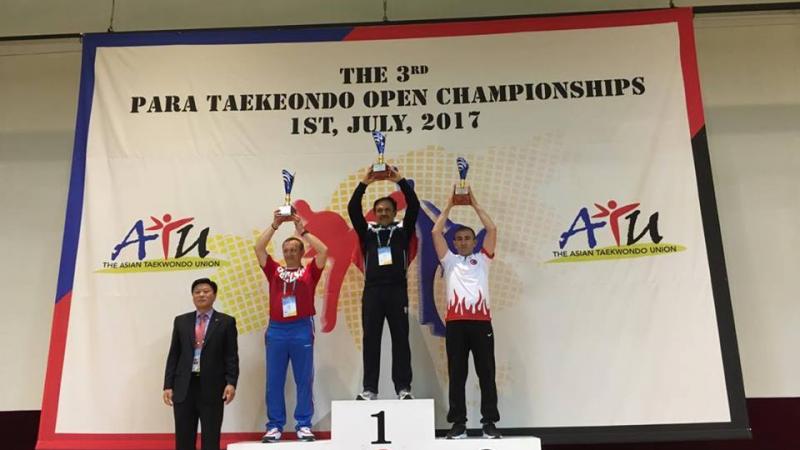