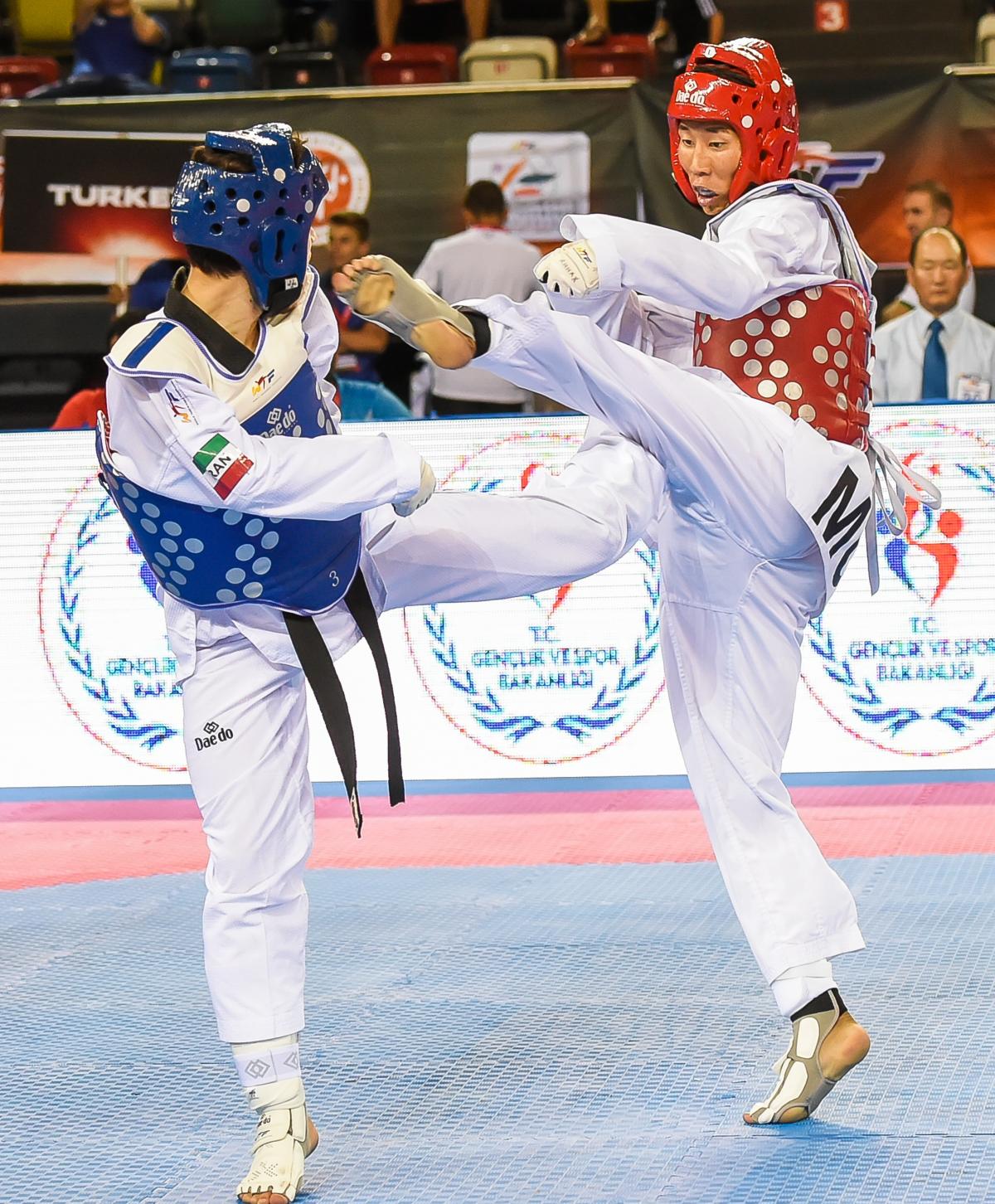 Mongolians Enkhtuya Khurelbaatar and Bolor-Erdene Ganbat are favourites to defend their titles, when the biggest Para taekwondo competition in Asia gets underway on 1 July in Chuncheon, South Korea.

Around 90 athletes are expected to battle at the third World Taekwondo Federation (WTF) Asian Para Taekwondo Open, including participants from 11 Asian countries.

The 2016 Asian Open saw the emergence of Khurelbaatar as she won the women’s up to 49kg K44. She starts her title defence with a tough match against the 2015 world champion Busra Gor of Turkey.

World No.1 and world champion Ganbat remains the one to beat in the men’s up to 61kg K44, having won every Asian Open since its creation in 2015. The main threats to the Mongolian retaining his title are world No.2 Askhat Akmatov of Russia* and home favourite Kook-hyun Han.

Another category that has had only one winner in Asian Open history is the men’s up to 75kg K44. Iran’s reigning world champion Mahdi Pourrahnama is the title holder, but faces strong competition with up to 16 fighters contesting the division.

The Asian Open is the first time this year that all three champions have competed in the same event, ahead of October’s WTF World Para Taekwondo Championships in London, Great Britain.