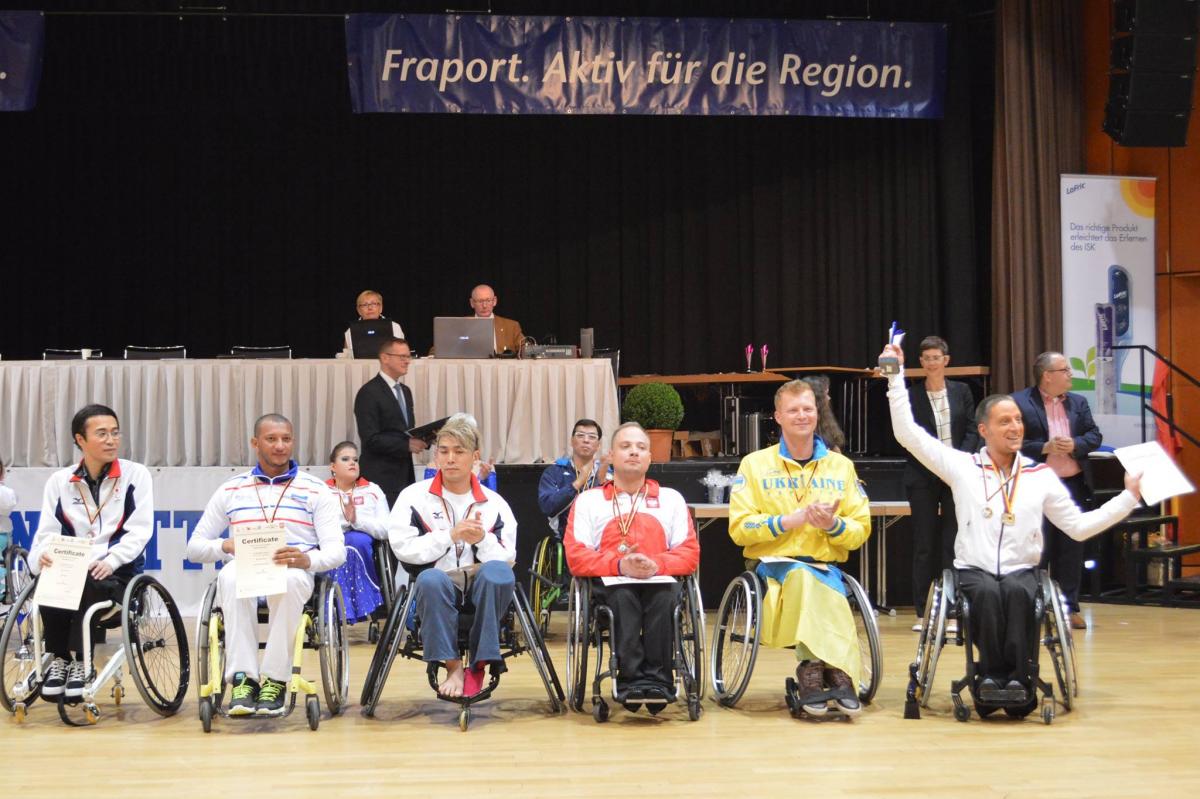 Erik Machens (R) celebrates another victory in front of his home fans in Frankfurt.
ⒸRoland Lipovits
By IPC

Germany’s Erik Machens gave the host nation a performance to cheer for at the Mainhatten Cup – and perhaps for the 2017 World Championships – as the competition in Frankfurt wrapped up on Sunday (18 June).

The two-day competition attracted nearly 90 athletes from around 17 nations, with Machens capturing the men’s single class 2 in his second straight competition of the season. He was the judges clear favourite in all five of the dances, especially the Waltz. Ukraine’s Ivan Zamiga, who dethroned Machens for the European title in Kosice, Slovakia, last year, came in second. Poland’s Pawel Karpinski, who will try to shake up the two for the top of the podium at the Malle 2017 World Championships in October, came in third.

The European singles bronze medallist however is showing more and more why he and partner Joanna Reda are the couple to beat in Malle, Belgium. The pair won the duo Latin and duo standard class 2 – both events in which they won European gold and silver respectively.

All seven judges gave them top marks across all five dances in the duo Latin. Austria’s Brigitte Kroll and Werner Kaiser took second, and Finland’s Ester Launis Zaida and Leevi Ketola completing the podium; the placements were repeated in the duo standard.

Katarzyna Bloch and Marek Zaborowski added to Poland’s medal tally, as the couple won the combi freestyle and combi Latin class 1 events. The reigning European champions are now unbeaten in the freestyle in all three of their competitions this year, making them strong favourites ahead of Malle 2017. Ukraine’s Svitlana and Zamiga followed in runner-up, and Japan’s Koichi Omae and Kiyomi Yotsumoto completed the podium.

Italy’s Linda Galeotti and Leonardo Batani were second in the combi Latin class 2, and the home crowd found delight as Vanessa Zellmann and Stefan Kuhne took the third-place prize.

Bloch and Zaborowski could not make it three victories however, being outperformed by Belarus’ Hanna Harchakova and Roman Usmanov in the combi standard class 2. Hong Kong’s Wong Wai King Evina and Choi Man Chun rounded off the podium.

Vukasinovic did come away with a win, taking the women’s freestyle class 2. Belgium’s Sophie Cox and Italy’s Mariangela Correale rounded off the podium.

Complete results from the Mainhatten Cup can be found on World Para Dance Sport’s website.

Next up is the Peikang Open this weekend (24-25 June) in Chinese Taipei. The Malle World Para Dance Sport Championships will be held from 21-22 October in Belgium. 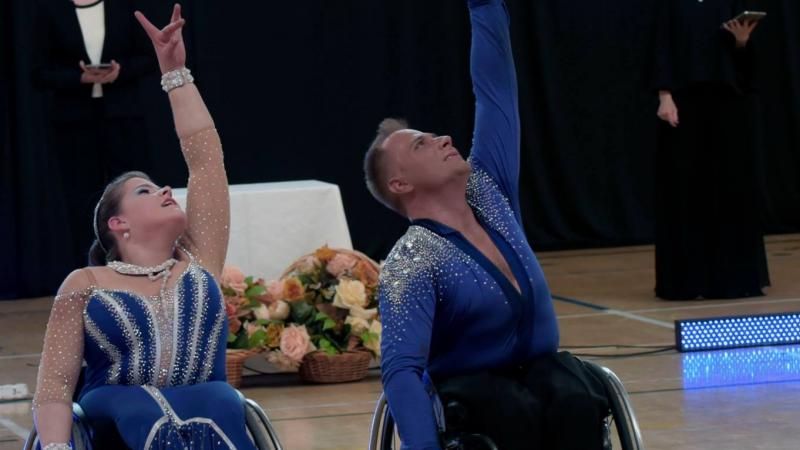