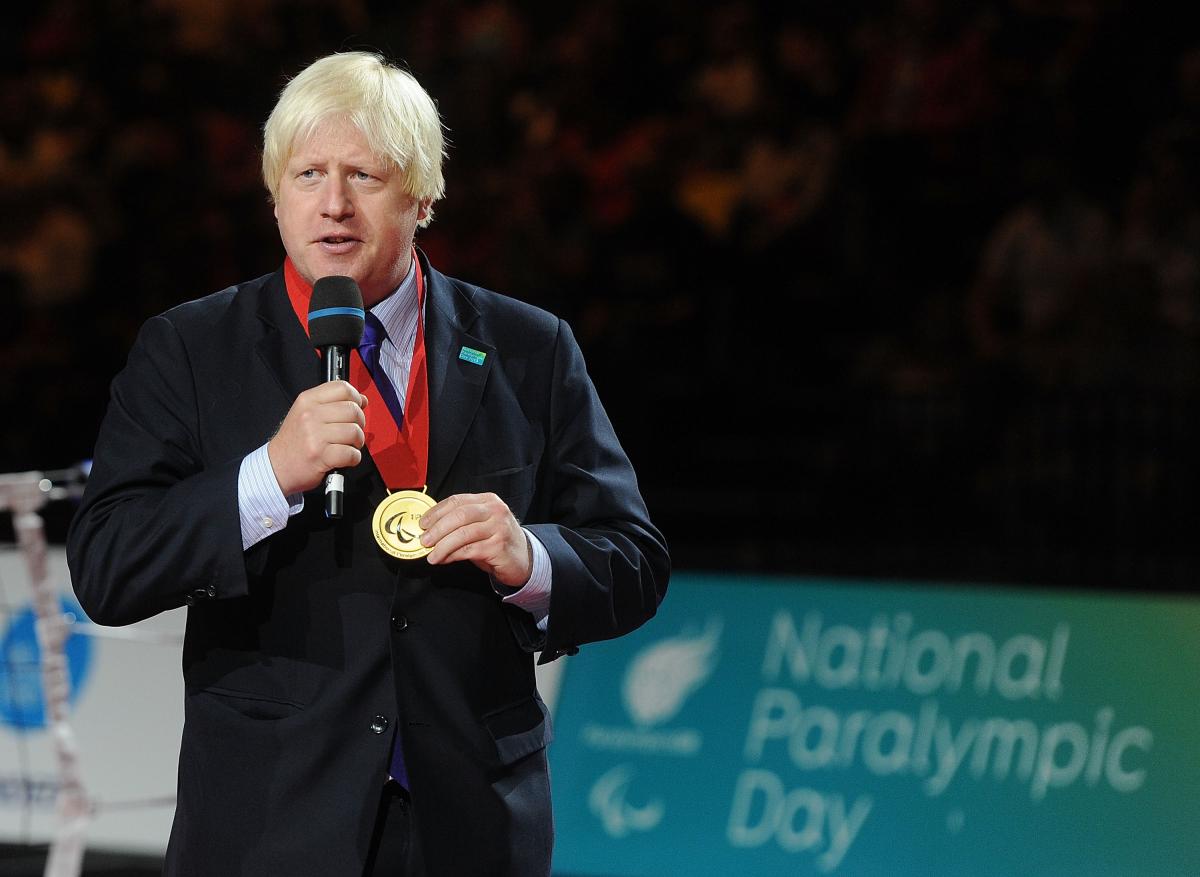 "It was an immense privilege for London to host a sell-out Paralympic Games and in many ways it surpassed the success of the preceding Olympics."

Mayor of London Boris Johnson was presented with the Paralympic Order by the International Paralympic Committee (IPC) on Saturday (7 September) for his support and contribution towards last year’s highly successful London 2012 Paralympic Games.

The Paralympic Order is the highest tribute a person connected with the Paralympic Movement can receive. It was presented to the Mayor by IPC Governing Board member Rita van Driel at National Paralympic Day, an exciting celebration of sport and culture at Queen Elizabeth Park, London almost one year since the London Games closed.

Since becoming Mayor of London in May 2008, Boris Johnson has been a big advocate of the Paralympic Movement and in September 2010 played the British Prime Minister David Cameron at Wheelchair Tennis in Trafalgar Square as part of International Paralympic Day.

Rita van Driel, IPC Governing Board member, said: “Boris Johnson helped regenerate part of the city in time for the Games and made London more accessible. He ensured Londoners were fully aware their city was staging not one, but two major sporting events, acted a great cheerleader for Paralympics GB and showed that when it comes to playing wheelchair tennis he’s quite a player!

The Mayor of London, Boris Johnson, said: "It was an immense privilege for London to host a sell-out Paralympic Games and in many ways it surpassed the success of the preceding Olympics.

"One year on from the London Paralympics, I am more determined than ever to harness the magic of the event to make London a more accessible and inclusive city. I am honoured to accept this award in recognition of the army of dedicated Londoners that made these inspirational Games a resounding triumph, raising the bar for future host cities."

The London 2012 Paralympic Games were the biggest and best yet. A record 4,237 athletes from 164 countries competed in front of packed venues as a result of 2.78 million tickets being sold – the most ever. TV pictures were shown in 115 countries – more than ever before – and a cumulated global TV audience of 3.8 billion watched the Games. Post Games research highlighted that the Games changed attitudes and perceptions of disability and increased awareness of para-athletes and their sports.