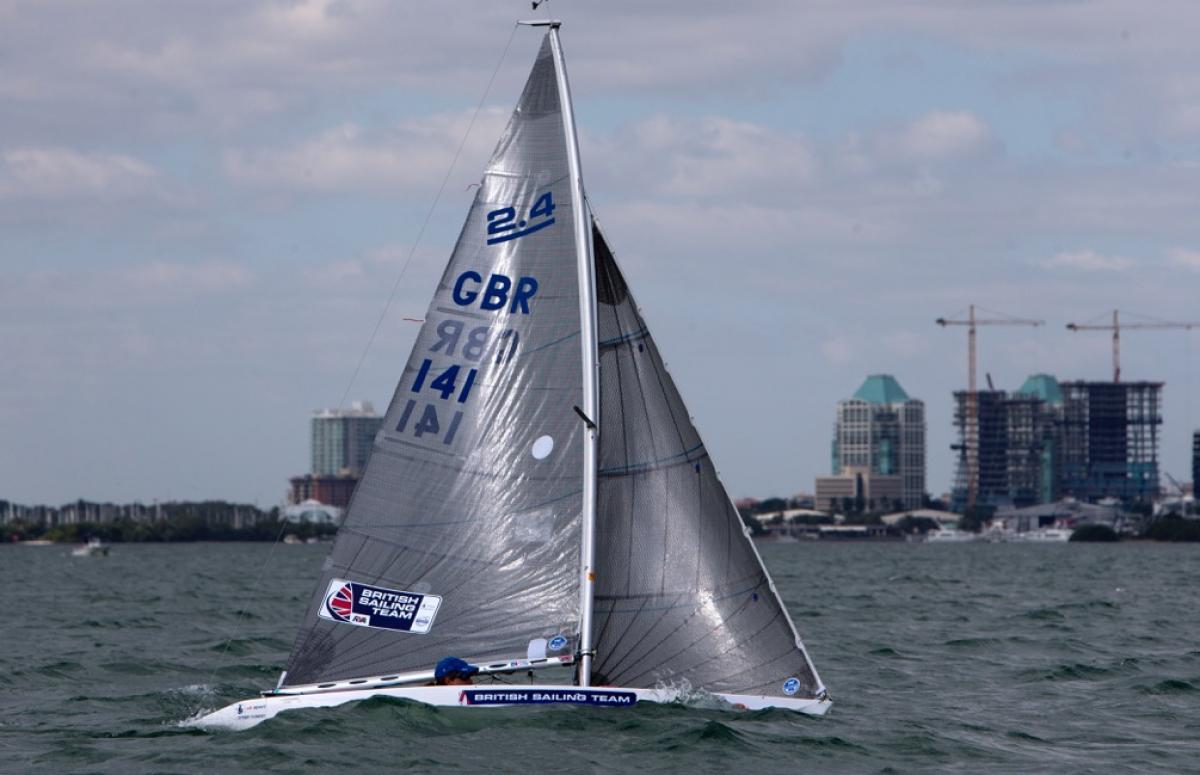 ⒸISAF
By Bradley Neen | For the IPC

“It was a really tough week. I am really happy to come out with silver.“

The ISAF 2015 Sailing World Cup in Miami drew to a close amid tough weather conditions on Saturday (31 January), with Norwegian athlete Bjørnar Erikstad picking up the top prize in the 2.4mR class.

The 33-year-old sailor, who has been competing for almost two decades, claimed only his second ISAF Sailing World Cup gold after remaining in control across the seven 2.4mR races. Erikstad’s rivals were either inconsistent or picked up penalties that affected their scores.

Pascoe was pleased to get into the medal positions after a competitive week: “It was a really tough week. I am really happy to come out with silver.

“There’s quite a long year to come, but hopefully there will be lots of medals.”

Pre-competition favourite Helena Lucas could only manage sixth place with rain and winds pelting the Florida coastline for most of the week-long regatta.

In the two-person SKUD-18 class, Australia’s London 2012 Paralympic champions Dan Fitzgibbon and Liesl Tesch raced to their second victory in a row after also winning in Melbourne in December. The duo won half of their races to beat the British team of Alexandra Rickham and Niki Birrell by four points.

Norway was also victorious in the three-person Sonar class thanks to Aleksander Wang-Hansen, Per Eugen Kristiansen and Marie Solberg. USA and Canada finished second and third respectively.

The 26th edition of the competition took place at the Shake-A-Leg boating centre in Miami and played host to athletes from 16 different countries.

Monday (26 January) was the first day of sailing and saw a forecasted 20 knots of wind. The conditions were unusual for this time of year in Miami, a venue more accustomed to light winds and a short chop.

Helena Lucas (@hlucasgbr) tweeted: “Carnage on our course with sunk 2.4mR's. It was worst type of chop for us.”

The next ISAF Sailing World Cup will see the world’s best sailors take to the seas off France on the week beginning 20 April.