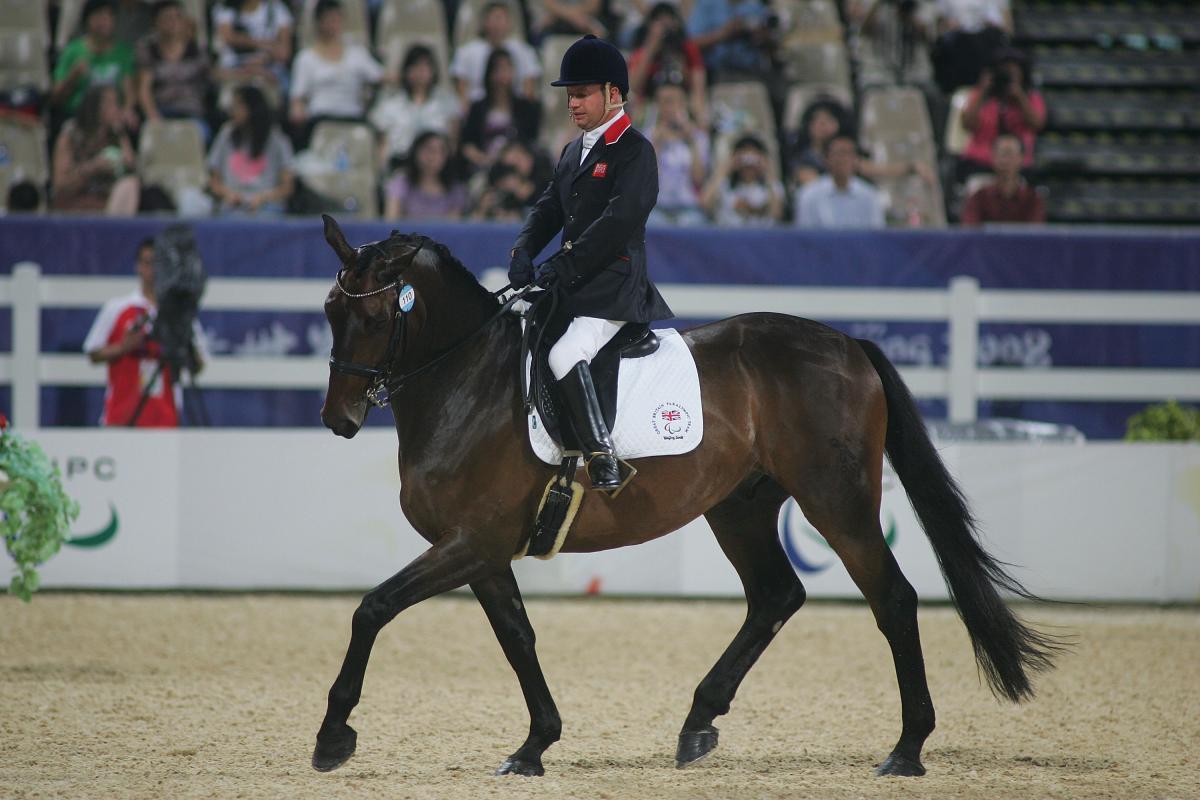 The sun shone, the crowds came, and the horses dazzled at La Prairie Racecourse in Caen on Friday (29 August), as the para-equestrian dressage riders at the Alltech FEI World Equestrian Games 2014 in Normandy, France, took to the arena for individual freestyle medals.

The Grade Ia title was won by Italy’s Sara Morganti with Royal Delight. She scored 78.800% to beat Great Britain’s reigning European and Paralympic champion Sophie Christiansen on Janeiro 6, who finished with silver on 77.550%. Germany’s Elke Philipp was overjoyed with her bronze medal with Regaliz on 76.750%.

Morganti said: “This is a dream come true. Royal Delight was beautiful today. She was on the music and did everything she could. I hoped and worked for a medal, and I dreamed of gold.”

Christiansen’s Normandy experience has been poignant, as this was her last ride with her trainer, Clive Milkins, who has worked with her throughout her incredibly successful career. After a few tears, she said: “I rode the best test I could. It shows how much the standard has gone up since London 2012, which is great for the sport. I’m looking forward to the next two years and digging deep. It’s good that this happens now, instead of at Rio.”

Great Britain’s Lee Pearson sealed his stunning return to international competition with Zion, claiming his third gold medal of the Games with 80.050%. Austria’s Pepo Puch on Fine Feelings S claimed his second silver at the Games with 78.000% and Nicole Den Dulk of the Netherlands was again delighted with bronze on Wallace with 75.150%.

“It's been an amazing competition for me,” said Pearson. “I’ve trusted this horse for years and this week he has proven me right. He’s been through a lot over the last five years and I’m over the moon. I don’t think he could have gone any better today.”

There was more joy for the Netherlands in Grade II individual freestyle, when Games first-timer Rixt van der Horst on Uniek sealed her Normandy freestyle gold with 76.350%.

“It’s what I’ve dreamed of,” she said. “I tried to relax and enjoy it because I had nothing to lose. Maybe tomorrow I will realise I am double world champion!”

Canada’s Lauren Barwick on Off to Paris took silver with 76.250% and Den Dulk’s team mate Demi Vermeulen claimed bronze with 71.900%.

The Netherlands’ Sanne Voets - runner-up to Germany’s Hannelore Brenner in the individual competition - took the Grade III freestyle title. On Vedet PB, Voets scored 77.450% to Brenner’s 76.200% on Women of the World. Denmark’s Annika Lykke Risum won bronze, watched by her seven-month-old baby Alexander, on Aros A Fenris with 73.050%.

“It’s amazing,” said Voets. “I can’t believe it yet - this is big! It’s the reward for a lot of hard work. The partnership me and my horse have is very special. He gave it everything and was there for me. We did this together.”

In the Grade IV, Belgium’s Michèle George rode FBW Rainman to an impressive 78.650%, claiming gold over Great Britain’s Sophie Wells with Valerius who secured silver on 78.050%, and Netherlands’ Frank Hosmar on Alphaville N.O.P. finishing on bronze with 75.950%.

At the end of a week of surprises, emerging stars and sublime performances in the heart of Normandy, Great Britain topped the medal table again, this time with four gold and four silver medals.

The para-equestrian dressage at the Alltech FEI World Equestrian Game 2014 will be remembered for new faces, who are now challenging the champions. The clear winner overall however is undoubtedly the sport itself, which has bathed in the limelight in Normandy. 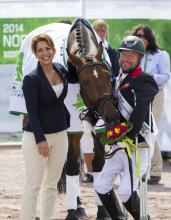 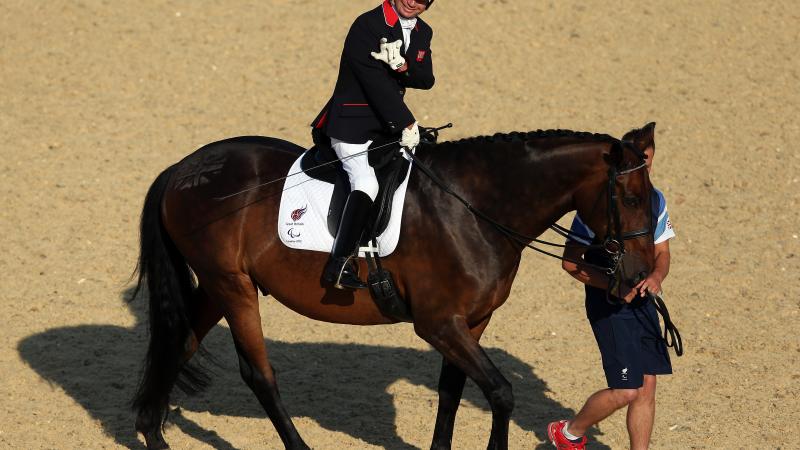