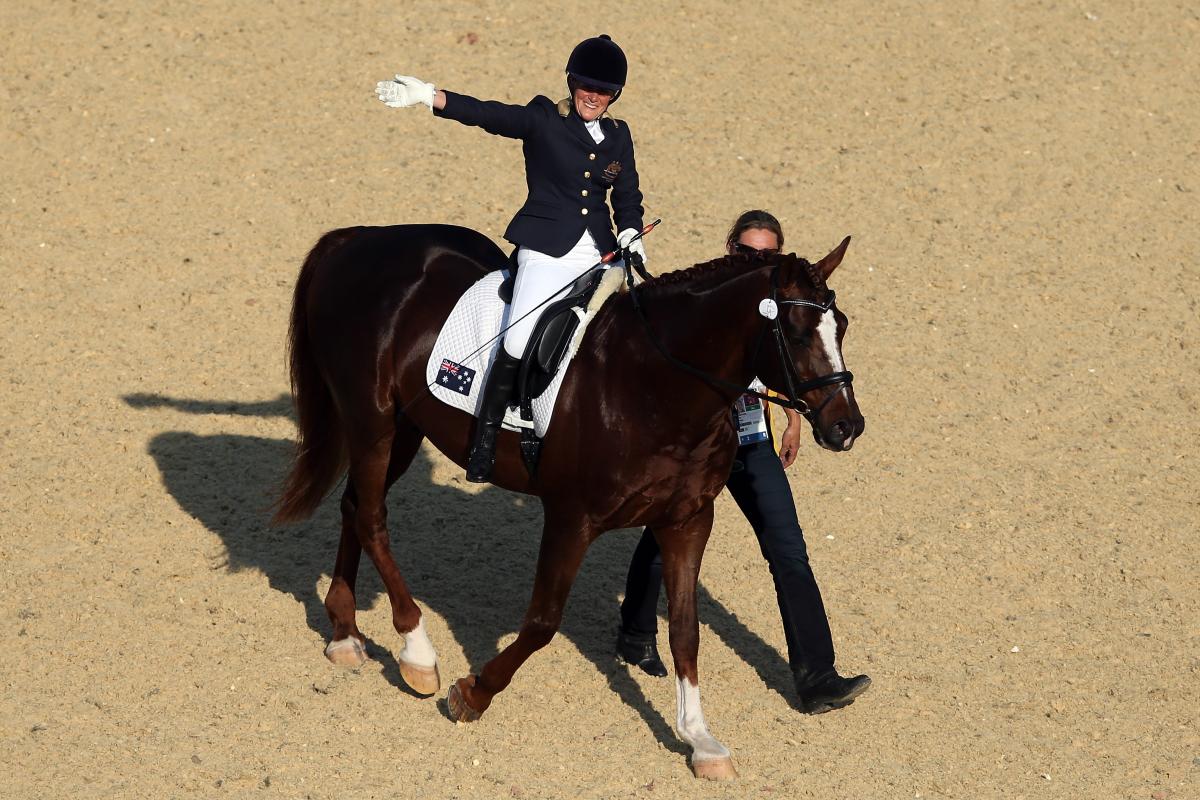 “I played it safe as I didn’t want to give my best away. It was our first major competition and my boy did phenomenal. He’s a lovely horse – he just floats.”

Para-Dressage riders competed alongside able-bodied riders for the first time at this year’s Saddleworld Australian Dressage Championships, held at the Sydney International Equestrian Centre in the last week of October.

Formosa, riding Worldwide PB, Higgins on Comedian, and Dodd on Grand Slam won the individual and freestyle competitions for their grades, respectively.

Grade IA saw sole competitor Morgan Webb Liddle ride Don Armani to gain respectable 60-plus scores in individual and freestyle, while the Grade II individual was won by Anne Skinner on Aubaine Cossack, with the freestyle title going to Rosemary Cole on Spirit of Scooterbar.

It was Formosa and Higgins who stole the competition’s limelight, however, being the only two riders to score over 70%.

Formosa clocked up a commanding 72.299% in the individual and 73.853 in the freestyle, with Higgins scoring a personal best 72.083% in the Freestyle – a result that clearly delighted her.

“It was an awesome result for me, and a great lead in for the selection events for next year’s Alltech FEI World Equestrian Games,” she said. “It’s good to get an idea of where I am at this stage.”

The Championships were a welcome return to competition for Formosa, following her win in London last year.

“I played it safe as I didn’t want to give my best away,” she said. “It was our first major competition and my boy did phenomenal. He’s a lovely horse – he just floats.” 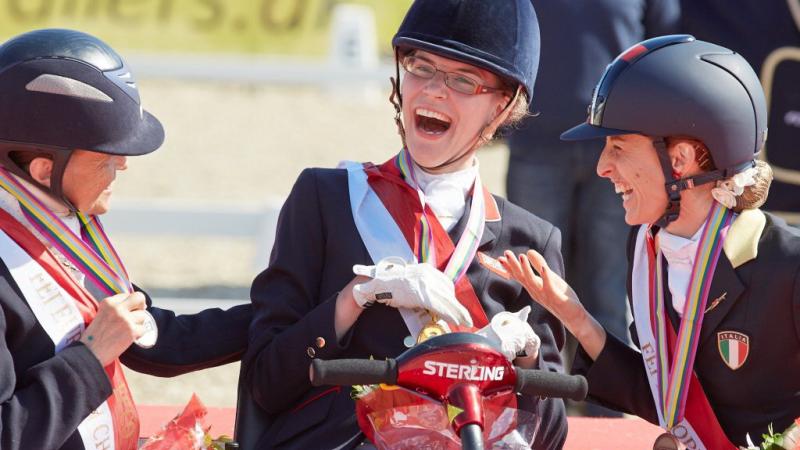