Salt only lost her leg in June 2011, but will compete at the Paralympic Winter Games for the first time in Sochi. 23 Feb 2014
Imagen 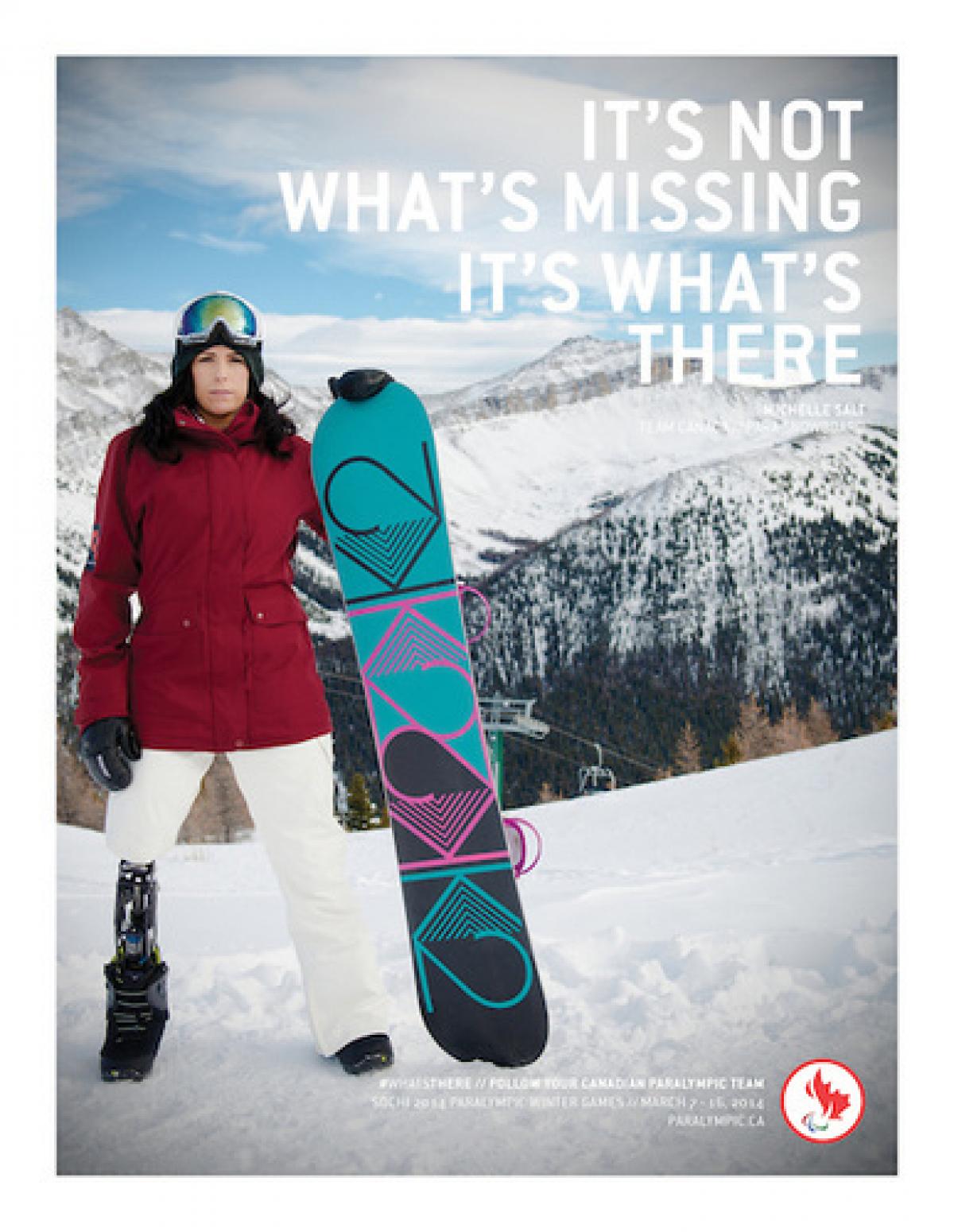 Michellel Salt starring in the CPC's What's There campaign

"It's pretty incredible that two and a half years ago I was lying in a hospital bed struggling for my life and now here I am with the opportunity to make history with the debut of the sport and to proudly represent my country."

Para-snowboarder Michelle Salt has been nominated to the Canadian team that will compete at March’s Sochi 2014 Paralympic Winter Games, Canada Snowboard and the Canadian Paralympic Committee have announced.

Salt, 28, is relatively new to the para-snowboard world as she lost her right leg above the knee in a near-fatal motorcycle accident in June 2011. Upon losing her leg, she became determined to one day participate in the Paralympic Games. Salt placed seventh at the 2013 IPC World Cup in Big White, B.C.

She is also featured in the Canadian Paralympic Committee's recently launched "What's There" awareness campaign.

The additional qualifying spot became available through a medical exemption by the International Paralympic Committee, as Salt was injured earlier this season and not able to compete. She has been cleared to compete in Sochi.

"It's pretty incredible that two and a half years ago I was lying in a hospital bed struggling for my life and now here I am with the opportunity to make history with the debut of the sport and to proudly represent my country," said Salt. "I'm going to ride my heart out and see where that goes."

"It's not easy getting injured this late in the game and I'm really excited for Michelle to be able to compete in these Games," added head coach Candice Drouin. "We're happy that she has come back and is healthy for these Games."

"Canada Snowboard is pleased to have its top Canadian female para-snowboarder nominated and prepared to compete in Sochi," said team leader Dustin Heise who is also Director, Sport Development, Canada Snowboard. "We're excited about the opportunity for Michelle to challenge the international field, as well as herself, as she strives to deliver in 2014 and 2018."

"Michelle has shown great drive and dedication to the task of building Canada in to a strong para-snowboard nation since it became the newest sport on the Paralympic program," said Team Canada Chef de Mission Ozzie Sawicki. "I admire the positive energy around this team and I can't wait to see them all compete in Sochi."

The Sochi 2014 Paralympic Winter Games will take place from 7-16 March. With a goal of placing in the top three nations in the gold medal count, Canada will send approximately 50 athletes to compete in sledge hockey, wheelchair curling, cross-country skiing, biathlon, para-alpine skiing and para-snowboard.

The complete Canadian Paralympic Team will be officially announced on Wednesday 26 February. 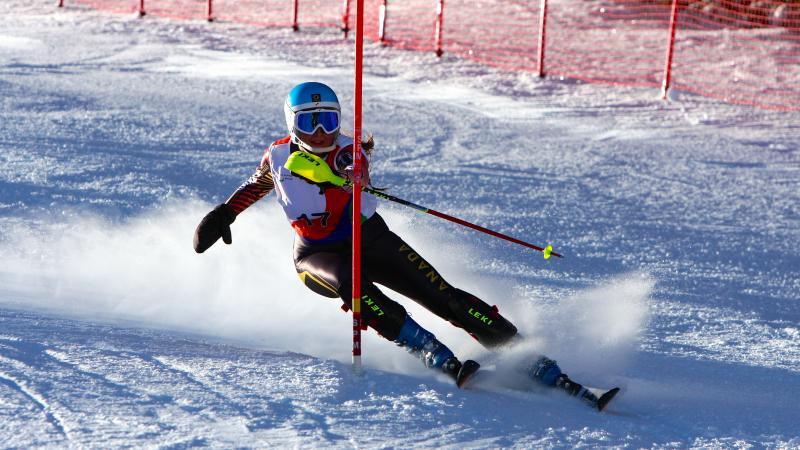