There was a carnival atmosphere in Gangneung on opening day of World Wheelchair Curling Championship as 3,000 people celebrated Paralympic Day. 05 Mar 2017
Imagen 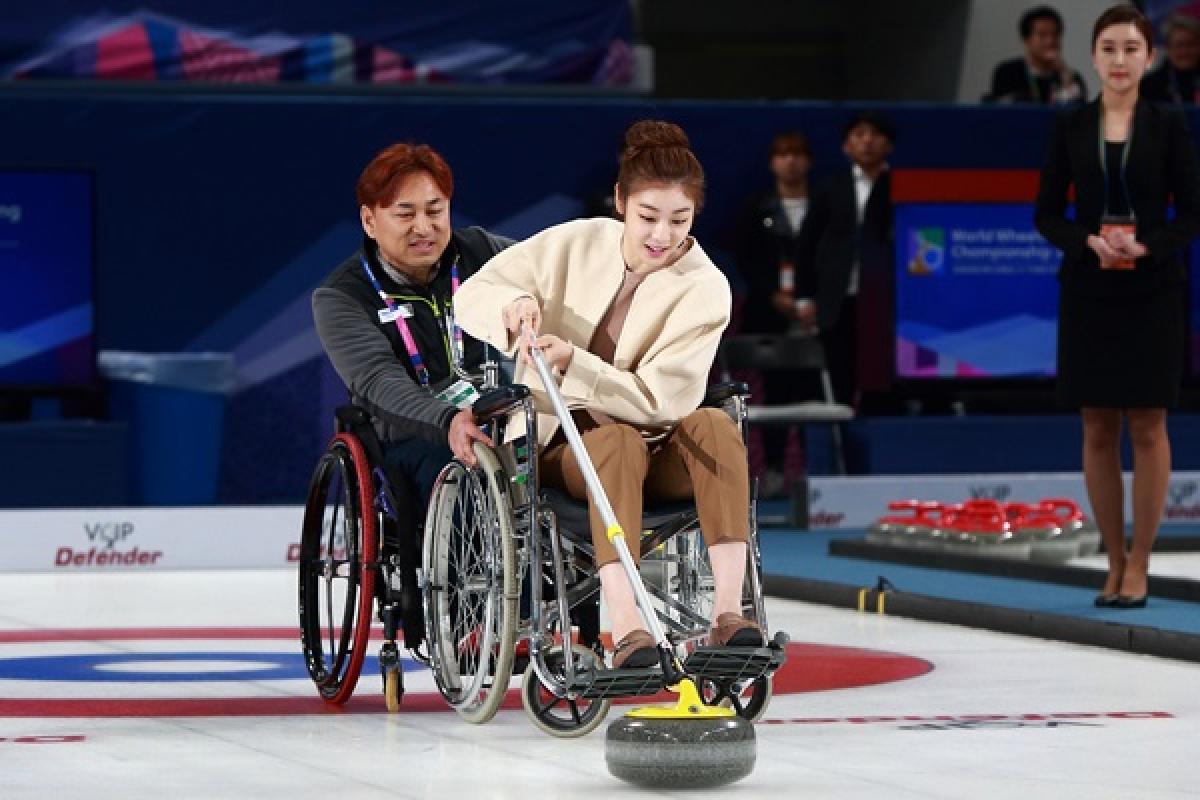 The opening day of the World Wheelchair Curling Championship on Saturday (4 March) was the perfect ending to PyeongChang 2018 Paralympic Day, which was celebrated by thousands of people at the Gangneung Curling Centre.

Almost 3,000 people packed the arena to join in the special event organised by the PyeongChang Organising Committee for the 2018 Olympic and Paralympic Winter Games (POCOG) to mark the special day. The curling rink turned into a stage as K-Pop group Apink got the crowds moving and the VIPs present were also given a quick lesson in wheelchair curling.

A speech was given by POCOG President Mr Lee Hee-beom who said, “World Paralympic Day is an opportunity to celebrate diversity and inclusion in sport and give everyone the chance here today to learn more about some of the para sports.

“This is the third year we have celebrated this day in Korea and we see these carnivals as an important education tool to showcase these wonderful sports and some of the remarkable athletes involved.

“When the Paralympic Winter Games begin in PyeongChang in just over a years’ time I hope that many people will come and enjoy the action and that they can create a real legacy for disability sport across the country.”

He said, “Welcome to the third National Paralympic Day. This third day coincides with one year to go to what will be an outstanding Paralympic Winter Games in PyeongChang in March 2018.

“You must really follow what the title of the day is which is to enjoy and experience the passion of the Paralympic Games in advance. Then you will be very well prepared to come along in March next year and have one of the greatest times of your life.”

Kate Caithness also mentioned, “We are proud that the celebration for this very special Paralympic Day is taking place here in the Curling Centre which will be the venue for the sport in next year’s Paralympic Winter Games.

“I was fortunate to be here in Gangneung in 2009 when Korea hosted the World Women’s Curling Championship in this very Arena. I cannot tell you how much work has been done to the building over the past few years since PyeongChang was awarded the Olympics & Paralympics. It has truly been transformed!

“The sport of wheelchair curling continues to grow and we are delighted that the number of teams participating in next year’s games have been increased from 10 -12 which is a testament to the growth of the sport.”

In the plaza outside the Curling Centre, the public got their chance to have a go at some of the sports. Wheelchair curling, Biathlon and Para ice hockey made for a fun afternoon before they settled down to watch the world’s best compete on the rink.

The Paralympic mascot Bandabi was not going to miss out on the fun! He was kept busy taking photos with fans, VIPs and athletes and will be making several visits to local schools and communities in the next year to promote the Games as part of POCOG’s Paralympic Educational Programme which travels around the province four times each year and began in 2013.

Saturday’s carnival was also to recognise that on March 9th it will be one year to go until the Paralympic Winter Games begin in 2018. Ticket sales for the Olympic Games were launched on 9 February and tickets for the Paralympic Games will launch later in the year with announcements to be made in the coming months. 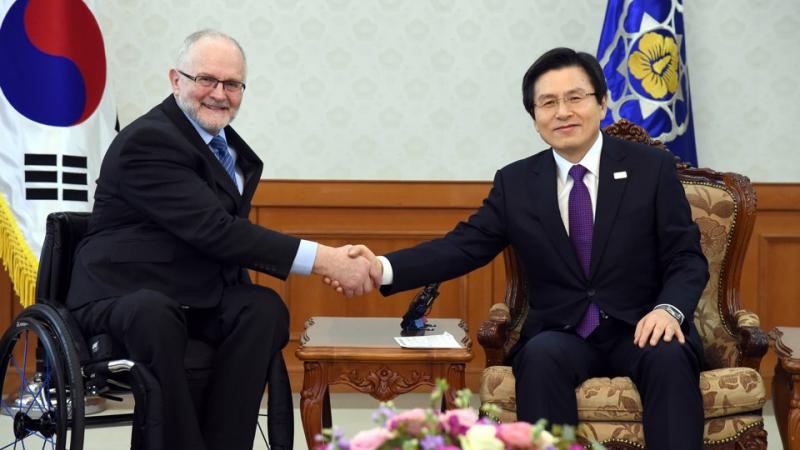