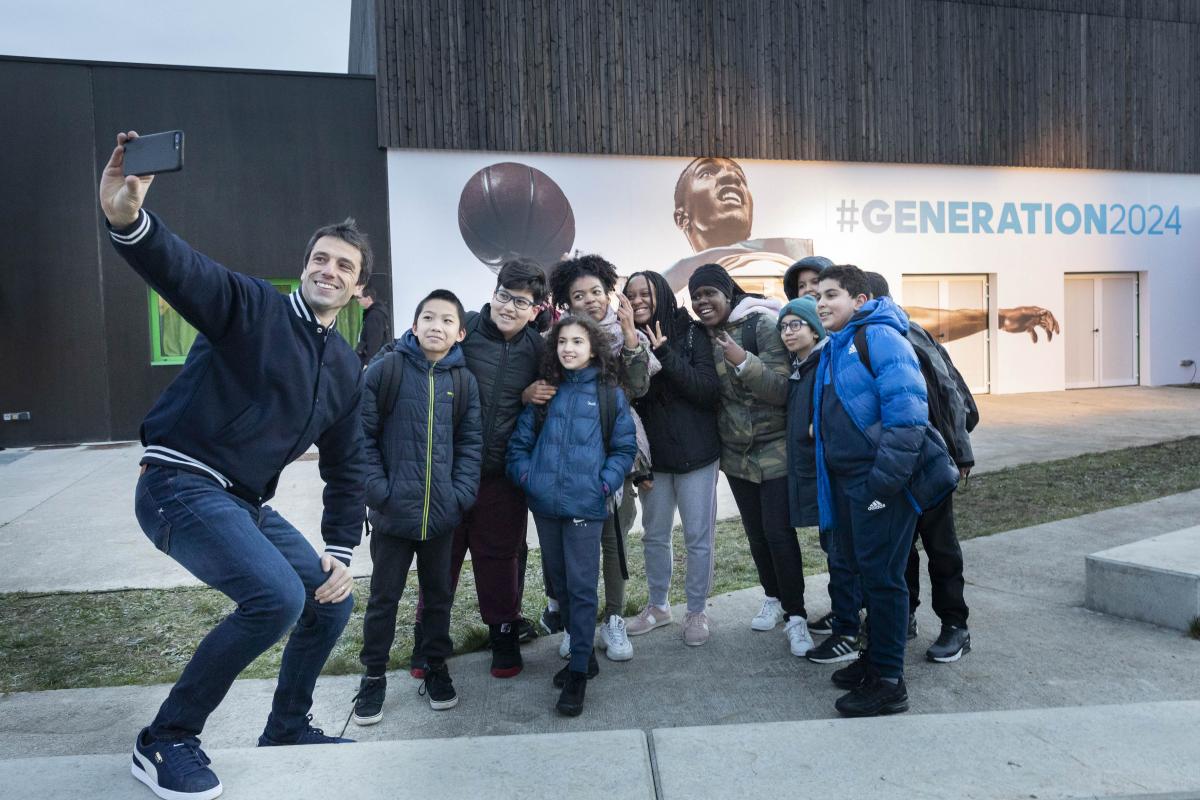 “Every year it shines the spotlight on the positive impact that sport can have, beyond the staging of the Games, by using it and its benefits and values as a driving force for change. We believe in the power of sport."

Olympic and Paralympic Week has returned for the third time at schools and universities across France, as the countdown to the 2024 Games continues. The third edition was launched at a secondary school in northern Paris on Monday (5 February).

Running until 9 February, Olympic and Paralympic Week is taking place in educational establishments across France, from nursery schools to universities. Supported by the French Ministry of Education and the sports movement, it is a key event in Paris 2024’s educational programme, which seeks to promote education through sport and put civic and sporting values at the heart of learning.

Dora Maar Secondary School was chosen for the launch because of its close proximity to the future Paris 2024 Athletes’ Village, and was attended by notable names including Paris 2024 President Tony Estanguet and Sophie Cluzel, French State Secretary in charge of Persons with Disabilities.

After speaking to students about the values of sport, particularly diversity and the need to be more active – the two core themes of the 2019 SOP – the athletes took part in sporting activities involving handball, table tennis, boxing and football, joined by Aminata Diallo (football), Katarrzyna Kiedrzynek (football) and Viknesh Anbarasan (blind football).

After sharing their experiences as young athletes with the students, they respectively pitted their skills against Olympic medallists Jean-Philippe Gatien and Sarah Ourahmoune.

“Every year it shines the spotlight on the positive impact that sport can have, beyond the staging of the Games, by using it and its benefits and values as a driving force for change. We believe in the power of sport.

“We believe sport has a contribution to make to a more active, more inclusive and outward-looking society. School is a vital place for passing on these values and for promoting positive behaviour in children from a very young age.”

What is Olympic and Paralympic Week?

Olympic and Paralympic Week is an annual initiative designed to promote sport among young people and rally the educational community around civic and sporting values. Since 2017, it has been part of the national Ministry of Education syllabus, which was set up during the bid phase. SOP is being rolled out to every school, educational establishment and higher education institution in mainland France and its overseas territories at all age levels, from nursery school through to university.

It is a week in which school time is split between general education, with sport being used for educational purposes, and physical and sporting activities. SOP aims to:

- Raise the students’ awareness about the values of Olympism and Paralympism

- Use sport as an educational and recreational tool

- Encourage youngsters to take up voluntary activities and be civic-minded