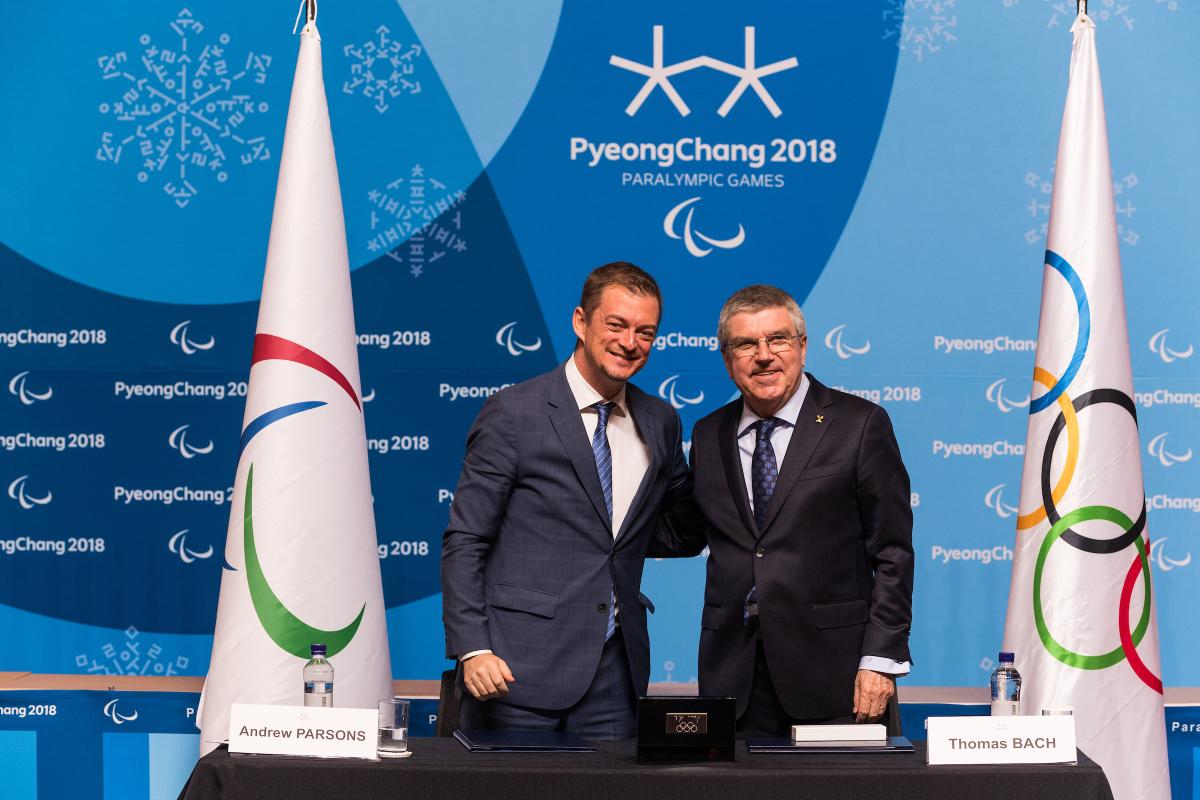 A total of 12 representatives from the Paralympic Movement have been named in 13 IOC commissions, with IPC President Andrew Parsons and Chief Executive Offer Xavier Gonzalez included in several groups.

The IPC representatives named to the commissions are as follows:

Andrew Parsons said: “The appointment of a record number of IPC representatives to the IOC Commissions is a further sign of the growing working relationship and collaboration between the IPC and IOC, a net result of the new long-term agreement we signed in March 2018.

“In line with the IOC’s commitment to improve gender equality, I am also delighted that eight of the 12 IPC representatives on the commissions are women, a record for the Paralympic Movement.”

Women will occupy 30 more commission positions in 2018 compared to last year, reflecting the IOC’s commitment to improve gender equality throughout all levels of sport. Overall 42.7 per cent of the positions across the 26 IOC commissions will now be held by women – an historic high.

This represents an increase of 16.8 per cent in female participation compared to 2017 and an improvement of 98 per cent since 2013.

The IOC’s commission changes also include increases in the number of members from Africa and Oceania.

President Bach said: “The IOC is continuing to increase female participation and geographical representation at every level of the Olympic Movement. We have made significant progress in the past few years and this work will continue. Universality is at the heart of the Olympic Movement, and it is this strength through diversity which unites us all.”

The IOC commissions, in addition to providing assistance to the IOC and to the Organising Committees for the Olympic Games, engage in a range of activities throughout the year, contributing to building a better world through sport. Their work supports the Olympic Movement and helps progress in topics such as the development of “Sport for All”; cooperation with public and private organisations to place sport at the service of humankind; the fight against doping; the promotion of sports ethics and fair play; awareness of environmental problems; financial and educational support for developing countries; and many other areas.

Due to October’s Youth Olympic Games in Buenos Aires, Argentina, the IOC commissions’ meetings for 2018 will exceptionally take place from 14 to 20 January 2019. For 2019, the IOC will go back to its previous schedule, with the review of the commissions’ composition in spring and Commissions’ Week to be held in November 2019.

The review of the scope and composition of the IOC commissions was one of the 40 recommendations of Olympic Agenda 2020, which was approved by the 127th IOC Session in December 2014 in Monaco.

A list of all the commissions can be found here.